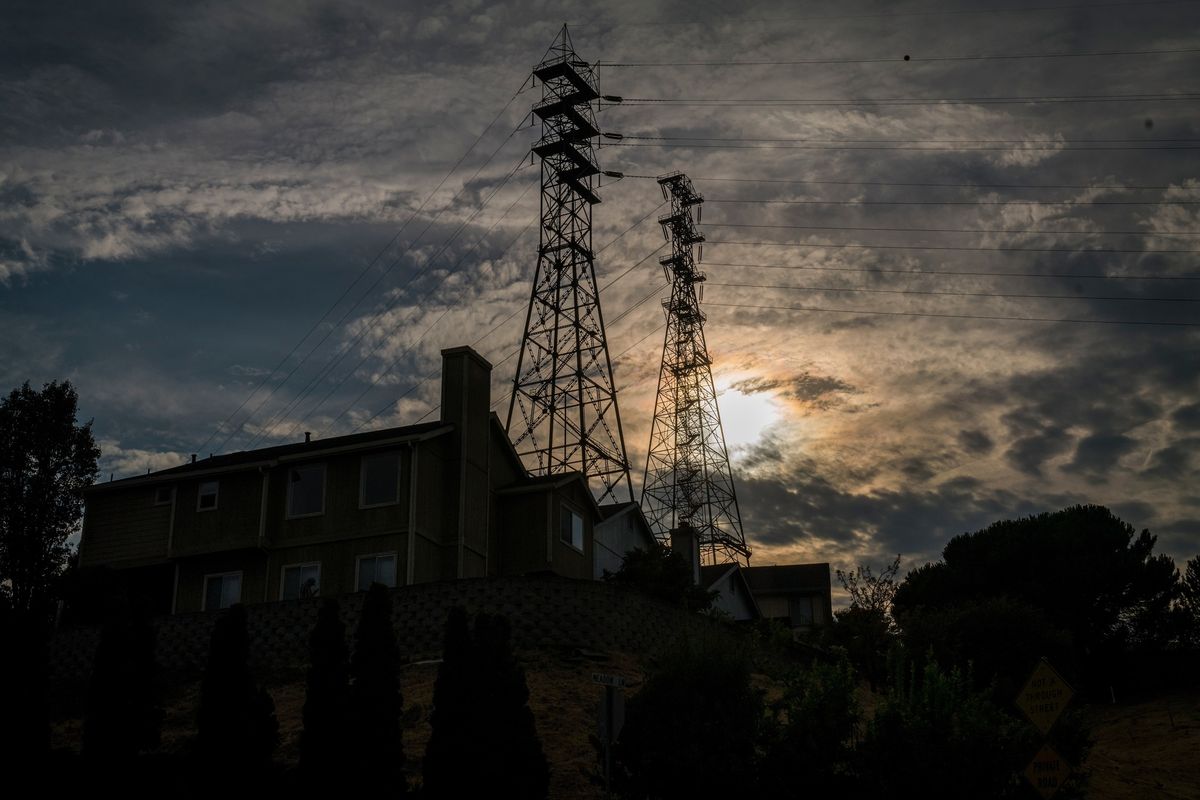 California’s latest blackouts have become yet another stark reminder of the Golden State’s battle with Mother Nature.

PG&E Corp. shut off electricity to 225,000 homes and businesses in areas mostly north of San Francisco on Sunday and was set to turn off power to an additional 136,000 customers in places including the East Bay and South Bay in the evening, as gusts exceeding 50 miles (80 kilometers) an hour swept through an area already bone-dry from heat and drought. Utilities in Southern California warned they may need to cut power, too.

“This is the strongest event we have seen so far this year,” said Karleisa Rogacheski, a meteorologist with the National Weather Service in Sacramento. It’s some of most dangerous weather the state has seen since the Camp Fire erupted in 2018, killing 85 people, she said.

At least three blazes have broken out north of Sacramento mid Sunday afternoon, according to the California Department of Forestry and Fire Protection. PG&E said it may restore power starting Monday afternoon, though some customers may be left in the dark through Tuesday.

The brutal winds, fires and blackouts are the latest blow for a state that’s been battered by violent weather and has already seen a record 4.1 million acres (1.66 million hectares) scorched this year, which cost $1.1 billion to battle. State officials say that climate change is bringing more intense and frequent heat waves and drought, making California more vulnerable to catastrophic fires.

“This is the fire weather forecast I was hoping wouldn’t come to pass, given all that has already transpired in 2020,” climate scientist Daniel Swain tweeted before the power cuts.

363 are Tweeting about this


PG&E has previously cut power four times in 2020 to prevent falling wires from igniting blazes after a scorching summer and autumn. This round is the biggest yet as an estimated 4.2 million people are at risk from extreme fire conditions, according to the National Weather Service.

The winds, fueled by a low pressure system in the Pacific Northwest, were gusting as high as 52 mph in Northern California at 10:30 a.m. local time. Gusts in canyons and atop ridges could hit 70 mph, just shy of hurricane strength.

Come Monday, humidity will be as low as 6% in Redding and just 5% in Grass Valley, according to the National Weather Service. It comes as the state is already riddled with brush and grasses due to some of the warmest temperatures recorded over the last nine months, according to the U.S. National Centers for Environmental Information.

PG&E is cutting power in stages. It began at 10 a.m. local time Sunday in the Northern Sierra region and will continue through Sunday evening, the company said. The outages will hit 36 counties that include the San Francisco Bay area, the Sierra Nevada foothills, the Central Valley and the Central Coast.

The blackouts are hitting densely populated parts of the San Francisco metropolitan area, including portions of Oakland, Berkeley and Marin County — cutting power to many residents who they are working from home due to the coronavirus pandemic. The city of Berkeley advised residents living in the hills to evacuate due to the fire risk, according to a statement.

In Southern California, Edison International said about 71,000 customers could lose power beginning Monday. That’s about 213,000 people based on the size of the average California household. Sempra Energy’s San Diego Gas & Electric Co. is considering about 21,000 outages.

24 are Tweeting about this

Climate change — especially the impact on California — has become one of the focal points of the upcoming election. Earlier this month, President Donald Trump granted the state’s request to declare a major disaster in seven counties hit by this year’s historic fire season, shortly after rejecting it. He has repeatedly blamed poor forest management for the fires.

Much of the U.S. West is at risk from wildfires as stiff winds turn hillsides, forests and scrub land into tinderboxes. In Colorado, two of the largest fires in state history have forced the closure of Rocky Mountain National Park and triggered the evacuation of nearby towns.

More than 8 million people across California will be in high-risk zones, including the cities of Sacramento, Stockton, and San Bernardino, the U.S. Storm Prediction Center said in its long-range forecast.

The outages come on the heels of a blistering heat wave that gripped California earlier this month, driving temperatures to record daily highs. In August, a freak lightning storm sparked more than 150 wildfires in 24 hours. Days before that, the state’s grid operator ordered the first rotating outages since the Enron-era energy crisis of 2001 as scorching weather sent electricity demand surging.

PG&E began resorting to preventative shutoffs after its equipment caused some of California’s worst blazes, forcing the company into bankruptcy last year. PG&E emerged from Chapter 11 in July after paying $25.5 billion to resolve fire claims.

— With assistance by Brian K Sullivan