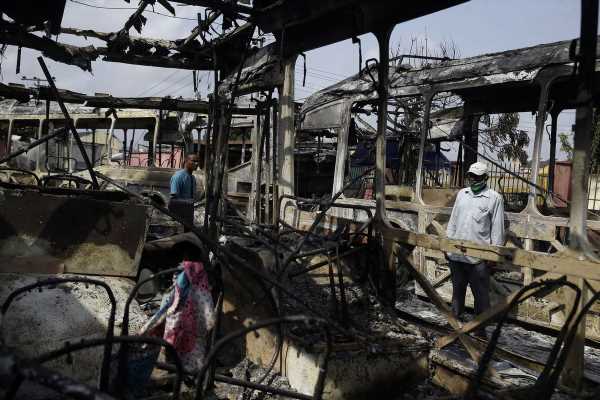 Nigeria will deploy more police forces across several states to halt the looting of businesses and food warehouses following weeks of massive demonstrations.

Police inspector general Mohammed Adamu said in a statement on Saturday that officers will restore order after reports that hundreds of people stormed warehouses to ransack food meant for pandemic relief in at least four states.

In one of the incidents, bags of rice were dropped from the roof of a warehouse swarmed by droves of people in the capital of the central state of Plateau, according to a video posted by daily Thisday. Other local media reported looting in warehouses in Edo state, and gunshots outside a market in the capital Abuja where police tried to disperse a crowd.

The largely peaceful protests, which began on Oct. 5, spread to half of the country’s 36 states after a violent crackdown by security forces sparked international condemnation. The protests are the biggest challenge yet to President Muhammadu Buhari, who was briefly a military dictator during the 1980s.

While he agreed to disband a police unit that’s been at the center of the brutality allegations, Buhari also warned the protesters he won’t allow national security to be compromised.

Buhari told former heads of state that 69 people have died during the demonstrations, including 18 members of the security forces, according to a report by the BBC citing a presidency spokesman.