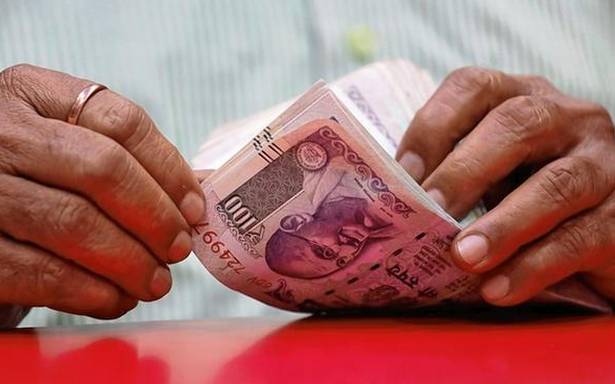 Three weeks after informing the Supreme Court that the Centre would bear the additional compound interest on loans of up to ₹2 crore availed by retail borrowers as well as micro, small and medium enterprises (MSMEs), the government formally communicated the modalities of the scheme to lenders on Friday.

Banks and other lenders, including co-operative banks and non-banking finance companies, have been asked to credit the difference between the compound interest and simple interest for the six month period between March 1 and August 31 into these loan accounts by November 5. This would be implemented even for borrowers who had not availed the moratorium on loan repayments allowed by the Reserve Bank of India (RBI) up to August 31.

At its last hearing on October 14, the Supreme Court had turned down the Centre’s request for a month to implement a scheme to ensure that borrowers with loans of up to ₹2 crore won’t have to bear compound interest on the interest dues accruing on their loans during the moratorium period.

The apex court, which had been hearing petitions seeking an extension of the six month moratorium granted by the RBI on loan repayments, had given the Centre time till November 2 and said “the common man’s Diwali is now in the government’s hands”.

“In view of the unprecedented and extreme COVID-19 situation, the object of the scheme is to provide ex-gratia payment of difference between compound interest and simple interest by ways of relief for the period from March 1, 2020 to August 31, 2020, to borrowers in specified loan accounts,” the Finance Ministry said in its communique laying out the scheme’s contours.

The scheme shall be applicable for loans availed by MSMEs as well as loans to retail customers for education, housing, consumer durables, automobiles, provided an individual borrower has an aggregate outstanding loan of ₹2 crore or less, from all such loans. Credit card dues have also been included in the scheme’s ambit.

The ex-gratia payment shall be admissible, irrespective of whether the borrower had availed the moratorium partly, fully, or not at all, the Ministry said. However, this would only be permitted for loan accounts that had not been reported as non-performing assets as on February 29. A loan is recorded as a non-performing asset or NPA, 90 days after repayments become overdue.

A mechanism has been put in place for banks to claim the amount back from the government, as per the missive sent on Friday to the RBI , National Bank for Agriculture and Rural Development (NABARD) and all other financing institutions. Lenders have to submit claims for reimbursement by December 15 through a special cell set up in the State Bank of India (SBI).

Lenders have been asked to set up a grievance redressal mechanism for eligible borrowers under the scheme within a week, keeping in mind the guidance issued by the Indian Banks’ Association regarding the resolution framework for COVID-19 related stress.

For resolving grievances of the lenders while implementing the scheme, the dedicated cell for the scheme in SBI will work in tandem with the Finance Ministry.