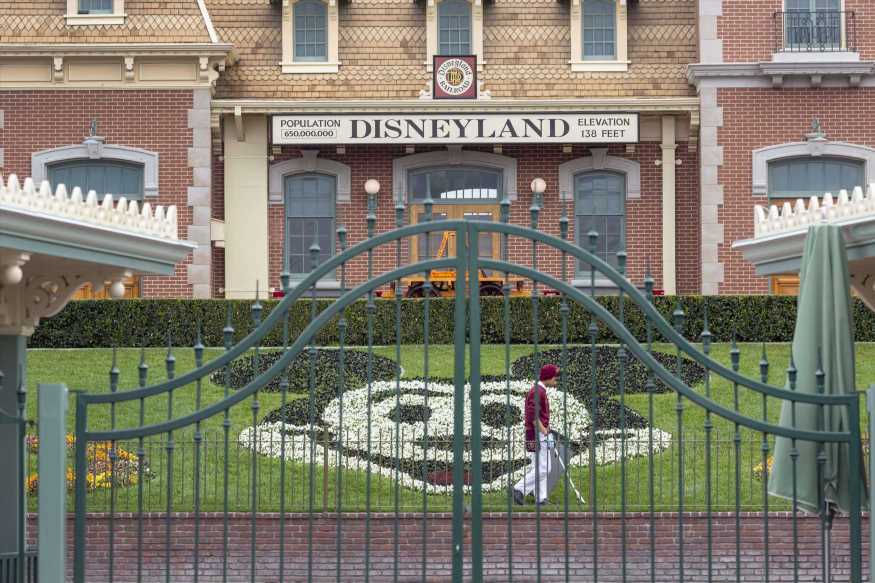 California theme parks are exploring legal action in order to pressure the state into allowing amusement parks to reopen.

"All options are open at this point," Erin Guerrero, executive director of the Californian Attractions and Parks Association, said during a news conference Wednesday.

Parks in the state were dealt devastating news Tuesday that they would not be permitted to reopen unless cases in their counties had reached the "minimal" tier, or less than one case per 100,000 residents.

Smaller theme parks with a capacity of 15,000 visitors or less will be permitted to reopen when their counties reach the "moderate" spread level, the state said.

The strict guidance from California health officials pushes the reopening of these parks by months. Alongside Guerrero at the media conference were senior executives from Disneyland, Universal Studios Hollywood, Legoland and Knott's Berry Farm. All of these parks have been closed since mid-March because of the ongoing coronavirus pandemic.

These delays are devastating for these theme park businesses, which have collectively lost billions over the last eight months. In September, Disney was forced to lay off 28,000 employees from its theme parks, blaming California's restrictions for the decision.

"Pushing us into Tier Four behind other businesses that have already reopened makes no sense," Karen Irwin, president and chief operating officer of Universal Studios Hollywood, said in a statement Tuesday. "It ignores science, reason and the economic devastation this will bring to the thousands of our employees, the indirect businesses that rely on us and our industry overall."

"We should be in Tier Three, along with other industries that have proven they can reopen responsibly," she said. "Our employees are ready to go back to work and the fact that they won't be able to do so until well into next year is shameful."

Meanwhile, major theme parks in Florida have reopened without any major incidents being reported. These parks have instituted strict social distancing guidelines, testing of employees and mandatory masks policies.

"We have proven that we can responsibly reopen, with science-based health and safety protocols strictly enforced at our theme park properties around the world," Ken Potrock, president of Disneyland Resort, said in a statement Tuesday.

"Nevertheless, the State of California continues to ignore this fact, instead mandating arbitrary guidelines that it knows are unworkable and that hold us to a standard vastly different from other reopened businesses and state-operated facilities."

"Theme parks, even though they are outside, can be a playground for this virus," Kullar said.

Kullar said that even though these parks are outside, there are a lot of strangers around and there's no way of knowing if they are being safe in their daily lives.

"Being at a theme park, it will be very difficult for people to keep their facemasks on, physically distance, keep hand hygiene at the top of their minds and not gather in mass crowds," she said. "In the meantime, if you want Disneyland and Universal Studios to open, take the virus seriously and mask up."

Disclosure: Comcast is the parent company of NBCUniversal and CNBC.