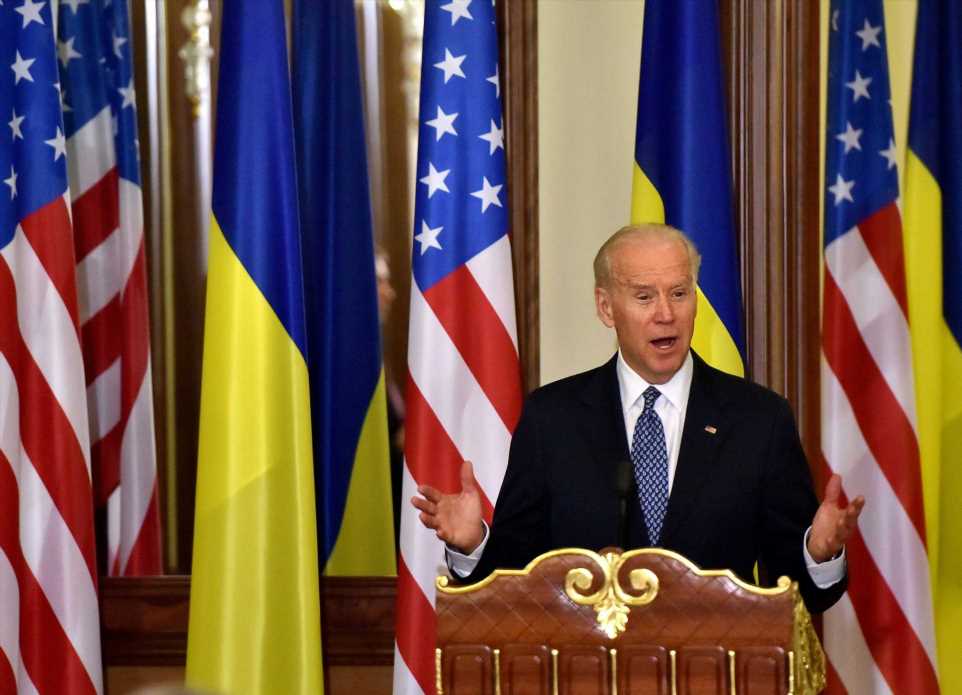 Despite some tough sanctions and even tougher criticism, Russia has not topped America's foreign policy priorities under President Donald Trump, who has appeared to have a congenial relationship with his counterpart Vladimir Putin.

However, that could all change if Democrat nominee Joe Biden wins the November 3 election, according to experts, who are weighing up the implications of a Biden presidency on U.S.-Russia relations.

At the very least, analysts expect that a victory for Biden would increase tensions between Washington and Moscow, and would raise the probability of new sanctions on Russia.

The country is already operating under international sanctions on some key sectors and Russian officials close to Putin, for actions including its annexation of Crimea from Ukraine in 2014, interference in the U.S. election in 2016 and reported involvement in a nerve agent attack in the U.K. in 2018.

Andrius Tursa, central and eastern Europe advisor at Teneo Intelligence, said a win for Biden would improve transatlantic ties between the U.S. and Europe and would see "a renewed U.S. commitment to NATO" that would be welcomed by Europe.

However he also said such a result would mean "mostly downsides for Russia," citing a recent history of mutual distrust and acrimonious relations between the Kremlin and U.S. Democrats.

"In general, a potential Biden presidency would be negative for Moscow and likely lead to a further deterioration of bilateral relations, both in terms of rhetoric and substance. The Democratic Party's candidate has long maintained a tough stance towards President Vladimir Putin's administration," Tursa said in a note Friday.

"The Kremlin's disdain for Biden, meanwhile, dates back to his vice-presidency, particularly his push for sanctions against Russia in response to the 2014 Ukrainian crisis."

A meaningful conflict resolution over Crimea, and in the Donbass region in east Ukraine (where there are two pro-Russian regions that declared themselves republics) still eludes Moscow and Kiev, despite efforts by Germany and France to broker a lasting settlement that both sides can live with.

Tursa argued that without tangible process in conflict resolution in Donbass and Crimea – a region Biden was heavily involved in as vice president – "Moscow could hardly expect any meaningful easing of sanctions," and that a potential Biden presidency could lead to more stringent enforcement of existing measures.

The risk of new sanctions could also increase, he said, given allegations of Russian interference in the 2020 presidential election.

Any new sanctions on Russia are unlikely to be imposed immediately, however, according to Timothy Ash, senior emerging markets strategist at Bluebay Asset Management.

He said on Saturday that "while I do think the course of U.S.-Russia relations will remain on this deteriorating path I am not sure that we should expect an immediate rollout of additional 'pent up' sanctions on Russia."

"I think those candidates likely to be running Russian affairs in a Biden presidency are all pretty experienced and level headed. They won't want to roll out sanctions for sanctions sake. They will want to be very proportionate and logical in approach," he said, emphasizing that it's "important for the U.S. to have a business-like relationship with Russia to ensure delivery on the U.S.'s strategic interests."

He said the two sides, under a Biden presidency, would have to "learn where they can tolerate each other and get along on certain areas of mutual interest — such as arms control — and reducing risks of conflict where strategic interests compete, for example on areas like Ukraine, even Belarus and Turkey. Sanctions will be part of the tool kit herein, but only one such tool."

Arms control is an area that both Russia-watchers believe could be a point of mutual interest and some harmony, however. Biden has signaled as much, saying in 2019 that he would want to see an extension of the major U.S.-Russian nuclear arms reduction treaty, known as the New Strategic Arms Reduction Treaty, or the implementation something similar.

"Based on recent statements from both sides, negotiations on a new Strategic Arms Reduction Treaty (START) is one area where progress could be expected if Biden is elected," Teneo's Tursa said. "However, the timeline would be extremely challenging as the current treaty expires on 5 February 2021."

Russia itself has acknowledged that arms control could be one positive dynamic under a Biden presidency. Earlier in October, Putin criticized what he called "sharp anti-Russian rhetoric" from Biden, but also said that he had been encouraged by Biden's comments regarding a new arms treaty or extension of new START.