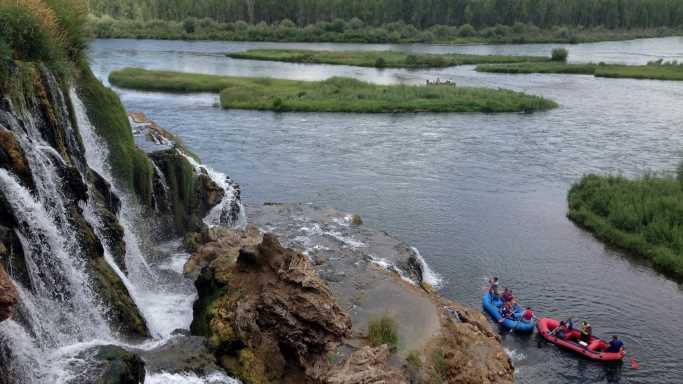 Drought is defined as “a period of dryness especially when prolonged” Drought has plagued some portions of America, particularly states on the West Coast and Southwest for years, and in some cases decades. It has been listed as a major cause of the wildfires in Oregon and California. Crippling drought, which affects water availability and farming, runs through areas of Colorado, Utah, Arizona, and New Mexico. However, there are several states which do not have a single area of drought at all.

Six states do not have any areas which are listed as D0, D1, D2, D3, or D4. In the Northeast, according to the National Drought Mitigation Center, New Jersey and Delaware are drought-free. In the Southwest, they include Virginia, North Carolina, and Florida. In the center of the country, Tennessee qualifies.

Unfortunately, all of the states on the drought-free list are plagued by events that cause flooding. States along the Eastern Seaboard which run from Florida to New York have been hit by hurricanes and especially large ones over the last decade. Among the most notable of these is Hurricane Sandy in October 2102 which destroyed huge coastal areas up to and including New England. Hurricanes have become more frequent and violent, and the frequency with which these storms hit the U.S. reached a record this year.

Tennessee was hit by “100-year floods” in 2010. As recently as this year, Nashville and the areas around it were flooded so badly that parts of the city were underwater. The history of major floods in Tennessee goes back to 1847.

During a period in which drought is in the headlines every day, some states have been uneffected. But, they do have weather trouble, which almost always included too much water.