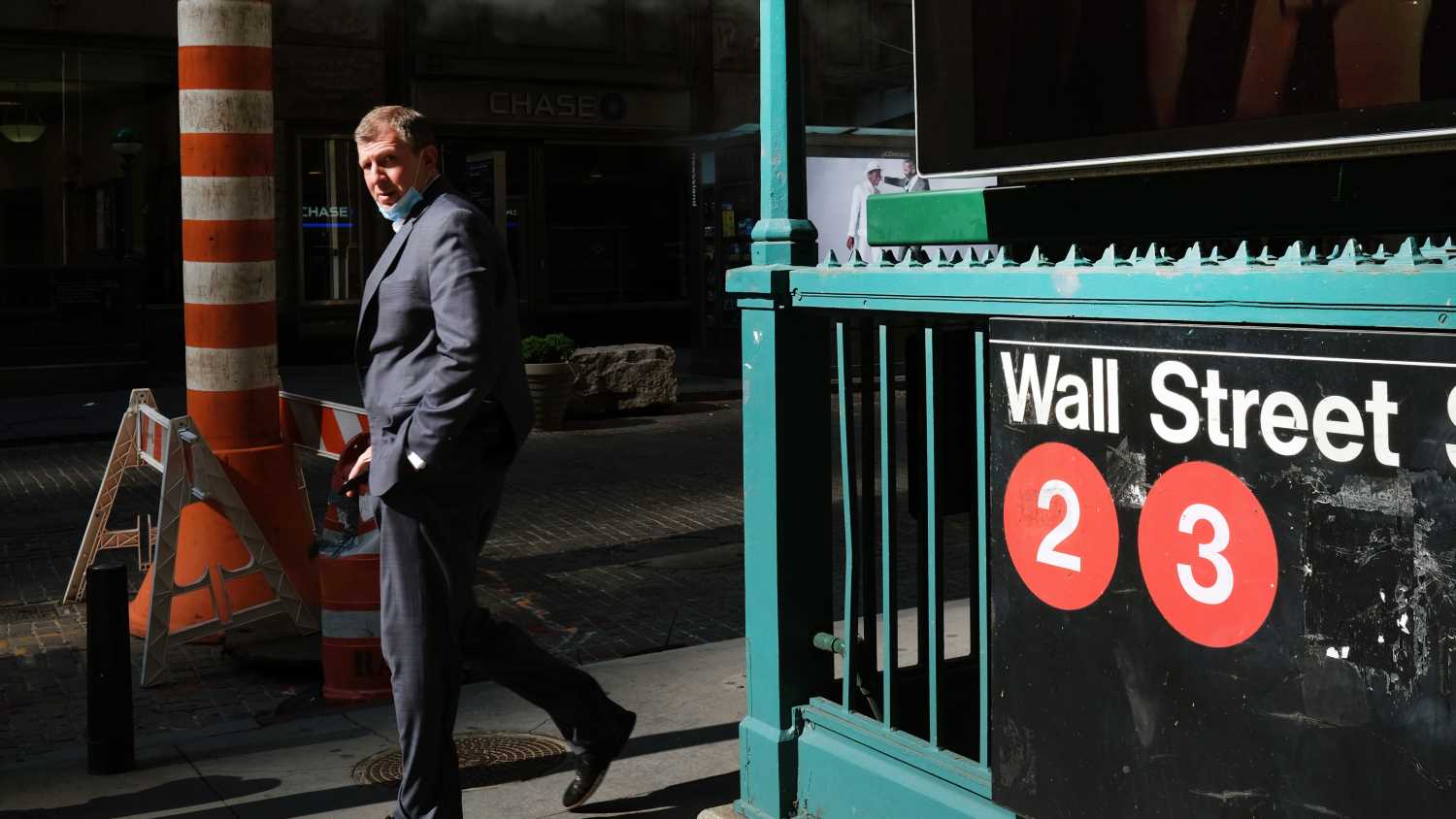 U.S. stock futures pointed to a higher open Wednesday, one day after the first down session in the past five for the Dow, S&P 500 and Nasdaq, as investors digest more bank earnings and keep watch for any coronavirus stimulus developments out of Washington. Despite Tuesday's slide, the October gains for the Dow, S&P 500 and Nasdaq are still larger than the losses they experienced in September. (CNBC)

Bank of America (BAC) shares fell in the premarket after the lender posted third-quarter results that missed on revenue. The firm said Wednesday it generated $20.45 billion in total revenue. Profit in the quarter slumped 16% to $4.9 billion, or 51 cents a share, edging out the 49-cent estimate.

Shares of Wells Fargo (WFC) dropped in the premarket after the bank on Wednesday reported disappointing earnings for the third quarter as low rates put pressure on net interest income. Wells Fargo earned 42 cents per share on better-than-expected Q3 revenue of $18.86 billion.

IN THE NEWS TODAY

Eli Lilly's (LLY) shares were under mild pressure in the premarket after confirming to CNBC late Tuesday that U.S. health regulators have paused the drugmaker's late-stage trial of its leading monoclonal antibody treatment for the coronavirus. The news came less than 24 hours after Johnson & Johnson confirmed that its late-stage coronavirus vaccine trial was paused after a participant reported an "adverse event" the day before.

Billionaire philanthropist Bill Gates criticized the U.S. response to the coronavirus, telling CNBC the nation ranks "quite low compared to other countries" in executing testing and delivering a clear message on safe social practices such as wearing masks. "That's a purely technical thing, not a political thing. Most governments take advantage of their scientists and listen to them," Gates said.

President Donald Trump is set to talk about his economic agenda Wednesday morning in an Economic Club of New York webcast. Continuing his swing through battleground states, Trump holds a campaign rally in Iowa later in the day. The president's visit to Des Moines comes as the state remains under a public health emergency declared by Republican Gov. Kim Reynolds on March 17. (AP)

Judge Amy Coney Barrett will face a second day of grilling at her Supreme Court confirmation hearing from lawmakers on the Senate Judiciary Committee on Wednesday after fending off questions on Obamacare and abortion in a marathon session Tuesday. (CNBC)

Billionaire investor Ron Baron believes Tesla (TSLA) will be a $2 trillion company after shares of the Silicon Valley automaker have surged more than 400% this year. Baron, a longstanding Tesla supporter and shareholder, said Wednesday morning on "Squawk Box" that he believes Tesla's vehicle sales will grow 50% annually in the coming years. Tesla's current market cap is $416.2 billion. (CNBC)

Walmart (WMT), a Dow component, said Wednesday it will have in-store Black Friday sales, but it's breaking them up into three different shopping events. The big-box retailer is taking safety precautions, such as sanitizing shopping carts and limiting customers inside the store. Walmart is planning to take steps to discourage crowds and nudge some bargain hunters online, too. (CNBC)

The most bullish Apple (AAPL) analysts were predicting a new "super cycle" for the iPhone ahead of Tuesday's iPhone 12 announcement. But as CNBC's Steve Kovach reports, Apple will have to grapple with an ongoing pandemic and make a more compelling case for its introduction of 5G.

UnitedHealth (UNH), a Dow stock, reported an adjusted quarterly profit of $3.51 per share, beating the consensus estimate of $3.09, with revenue also above forecasts. UnitedHealth also said medical care trends that had been disrupted by the pandemic are now moving closer to normal. UnitedHealth also raised its full-year outlook.

PNC Financial (PNC) earned $3.39 per share for the third quarter, well above the $2.12 consensus estimate, with revenue also above forecasts. It set aside $52 million to cover possible bad loans, compared to $2.46 billion in the prior quarter.

US Bancorp (USB) beat estimates by 8 cents with quarterly earnings of 99 cents per share, with revenue above estimates as well. US Bancorp saw lower net interest income and higher expenses, but did see strength in its fee-based businesses.

Bed Bath & Beyond (BBBY) agreed to sell its Christmas Tree Shops retail chain, Linen Holdings institutional business and a Florence, NJ distribution center to various buyers for a total of about $250 million. The housewares retailer said the moves were made to allow it to focus on its core business.

ConocoPhillips (COP) is in talks to buy rival energy producer Concho Resources (CXO), according to people familiar with the matter who spoke to Bloomberg. A deal could be announced in the next few weeks, but it could also fall through.

AMC Entertainment (AMC) CEO Adam Aron denied a Bloomberg report that the movie theater operator was considering bankruptcy, telling Reuters in an interview that the company is only considering raising new capital through equity sales.

Pearson (PSO) said it was on track to meet market forecasts for 2020, with increased demand for online learning helping to offset the negative impact of canceled tests and closed schools. Underlying sales for the education company did fall by 10 percent during the third quarter.

Pilgrim's Pride (PPC) will pay a $110.5 million fine to resolve Justice Department charges that the poultry producer conspired to fix chicken prices. The plea deal means that no further charges will be brought against the nation's second-largest chicken producer.

Theme park operator Six Flags (SIX) will cut 240 employees, or about 10%, of its full-time workforce. Six Flags said it was offering the impacted workers severance pay and outplacement services.

Although Major League Baseball switched its postseason to a multiple-city bubble environment in an effort to complete its Covid-19 shortened season without more delays, it seems unlikely the National Football League will copy. (CNBC)