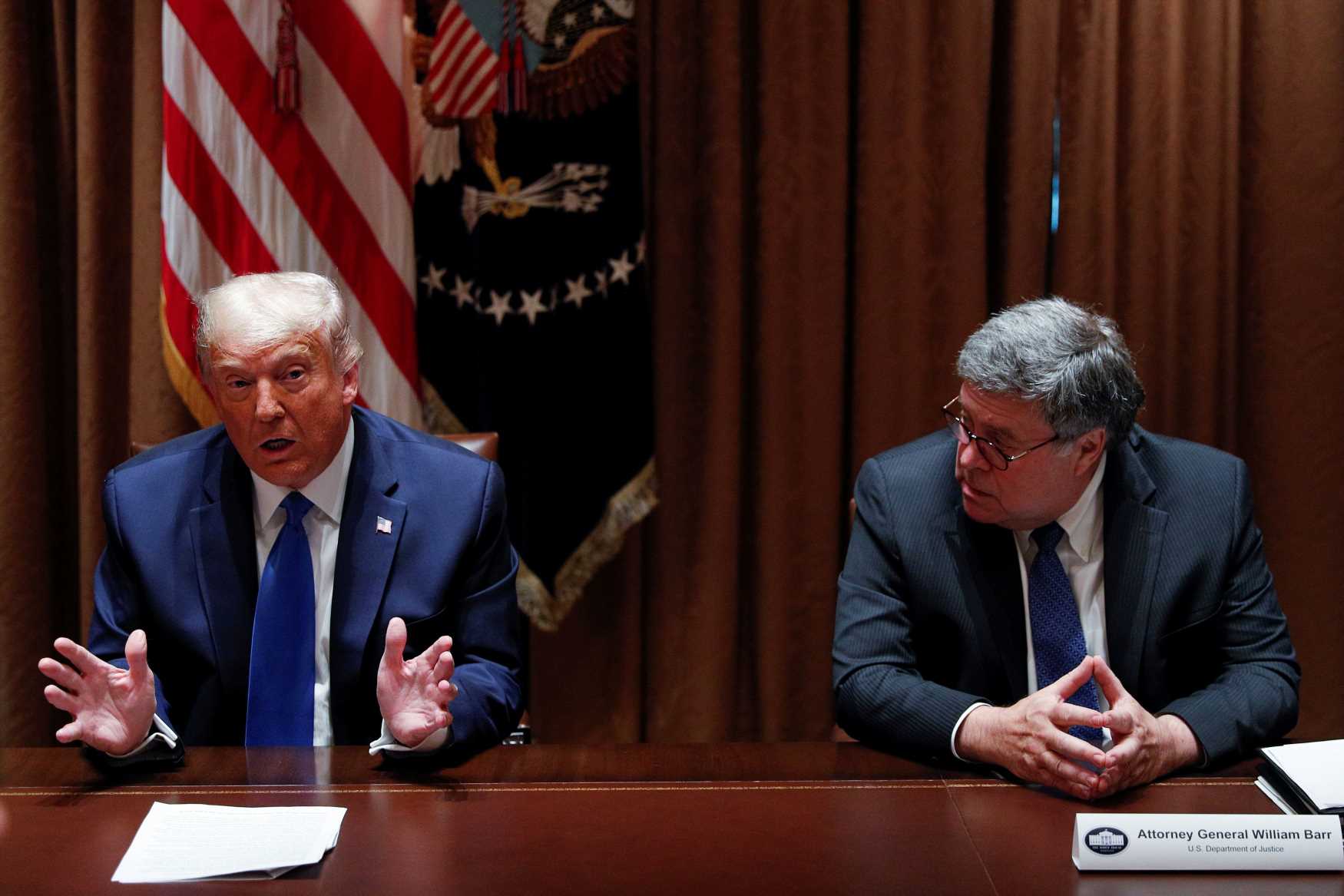 President Donald Trump refused to say when asked Wednesday if he would keep William Barr as his attorney general in a potential second term.

But the president added: "I'm not happy."

Trump's chilly remarks toward Barr, the head of the Department of Justice, came in a phone interview with Newsmax that was set to air later Wednesday evening and on the heels of news that a DOJ probe into the origins of the Russia investigation would not be released before Election Day.

"I have no comment," Trump responded when asked whether Barr will keep his job if the president wins reelection over Democratic nominee Joe Biden.

"Can't comment on that, it's too early. I'm not happy, with all of the evidence I had, I can tell you that. I am not happy," Trump said.

Trump had expressed impatience with his attorney general just days earlier, during a live radio interview Friday with Rush Limbaugh. When Trump was told that Barr had reportedly warned Republicans not to expect the DOJ's probe into the origins of the Russia investigation to be released before Election Day, the president replied, "If that's the case I think it's terrible. It's very disappointing. And I'll tell him to his face."

That probe, which is being overseen by U.S. Attorney John Durham, is investigating the DOJ's decision under the Obama administration to open an inquiry into Trump's presidential campaign in 2016 and its contacts with Russia.

The results of Durham's probe have been hotly anticipated by the president and his supporters, while Democrats have accused Barr of pursuing the investigation based on political motivations.

Excerpts from Trump's most recent interview with Newsmax came a day after The Washington Post reported that another investigation by the Justice Department, which delved into the "unmasking" of Trump campaign officials during the Obama administration, had concluded without finding wrongdoing.

Trump has repeatedly asserted that Biden, former President Barack Obama and others should face charges for, as he claims, "spying" on his 2016 presidential campaign.

"Unless Bill Barr indicts these people for crimes — the greatest political crimes in the history of our country — then we're going to get little satisfaction unless I win," Trump said on Fox Business last week. "But these people should be indicted, this was the greatest political crime in the history of our country. And that includes Obama and it includes Biden."

Barr is Trump's second attorney general after Jeff Sessions, who was frequently criticized by the president following his decision to recuse himself from former special counsel Robert Mueller's Russia probe.