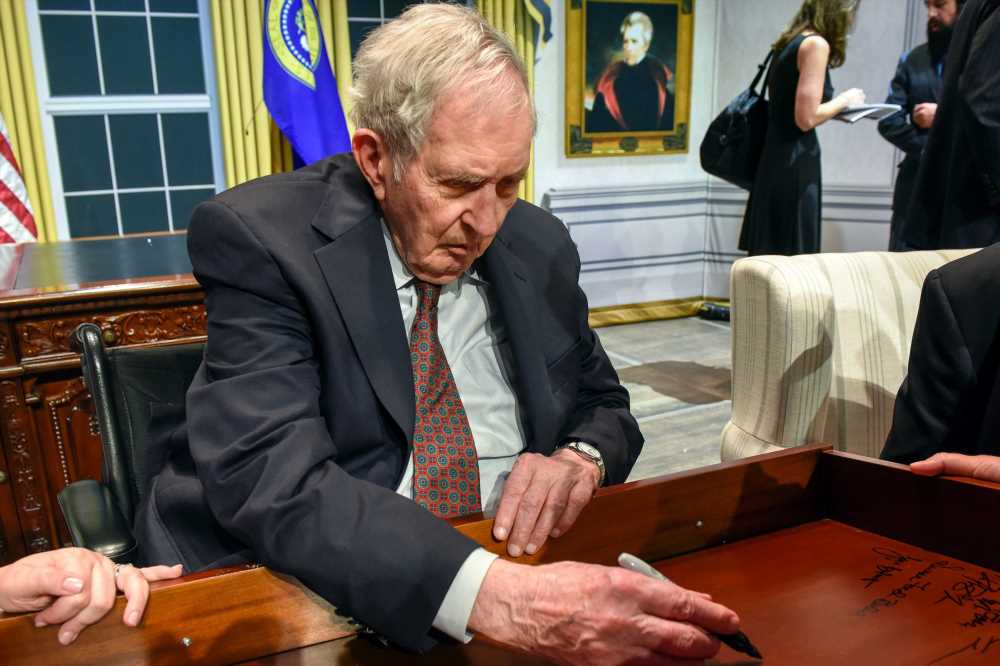 Lyon Gardiner Tyler Jr. — a lawyer and historian and grandson of the United States' 10th president, John Tyler — has died, according to The New York Times. He was 95.

He died on Sept. 26 in Franklin, Tennessee, from what his daughter, Susan Selina Pope Tyler, said was complications of Alzheimer's disease, the Times reported.

Lyon is survived by his 91-year-old brother, Harrison Ruffin Tyler.

Lyon's remarkable links to the country's first century — his grandfather was president from 1841 to 1845 — were made possible in part because the former president had his son, Lyon Sr., very late in life.

Lyon Sr. in turn had Lyon Jr. when he was his 70s. This means that the younger Lyon was born 135 years after his grandfather. Born in January 1925 to Lyon Gardiner Tyler Sr. and Susan Ruffin Tyler in Richmond, Virginia, Lyon lived out his younger years in Charles City County, Virginia, per an obituary on WilliamsonHerald.com.

After graduating from St. Christopher’s School in 1941, he went on to attend The College of William and Mary at age 16, where he was president of the school's student body and a member of the Kappa Alpha Order.

His educational career was brought to a halt in 1942, because of World War II, where he served as a naval officer in the Pacific theater. Following the war, he served in the Naval Intelligence Reserves and retired as a commander, according to his obituary.

From there he earned a law degree from the University of Virginia and practiced law in Richmond and Charles City County.

According to the Times, Lyon's presidential grandfather was born shortly after George Washington's first inauguration in 1790 and grew up on a Virginia plantation. Tyler later went on to become the nation's 10th president after the death of his predecessor, William Henry Harrison in 1841 — the first vice president to succeed a president in this way.

According to the Times, Tyler was "a lifelong slaveowner and a champion of states' rights," which at that time hinged on the issue of slavery.