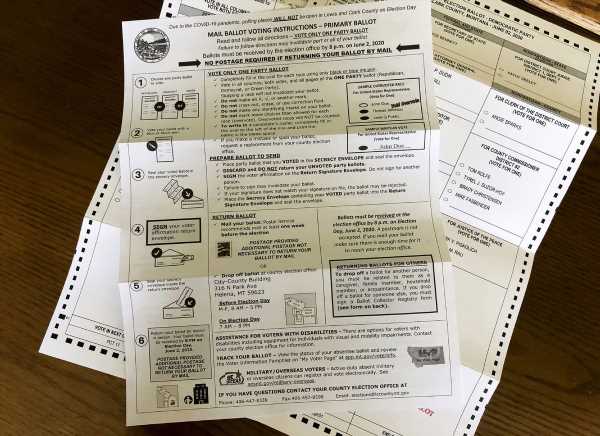 President Donald Trump’s campaign lost an effort to block Montana election officials from automatically mailing ballots to all registered voters for the Nov. 3 election — a setback for Republicans in a state with a tight Senate race that could help flip control of the chamber to Democrats.

U.S. District Judge Dana L. Christensen in Helena, Montana, on Wednesday denied the campaign’s request for an injunction blocking the plan, saying there was no evidence it would lead to rampant voter fraud in the state. Mail-in ballots have been used widely in Republican-leaning Montana for two decades.

“Central to some of the plaintiffs’ claims is the contention that the upcoming election, both nationally and in Montana, will fall prey to widespread voter fraud,” said Christensen, a Barack Obama appointee. “The evidence suggests, however, that this allegation, specifically in Montana, is a fiction.”

Trump and the Republican National Committee have used allegations of voter fraud to try to block similar plans for mailing ballots or applications in several states, including Nevada, where a judge dismissed the campaign’s suit due to a lack of evidence. The claim is part of a broader effort led by Trump to cast doubt on the security of mail-in ballots.

Trump’s campaign and the GOP “have not introduced even an ounce of evidence supporting the assertion that Montana’s use of mail ballots will inundate the election with fraud,” Christensen said.

The judge’s decision is a victory for Governor Steve Bullock, a Democrat who argued the measure was necessary to help voters avoid crowded polling places during the coronavirus pandemic. The popular term-limited governor is running against Republican incumbent Steve Daines for one of Montana’s two U.S. Senate seats.

Though Montana is considered firmly in Trump’s column for the presidential election, the senate race is closer, and the outcome could help determine which party holds a majority after the election.

At a hearing last week, a lawyer for the Trump campaign conceded that there wasn’t much voter fraud in Montana. That didn’t stop the Republicans from filing suit.

Several recent court rulings in swing states have criticized Republicans for failing to back up their claims that increased mail-in voting will lead to massive voter fraud. Trump has led that charge, repeatedly saying without evidence that absentee ballots will result in a “rigged” election.