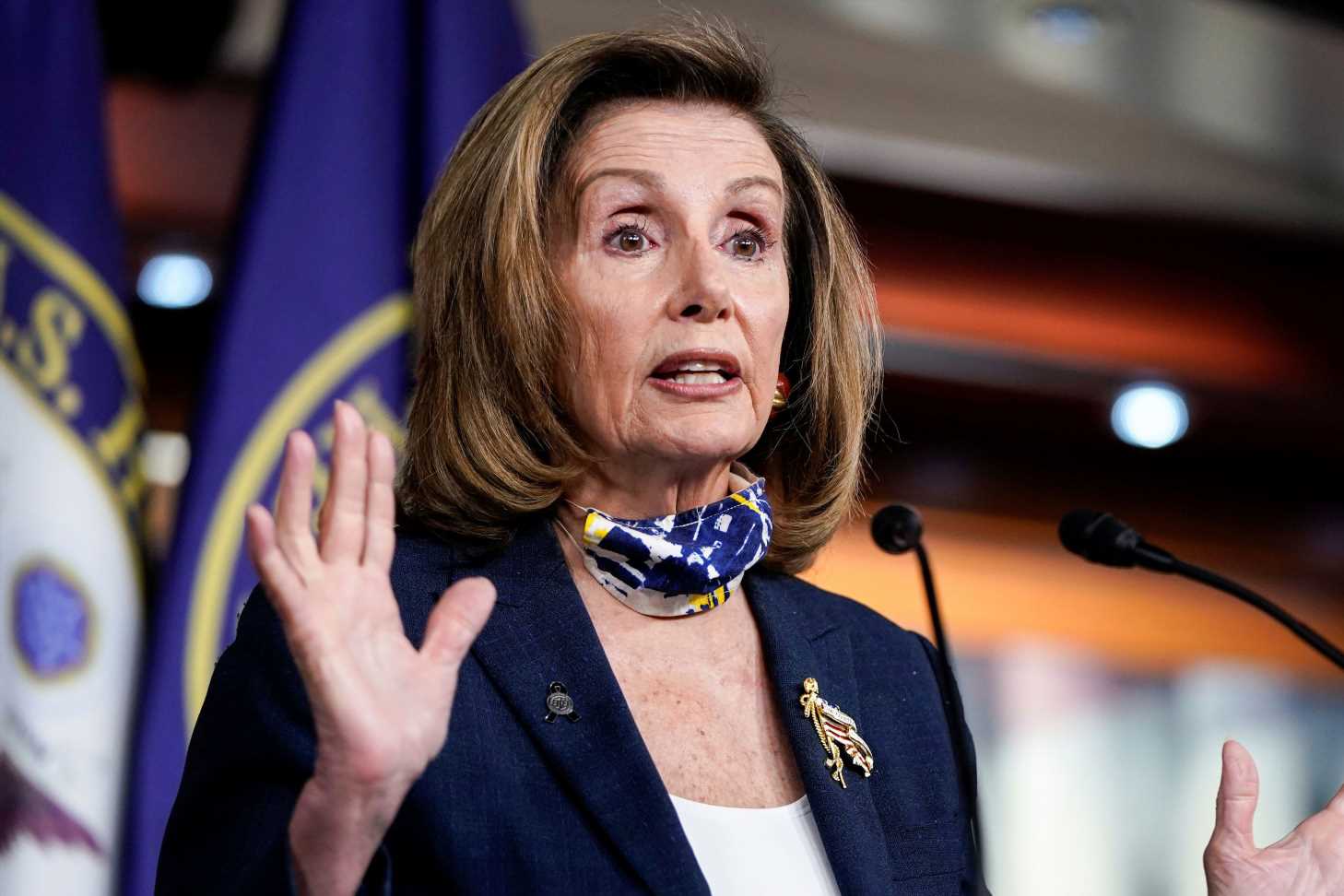 House Democrats are preparing a new, smaller coronavirus relief package expected to cost about $2.4 trillion as they try to forge ahead with talks with the Trump administration, a source familiar with the plans said Thursday.

The bill would include enhanced unemployment insurance, direct payments to Americans, Paycheck Protection Program small-business loan funding and aid to airlines, among other provisions, the person said. To reach the price tag, Democrats would chop roughly $1 trillion from their previous proposal for a fifth pandemic aid plan.

Pelosi directed Democratic committee chairs to draft legislation, according to Politico, which first reported on plans to craft another bill. The House could vote on a bill as soon as next week, but Democrats have not yet decided on a plan, the outlet reported.

Democrats and Republicans have failed to come to agreement on more aid to combat the health and economic damage from the crisis, even after a $600 per week supplemental unemployment benefit, a federal moratorium on evictions and window to apply for PPP loans lapsed. Hopes for more legislation dwindled in recent weeks as Republicans grew wary of spending and election-year politics infiltrated the process.

The GOP put together a scaled back bill after a measure costing about $1 trillion that they released in July failed to lead to a bipartisan breakthrough.

The discussions about a relief  proposal come as concerns grow about the potential for the U.S. economic recovery, boosted by the trillions in relief Congress has passed this year, to falter. Federal Reserve Chair Jerome Powell, among other economic experts, has warned the economy could take a hit without more fiscal stimulus.

While the U.S. has enjoyed several months of strong jobs growth after coronavirus-related shutdowns led to widespread layoffs, the national unemployment rate still came in at 8.4% when last measured in August. On Thursday, the Labor Department said initial jobless claims rose slightly to 870,000 last week.

The Nov. 3 election has, of course, factored into lawmakers' calculations on whether to pass more aid and how to structure it. Vulnerable Senate Republicans and House Democrats have pushed for concrete actions they can show constituents when campaigning as both parties try to keep their majorities.

As Pelosi has repeatedly said she would only pass a comprehensive pandemic aid plan, some House Democrats have pushed to approve more targeted legislation.