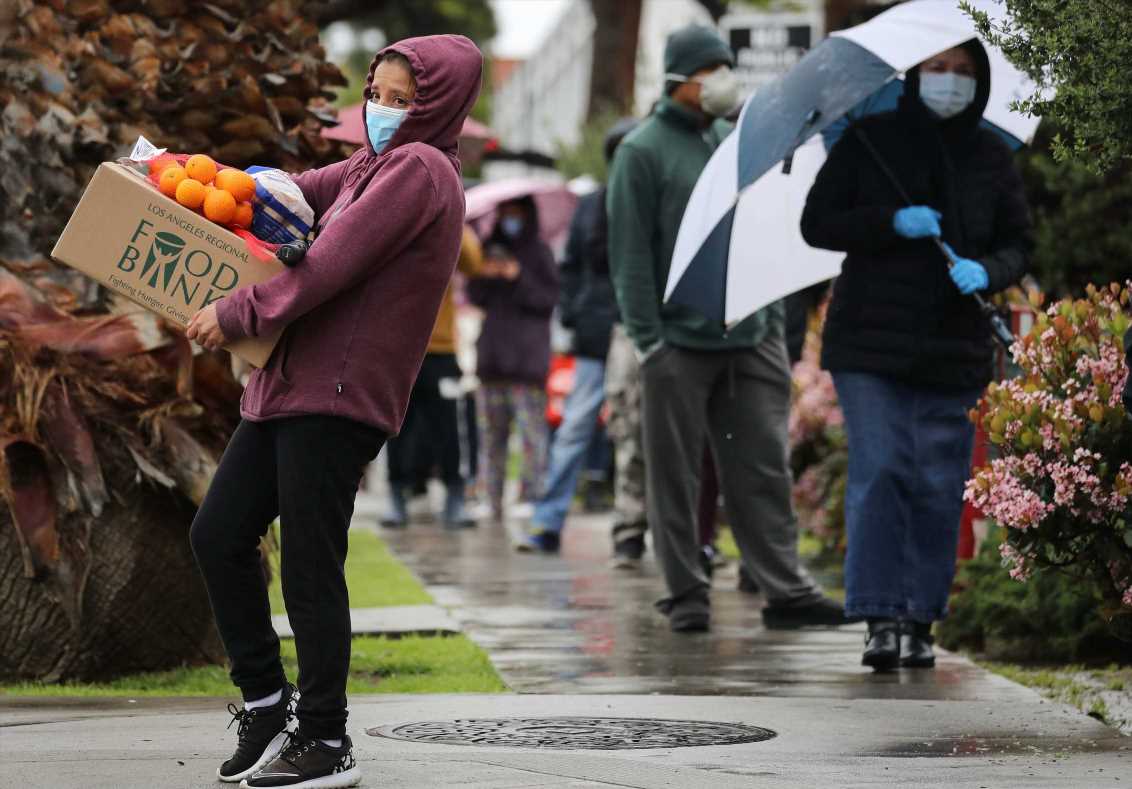 The economic crisis unleashed by the coronavirus pandemic may be over for some groups of Americans — primarily the wealthy and White — even as it lingers in other corners of the country.

No group was spared from the recession's initial shock, which pushed unemployment to heights unseen since the Great Depression.

But the wealthy, White and higher-educated were the least likely to lose their jobs. And those among them who did have largely recovered.

Meanwhile, the stock market and real estate — assets disproportionately held by these cohorts — have boomed, further boosting their wealth. Financial stimulus also helped them boost savings more readily than others.

That remarkable recovery masks deep and continuing financial pain for other groups, like people of color, lower earners, women and workers with less education. Such groups are more likely to report hardship like food insecurity and trouble paying rent.

While they, too, have bounced back a bit since the depths of the crisis in April, the pace of that progress is stalling, at the same time that financial-aid measures have ended, said John Friedman, an economics professor at Brown University.

"The story of the recession for low- and high-income individuals is very different," he said. "From an economic perspective, high-income families are by and large doing fine."

The dynamic has led some economists to dub this a "K-shaped" recovery due to its divergent nature.

Sectors like leisure and hospitality that took the biggest beating during the downturn disproportionately hire women and people of color and tend to pay lower wages, according to Wendy Edelberg, director of the Hamilton Project, an economic policy arm of the Brookings Institution, a think tank.

The unemployment rate, a traditional measure of financial hardship, among Asian and Black Americans peaked at nearly 15% and 17%, respectively, in April. Latino unemployment ballooned to almost 19% — meaning about 1 in 5 adults who wanted a job couldn't find work.

The rate was lower for Whites, at just over 14% — which is still high by historical standards. But they are the only racial or ethnic group to see it dip back below 10% since then. (It was about 7% in August.)

Similar job trends have played out by education and income level, too.

Unemployment peaked at 21% in April for those without a high-school diploma, roughly three times the rate of the college-educated, according to the Bureau of Labor Statistics. The former are still unemployed at a rate more than double that of those with a bachelor's degree.

Further, the top third of earners (those making at least $60,000 a year) fully recovered their jobs by mid-June, according to an Opportunity Insights analysis of Labor Department data.

By comparison, employment among the lowest earners — who saw more than 35% of their jobs evaporate by mid-April — is still down more than 16% from the beginning of the year, the analysis found.

Inequality is a marker of all U.S. recessions, Edelberg said. But this recession is unique in that financial assets were either quick to rebound or remained unscathed, keeping the wealth of the rich intact, she said.

White, college-educated and wealthy Americans overwhelmingly own stocks and real estate, according to Federal Reserve data. The richest 10% of Americans, for example, held 87% of the $22 trillion of corporate equities and mutual-fund shares at the end of the first quarter, according to the Fed. The share was even higher for Whites, when looking across racial groups.

"[The stock market] is one of the clearest reasons people are taking about a K-shaped recovery," Edelberg said. "For a lot of well-off people who didn't experience a job loss, they are utterly blind to the financial hardship that millions and millions of people are feeling."

The S&P 500 stock index plunged 34% from its high in mid-February to its bottom on March 23, the quickest decline in its history.

Five months later, those losses were fully erased. Stocks were up about 3% this year through Friday's market close, buoyed by investor optimism that the country will find a vaccine or some treatment for Covid-19, said Howard Silverblatt, a senior analyst at S&P Dow Jones Indices.

By comparison, stocks took more than four years to recover after hitting their lows during the last two recessions, according to S&P Dow Jones Indices.

The typical home owner also saw an 8.5% increase in housing prices in July versus the same time last year, to $304,000, according to the National Association of Realtors.

Prices rose in every region of the country, the group said. It was the first time that the national median home price surpassed $300,000.

Meanwhile, the same group that reaped the benefits of financial-asset ownership was most likely to save stimulus checks (up to $1,200 for individuals) enacted by the CARES Act coronavirus relief law in March, according to the Bureau of Labor Statistics. Other groups were more likely to use the aid for everyday expenses or to pay off debt.

"What you're seeing across the country is an individual's income and the color of their skin have a large role to play in terms of how someone is faring during this pandemic and economic crisis," said Richard Besser, president and CEO of the Robert Wood Johnson Foundation.

Just over a third of White and Asian-American households reported experiencing serious financial problems since the start of the pandemic, compared with 55% of Native American, 60% of Black and 72% of Latino households, according to a joint survey published Wednesday by the Foundation, NPR and the Harvard T.H. Chan School of Public Health.

A federal $600-a-week supplement to unemployment benefits that had propped up household income and spending in the early months of the pandemic lapsed at the end of July. The Trump administration is providing up to six weeks of $300 payments through a new program to supplement jobless benefits, but it's been slow to reach people and isn't available to hundreds of thousands of workers.

SIGN UP: Money 101 is an 8-week learning course to financial freedom, delivered weekly to your inbox.

CHECK OUT: My side hustles bring in $5,000 a month: Here's my best advice for getting started via Grow with Acorns+CNBC.

Disclosure: NBCUniversal and Comcast Ventures are investors in Acorns.