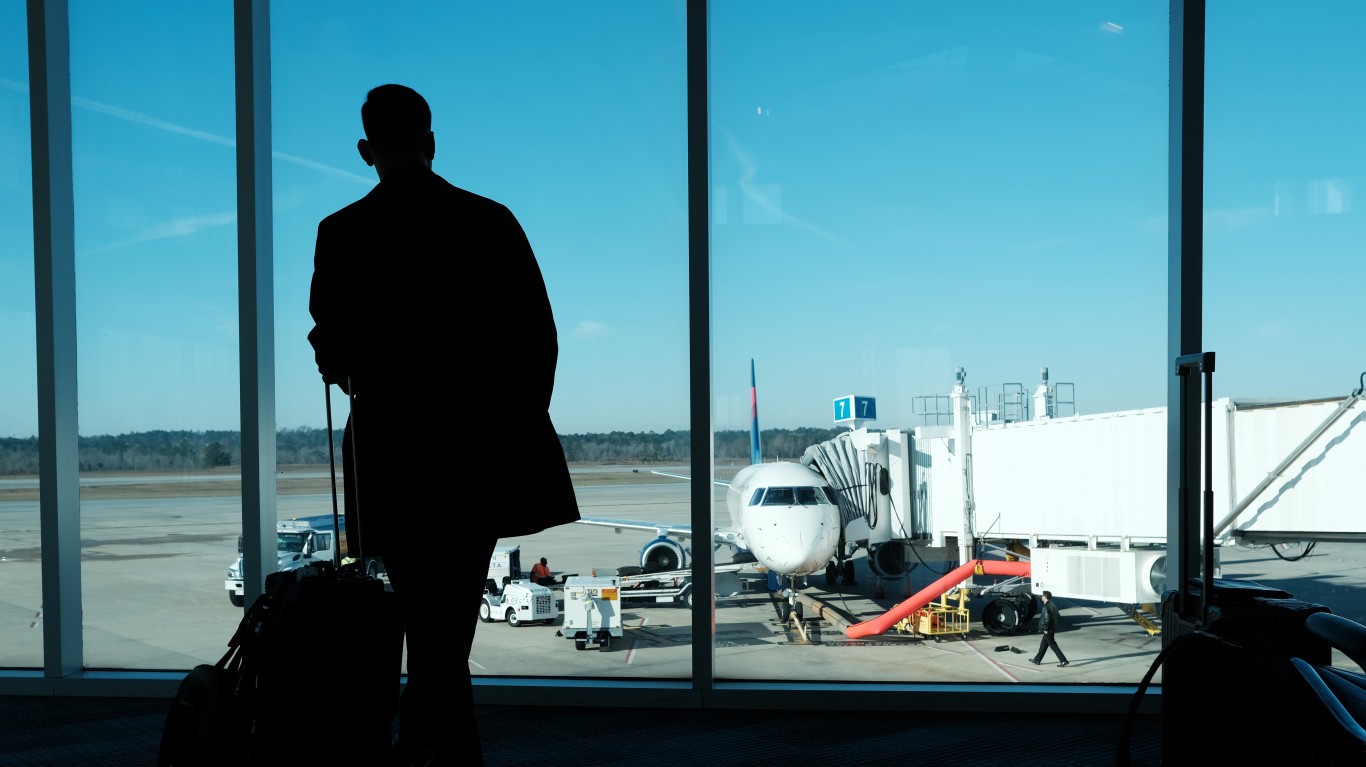 Money is often made in the stock market when investors have the foresight to make a contrarian bet, and if there was ever one in a pandemic and recession it would be buying airline stocks. While air travel has picked up some since the spring and early summer lock-downs, it is still nowhere near the usual levels. However, the reality is that at some point it will return, and when it does those who had the foresight to buy could be richly rewarded.

In a new report from Goldman Sachs, the firm has adjusted their price targets within the firm’s coverage universe of the airlines. Some of those targets have come down, but the stocks which have “Buy” ratings still have big-time upside to the revised targets.

Four stocks are rated Buy, and all make sense for long-term investors with patience and a vision of things returning somewhat to normal in 2021. The market has been seeing stronger conviction that at least one of the current COVID-19 vaccines in late-stage studies will be approved, and perhaps during 2020. That alone could contribute to a major recovery in airline traffic.

As always, it is important to remember that no single analyst report should ever be used as a sole basis for any buying or selling decisions.

This company has a big west coast exposure, and continues to rank high on Wall Street. Alaska Air Group, Inc. (NYSE: ALK) is the parent company of Alaska Airlines. The company serves more than 100 cities through an expansive network in Alaska, the Lower 48, Hawaii, Canada and Mexico.

Despite recent challenges by other carriers for superiority in the Northwest, the company has strong customer loyalty, which had contributed to outstanding earnings and revenue growth. Alaska Air Group has transformed from a largely north-south directional carrier to one with a more balanced network.

The analysts noted that the company is experiencing slower-than-expected ramp up of merger synergies, but the greater competitive capacity for markets in development. And much of that can likely be tied to unlucky timing due to COVID-19.

The Goldman Sachs price target for the company is slightly lowered to $62 from $63. That is versus a much lower Wall Street consensus target of $44.40. The last trade for Alaska Air Group was seen on Thursday at $40.39.

This stock has been obliterated in the last six months but holds a very commanding position on the East Coast of the U.S. JetBlue Airways Corporation (NASDAQ: JBLU) provides air transportation services, and as of December 31, 2019, the company operated a fleet of 63 Airbus A321 aircraft, 6 Airbus A321 neo aircraft, 130 Airbus A320 aircraft, and 60 Embraer E190 aircraft.

The analysts cite further Airbus aircraft delivery delays, and greater competitive capacity in focus cities and markets in development as areas to watch.

The Goldman Sachs price objective for the shares is set at $16. Across Wall Street the consensus price target is set at $12.08, which is versus the Thursday close of $11.75.

This remains a low cost leader, and is also one of the top airline picks across Wall Street. Southwest Airlines, Inc. (NYSE: LUV) operates a passenger airline that provides scheduled air transportation services in the United States and near-international markets.

The analysts noted Increased competitive capacity in key markets as a primarily domestic carrier, including the Hawaii market, and that risk tied to the re-certification of the Boeing 737 MAX. remains intact for now. At a cash burn of $34 million per day, the company has enough liquidity to get through the next 435 days (vs 320 days for Delta / 225 days for United). Even with a slow recovery, most on Wall Street expect Southwest to end 2020 with $10 billion in cash and $1.5 billion in net debt.

The company has suspended the dividend until September of 2021. Goldman Sachs has set a $47 price objective, and that compares to the lower Wall Street consensus target of $42. The last trade Thursday for Southwest Airlines came in at $38.74.

This company has found a way to constantly shoot themselves in the foot over the years, and the issue this time, which is not the fault of the company is all of the routes into Asia. United Airlines Holdings, Inc. (NYSE: UAL) is the holding company for United Airlines and United Express which operate an average of 5,055 flights a day to 373 airports across six continents.

Of all U.S. carriers, the company has some of the highest exposure to China and the Asia-Pacific region, and while that remains a problem now, the market will eventually open back up. The analysts cite competitive response to growth plans reduces network restructuring benefits, and like others the risk tied to the re-certification of the Boeing 737 MAX.

The Goldman Sachs price target for the stock is set at $60, while the consensus is posted much lower at $41.53. The last trade on Thursday hit the tape at $37.40.

With some big upside to the Goldman Sachs price targets, and with much of the downside having already been seen, long-term growth investors with a touch of risk tolerance have at least one top firm’s views of how to value the airline sector ahead of a post-pandemic travel climate.