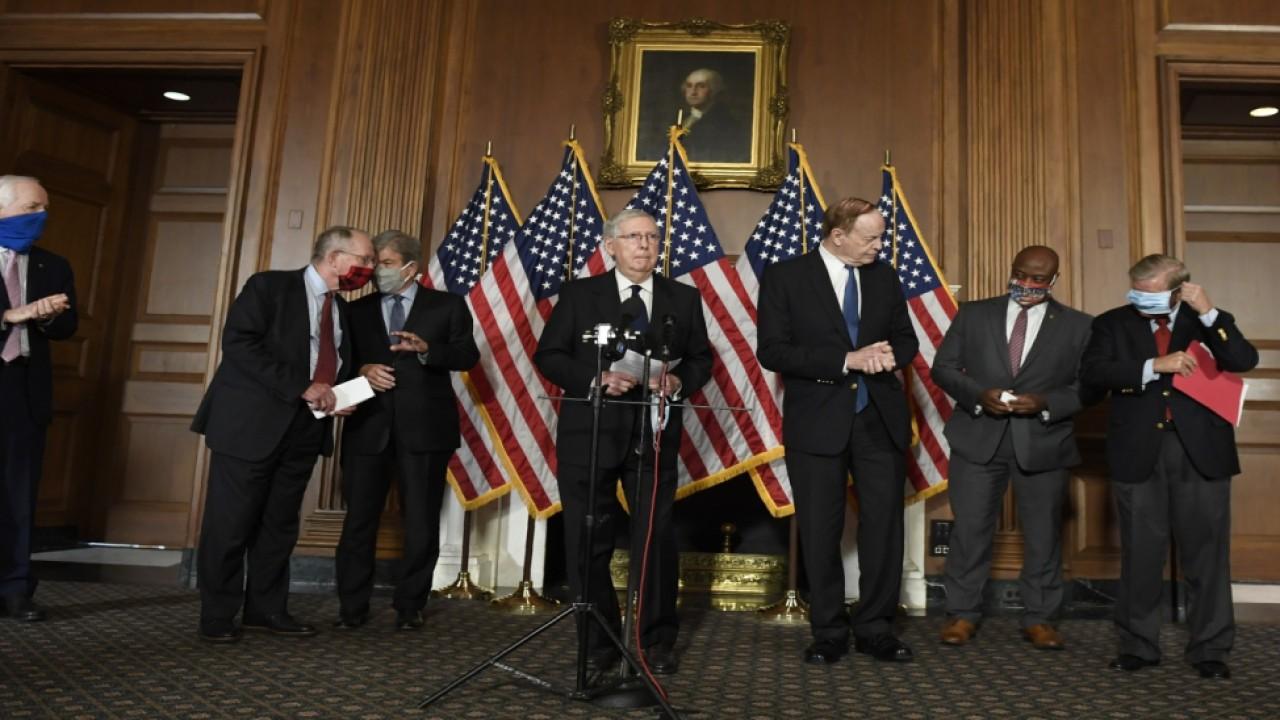 The top executives of more than 100 companies, including Starbucks, Microsoft and Alphabet, urged Congress to provide more federal aid to small businesses struggling to stay afloat during the coronavirus pandemic.

In a letter published Monday and addressed to congressional leaders, the CEOs warned that without additional relief, small businesses — which employ close to half of the country's workforce — face potential financial ruin amid a resurgence in coronavirus cases.

"We cannot stress enough the urgent need to act," the letter said. "By Labor Day, we foresee a wave of permanent closures if the right steps are not taken soon. Allowing small businesses to fail will turn temporary job losses into permanent ones."

That could trickle through the rest of the economy, deepening the worst downturn since the Great Depression, they said. The domino effect on lost jobs, as well as lost services and products that small businesses provide, could be "catastrophic," the signatories said.

The initiative, spearheaded by former Starbucks CEO Howard Schultz, calls on lawmakers to provide small businesses with federally guaranteed loans that would last into 2021; flexibility in how funds are used; and at least partial loan forgiveness for the hardest-hit businesses. The funds must all run to all small businesses in need, "particularly those run by people of color, who have traditionally had less access to capital," the executives wrote.

Congress allocated about $670 billion to the Paycheck Protection Program, a fund created in the CARES Act at the end of March that was designed to avert mass layoffs and help small businesses weather the virus-induced economic crisis. Businesses with fewer than 500 workers at one location were eligible to receive a loan of up to $10 million; if at least 60% of the money went toward maintaining payroll, the federal government would forgive it, essentially transforming it into a grant.

If the loans are not forgiven, a business will have five years to repay the loan at 1% interest.

So far, the government has distributed roughly $521 billion in loans to more than 5.1 million borrowers. The program reopened to first-time applicants last week, with about $130 billion left over in the fund.

Congress extended the application deadline for the loans until Aug. 8.

Under the virus relief package unveiled by Senate Republicans last week, the money would be repurposed for more targeted aid to the hardest-hit small businesses, which would be eligible to apply for a second loan.

The aid would be limited to businesses with no more than 300 employees, down from the original 500-worker limit established in the CARES Act. A portion of the money would be set aside for businesses with fewer than 10 workers.

“We are now beginning to see that as the PPP funds are being exhausted, some companies are having to face once again the potential of having to lay off some of their workers. And so that’s why it is time for a second round of PPP assistance,” Sen. Marco Rubio, the Senate Small Business Committee chairman, said last week.