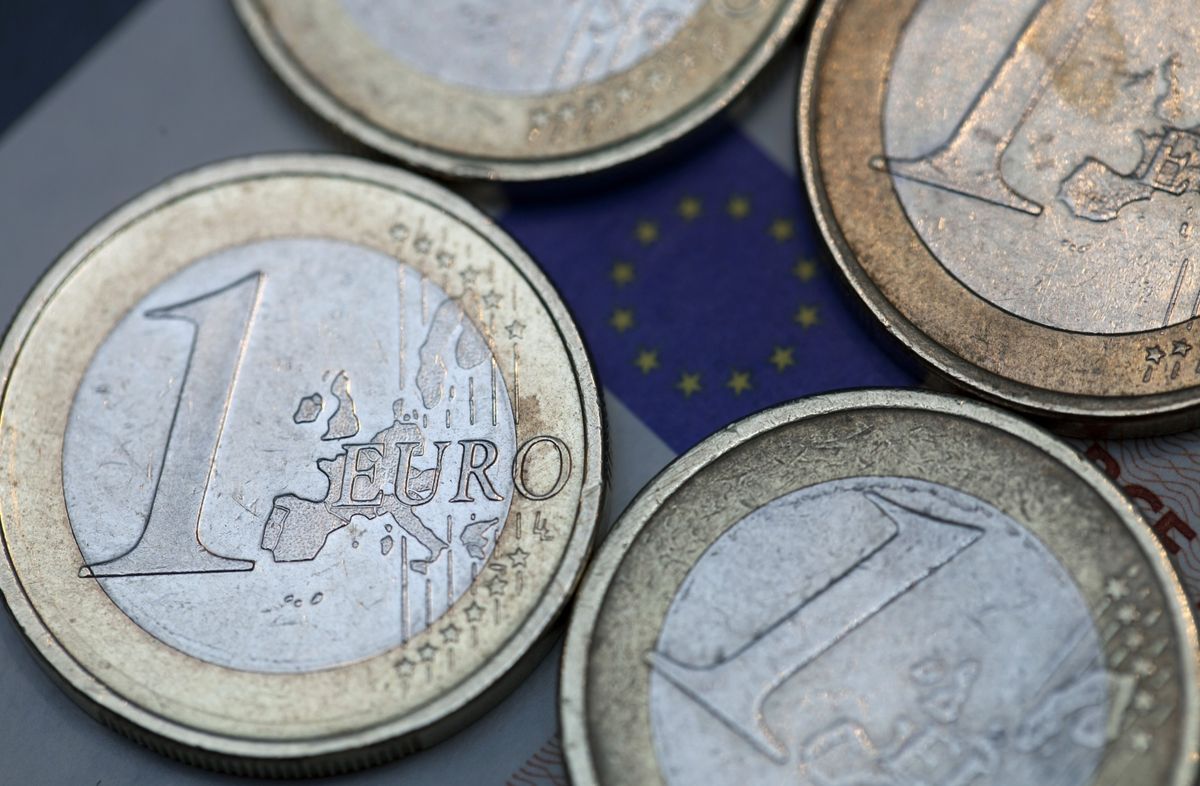 The stronger euro, often a headwind for European equities, now is sending an encouraging message to some stock investors: That the region’s economy looks like a better bet than the mess in the U.S.

The euro is up more than 5% versus the dollar in July, the biggest monthly gain since September 2010, and it’s approaching levels that back in 2017 caused some pain for the stock market. Euro strength is a perceived nemesis to Europe’s exporting companies, reducing the value of revenue earned in the U.S. and damping international demand for goods produced in the common currency bloc.

“From a purely mechanical point of view, a stronger euro is bad for corporate profits in the export-driven industries, especially in Germany,” said Berndt Maisch, a senior portfolio manager at Tresides Asset Management GmbH in Stuttgart. “But if the overlapping issue on the stock market is an increased confidence in the euro area, the positive effect outweighs.”

True, statistics on Friday showed that the euro area plunged into a historic economic slump in the second quarter. But the U.S. is in terrible shape too, and investors may be worried that it’s getting worse. The currency move reflects broad weakness in the dollar, a sign that the country is “losing its grip on the virus pandemic,” said Maisch. The Bloomberg Dollar Index, which tracks the greenback against a basket of 10 currencies, suffered its worst July in a decade.

For Maisch, the euro move is far from reaching the point where it will drive companies to rethink foreign investments or factor into portfolio managers’ decisions when picking stocks. “It is more a question for strategic asset allocators if the weak dollar points to systemic weaknesses of the U.S.,” he said. “However, I believe the move is currently still too small for that.”

The argument that a strong euro is bad for euro-area assets doesn’t hold up in an environment where every region is battling with stalling global trade, said Stefanie Holtze-Jen, DWS Group’s chief currency strategist. The implication for stocks is limited as long as the move is accompanied by a positive macroeconomic outlook, she said.

So while the move isn’t causing headaches right now, it might later on, said Vincent Manuel, chief investment officer at Indosuez Wealth Management.

“This may become a headwind for European equities and notably for global players with a high proportion of dollar-denominated cash flows,” Manuel said by email. This happened in 2017, he said: European equities weakened when the euro climbed after the French elections and a speech by Mario Draghi in Sintra, Portugal.

Others aren’t so convinced when it comes to the historic performance and whether a move in currencies really has such a big impact on stocks.

“There are many myths on financial markets,” Day by Day strategist Valerie Gastaldy wrote in a note. “One of them is that a strong euro is a problem for European equities. This may sound logical, but it is definitely not confirmed by facts.” She noted that since 2000, the strength of the euro has mirrored the strength of German stocks, and said this kind of behavior has either started again already or may start next year.

In fact, stocks might be having an impact on currencies rather than the other way around, said DWS’s Holtze-Jen.

Current market trends are similar to the financial crisis about a decade ago, with gaps between U.S. and euro-area benchmark bond yields closing. In such an environment, where the yield that can be earned by shifting from one currency to another isn’t that much different, currency moves are driven more by risk sentiment, such as appetite for equities. Looking at 45 currency pairs made of the G10 currencies, there are currently only seven pairs that move uncorrelated to equity markets, she said.

Given that so many currencies move with equity markets, stock investors can use them as a portfolio hedge rather than worrying about their impact on equity prices, said Holtze-Jen. “From a multi-asset point of view, currencies are currently terrific and can be used much more systematically to manage risk,” she said.

— With assistance by Michael Msika