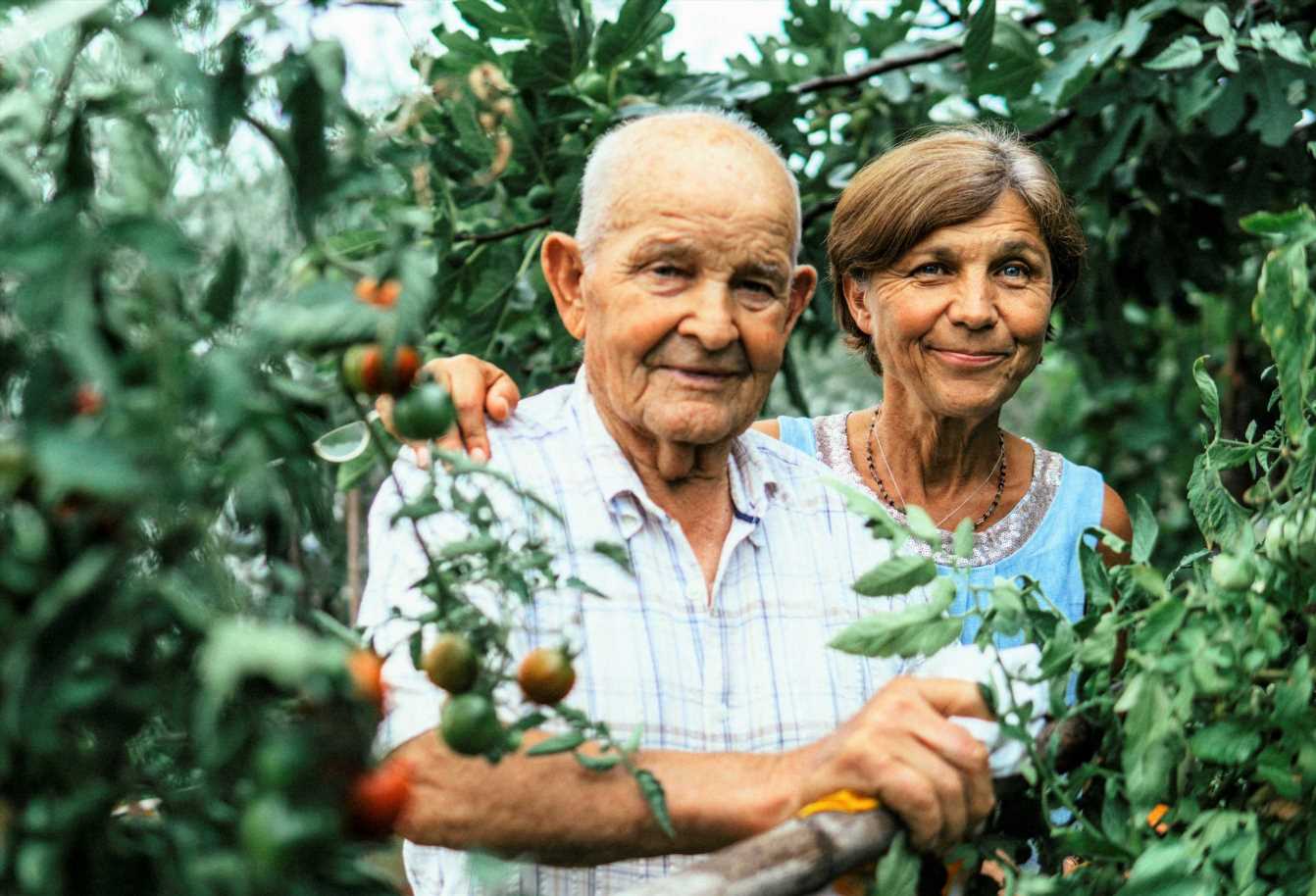 Twelve years ago, Dan Buettner visited communities around the world known for having many centenarians (people who live to be 100 or older), including Okinawa in Japan, the Barbagia region of Sardinia and the Seventh Day Adventist enclave in California.

Buettner, an author and longevity expert, called these areas "Blue Zones." He and his team of researchers wanted to find similarities among the residents that lead to a longer, happier and healthier life.

Some are things you might expect, like a mostly plant-based diet, a strong social support group and moderate exercise. But there is one surprising commonality: In each community, residents garden well into old age.

That's no coincidence, as there's plenty of research to prove that gardening increases well-being and longevity.

Why gardening could help you live longer

1. It gets you into nature.

Exposure to sunlight, fresh air and plant life all have health benefits. In fact, doctors in Scotland prescribe "nature walks" for high blood pressure and anxiety. They also encourage patients to interact with the surroundings, whether that means bird-watching or collecting twigs.

In a famous 1984 study, environmental researcher Roger Ulrich found that patients who had their gallbladders removed recovered faster — and with less pain medication — if their hospital rooms looked out on nature rather than a brick wall.

Nature is restorative, he noted, because "we have a kind of biologically prepared disposition to respond favorably to nature because we evolved in nature. It was good to us, and we tend to respond positively to environments that were favorable to us."

If being around nature is good for you, then being consistent about it is even better, which is something that gardening pretty much forces you to do. You may try to jog every day in the park, but then blow it off for a few weeks when your schedule gets too busy. If you stop tending to a garden midway, however, you're liable to see all your hard work go to waste as weeds take over everything.

Is gardening the equivalent of running a triathlon? Of course not, but it still qualifies as exercise. Different types of gardening require different amounts of physical activity.

"Working in the garden restores dexterity and strength, and the aerobic exercise involved can easily use the same number of calories as might be expended in a gym," according to Richard Thompson, a researcher at London's Royal College of Physicians.

Turning the earth and digging up stones, for example, can be one of the most effortful things you'll ever do. At the other end of the spectrum, pruning roses bushes and planting seeds constitute very mild exercise.

This benefit won't apply if you only grow decorative plants such as flowers and shrubs. But if you grow fruits and vegetables, as folks in the Blue Zones do, you'll gain the health benefits of adding these items to your daily diet.

Not only will you be eating more plants, you'll also get more nutrition from them. Most fruits and vegetables lose 30% of nutrients three days after harvest due to respiration — a natural process by which they continue to "breathe" after they're removed from the ground. (If you buy produce in a supermarket, there's a high probability it was picked several days earlier or even longer.)

In terms of reducing the time between harvest and consumption, nothing beats pulling a berry off a bush and popping it into your mouth, or tearing off lettuce leaves to prepare a salad. Plus, it tastes a lot better.

4. It exercises your mind, while also relieving stress.

Most of us spend our work lives planning and problem-solving. Gardening requires these skills, too, but it also forces you to be in the moment, often by confounding the plans you made.

Sometimes you step into your garden and do exactly the task you intended. But other times you have to change course because, say, you notice a fungus infestation or that a bunch of produce is suddenly ready to be harvested.

Working in the garden and dealing directly with the natural world also has a way of slowing down busy thoughts and relaxing your mind.

In one study conducted in the Netherlands, 30 people were assigned a stressful task, followed by 30 minutes of either reading or gardening. Those who gardened recovered from the stress much more quickly, based on both their own reports and a test measuring the level of the "stress chemical" cortisol in their bodies.

No wonder so many mindfulness experts consider gardening as a form of meditation.

This summer, for the first time, my husband and I planted a straw bale garden, which is just what it sounds like: Vegetables, fruits and flowers planted directly into bales of straw. This is a great choice if you're not ready to invest the money or time needed to dig a garden bed.

Those who prefer to start small may want to consider tomato plants, which are easy to grow and can live in pots. Leafy greens such as lettuce are also perfect gateway plants for inexperienced gardeners. With the exception of chard, most are cool-seasoned and perform best in late summer and early fall.

Herbs are lovely for those who live in small apartments with less outdoor space. Basil, for example, can be nursed on a sunny windowsill (just remember to bring it indoors when temperatures dip). Mint plants like ample moisture, so they do well in spaces with more shade.

Whatever you choose, it's worth giving gardening a try. The time you spend with your hands in the dirt might come back to you as extra years of life.

Minda Zetlin is a freelance writer covering business, money and leadership. She is also the co-author of "The Geek Gap" and former president of the American Society of Journalists and Authors. Follow her on Twitter @MindaZetlin.

Check out: CNBC Make It is NOW STREAMING on Peacock. Find our original programming in the Channels section.