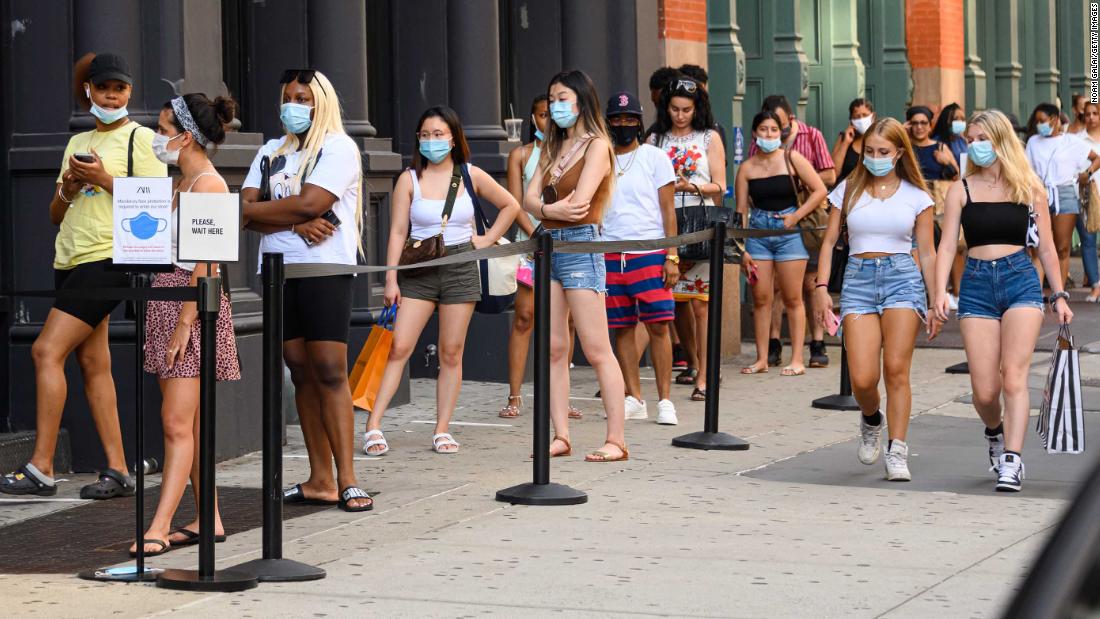 The world’s biggest economy is powered by consumer spending — and in recent months there have been signs of a recovery. Retail sales increased 7.5% in June from the prior month, almost back to where they were before the pandemic. That followed an 18% jump in May.
But investors and economists fear that the bounce back ground to a halt this month as Covid-19 cases shot up across much of the United States. One warning sign: Our recovery dashboard shows that restaurant reservations have plateaued.

More data coming: The Conference Board publishes the results of its July consumer confidence survey on Tuesday. Wall Street expects to learn that confidence deteriorated in July compared to June, with the index falling to 94.5 from 98.1. It was at 132.6 in February.
Companies could also provide crucial insight as they report earnings for the April-to-June quarter, with McDonald’s (MCD), Starbucks (SBUX) and Visa (V) due to post results. All three businesses have withdrawn their outlooks for 2020 due to uncertainty about the operating environment.

This intel will feed into the debates on Capitol Hill as lawmakers race to secure another round of stimulus spending, which economists and investors say is necessary to keep the recovery on track.
What’s happening: Senate Republicans on Monday formally unveiled their $1 trillion stimulus proposal. The plan would cut enhanced federal unemployment benefits of $600 per week to $200 as states transition to implement a system that would replace roughly 70% of wages.
That reduction is a major point of contention with Democrats, who argue that the extra assistance coming from the federal government has been a key driver of the rebound in spending.
Republicans also face division within their own ranks, with some GOP lawmakers wary of spending more money on top of the trillions of dollars in aid that lawmakers have already approved.
Investor insight: Wall Street is counting on Congress to come to an agreement, which investors see as necessary to supporting consumers in the coming months. And some want a final bill worth way more than $1 trillion.
“I never thought I would say this and I know it is hard for most to get their arms around the magnitude of the crisis but [$1 trillion] is not enough to get us to the other side of this crisis,” Diane Swonk, chief economist at Grant Thornton, tweeted Tuesday.
The Federal Reserve, which has bought trillions of dollars in financial assets since the pandemic hit, needs more help, Swonk added.
“The Fed can’t do this alone,” she said.

The work-from-home shift will last a while

The transition away from office work is here for the long haul. 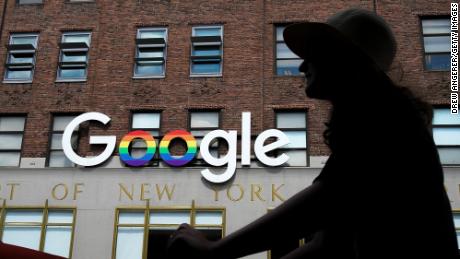 The latest: Google will let employees work from home until at least July 2021, my CNN Business colleague Brian Fung reports. The company previously said that most employees would work remotely through the end of 2020, with some employees allowed back into the office sooner.
Why it matters: The decision to extend the remote work policy well into next year indicates that one of the world’s biggest companies is bracing for a long pandemic — and could prompt other businesses to follow suit.
“To give employees the ability to plan ahead, we’ll be extending our global voluntary work from home option through June 30, 2021 for roles that don’t need to be in the office,” CEO Sundar Pichai said in a memo to employees. “I hope this will offer the flexibility you need to balance work with taking care of yourselves and your loved ones over the next 12 months.”
The tech industry has been more accepting of remote work for years, easing the transition during the pandemic. Now, with employees proving they can effectively work without commuting to an office, the sector is signaling it may never go back.
WFH forever: Twitter and Facebook have said they plan to allow some employees to continue working remotely indefinitely.
This shift isn’t just being led by tech firms — it’s also benefiting them. Sales of cloud services have skyrocketed since lockdowns forced companies to accept home work. Last quarter, Microsoft surpassed $50 billion in annual commercial cloud revenue, a 36% rise compared to the same period in 2019.
“We are seeing businesses accelerate the digitization of every part of their operations from manufacturing to sales and customer service,” CEO Satya Nadella told analysts last week.

Major League Baseball is just beginning its postponed season, but Wall Street is spooked after players and coaches on the Miami Marlins tested positive for Covid-19.
The outbreak pushed Major League Baseball to postpone three games and raised questions about its plans to hold a season amid a pandemic.
MLB Commissioner Rob Manfred didn’t discuss canceling the season with the league’s 30 team owners on a previously scheduled conference call, a source told CNN. But investors are clearly jittery about what comes next.
See here: Shares of DraftKings, the sports betting company, tumbled 6.5% on Monday.
DraftKings, which went public in April, has been an investor favorite even though there’s been a drought of live sports since the spring. After Monday’s drop, the company’s stock is still up 228% this year.
In a statement, DraftKings praised sports leagues for “taking this process seriously and making decisions based on what’s best for the health of their teams.”
Yet the company has an interest in sports getting back on track. In the Covid-19 era, DraftKings has allowed people to bet on Russian table tennis and even hosted simulations of Madden NFL video games. But there may be a limit to its creativity.

3M, Harley-Davidson, Invesco, McDonald’s and Pfizer report results before US markets open. Mondelez, Starbucks and Visa follow after the close.

Also today: US consumer confidence data for July posts at 10 a.m. ET.
Coming tomorrow: The CEOs of Amazon, Apple, Alphabet and Facebook are due to appear before Congress to answer allegations that the companies are too dominant or have harmed competition.
Source: Read Full Article