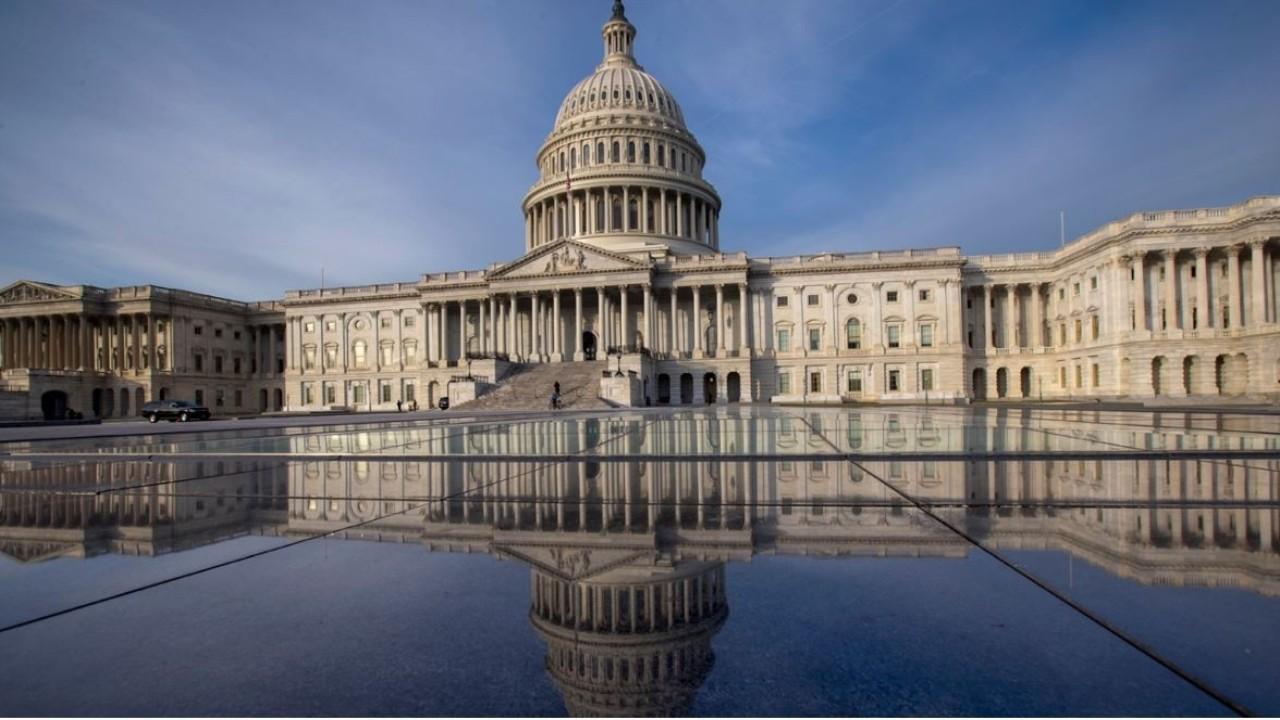 Lawmakers still squabbling over the next round of stimulus

Rep. Jody Hice, R-Ga., says there’s a lot of negotiations that are underway with both the House and the Senate and adds that ‘everything is on the table,’ including enhanced unemployment, as they hope this next round of stimulus will help the economy continue to recover.

Two Senate Republicans are pushing to provide coronavirus stimulus checks to nearly 2 million Americans who were excluded from the first round of $1,200 payments.

Sens. Marco Rubio, R-Fla., and Thom Tillis, R-N.C., have renewed an earlier push to ensure that American citizens who are married to foreign nationals without Social Security numbers receive the same $1,200 cash check that tens of millions of Americans received earlier this year as part of the federal government's massive pandemic response.

Roughly 1.7 million Americans who jointly file taxes with a spouse who does not have a Social Security number were barred from receiving the federal money — reportedly at the direction of the White House, according to The Hill.

“No American should be denied a federal stimulus check because they are married to a foreign national who is not a U.S. citizen,” Rubio said in a statement. “Amid a global pandemic, we must ensure Americans are receiving the funds appropriated by the federal government to keep families afloat during this national crisis.”

The proposal, the American Citizen Coronavirus Relief Act, would amend the CARES Act to no longer require a Social Security number for spouses filing taxes jointly but would maintain the SSN requirement for stimulus check eligibility. This would essentially allow a U.S. citizen to "to receive the same EIP as a single tax filer,” according to a summary of the plan.

Rubio is now fighting to include the measure in the upcoming Republican coronavirus relief package, which could be unveiled as early as Monday. The framework is expected to send a fresh round of $1,200 stimulus check to some Americans. The payments will be tapered for individuals who earn more than $75,000 and phased out entirely for individuals who earn more than $99,000.

A spokesperson for Rubio told FOX Business the senator remains committed to seeing his bill make its way to Trump's desk.

US BUDGET DEFICIT HIT RECORD-SHATTERING $864B IN JUNE

In a recent letter to Republican leadership, the American Business Immigration Coalition said Rubio’s bill would provide stimulus checks to 291,000 citizens in Texas, 81,000 in Florida, 31,000 in North Carolina and 16,000 in Wisconsin, as well as tens of thousands in other states.

Florida, Wisconsin and North Carolina are all battleground states, some of which President Trump narrowly won during the 2016 election against Hillary Clinton. An aggregate of national polls by RealClearPolitics shows presumptive Democratic nominee Joe Biden leading in all three against Trump.

"It is no wonder President Donald Trump is unpopular with roughly 75 percent of Latino voters nationally," Al Cardenas, the co-chair of the ABIC, wrote in a recent op-ed for the Tampa Bay Times. "GOP colleagues in Congress rarely fare any better. If Republicans want to have any chance at improving their dismal polling numbers among Latinos, they must fix this gross attack on U.S. citizens who had the bad luck to fall in love with or be parented by a non-citizen."