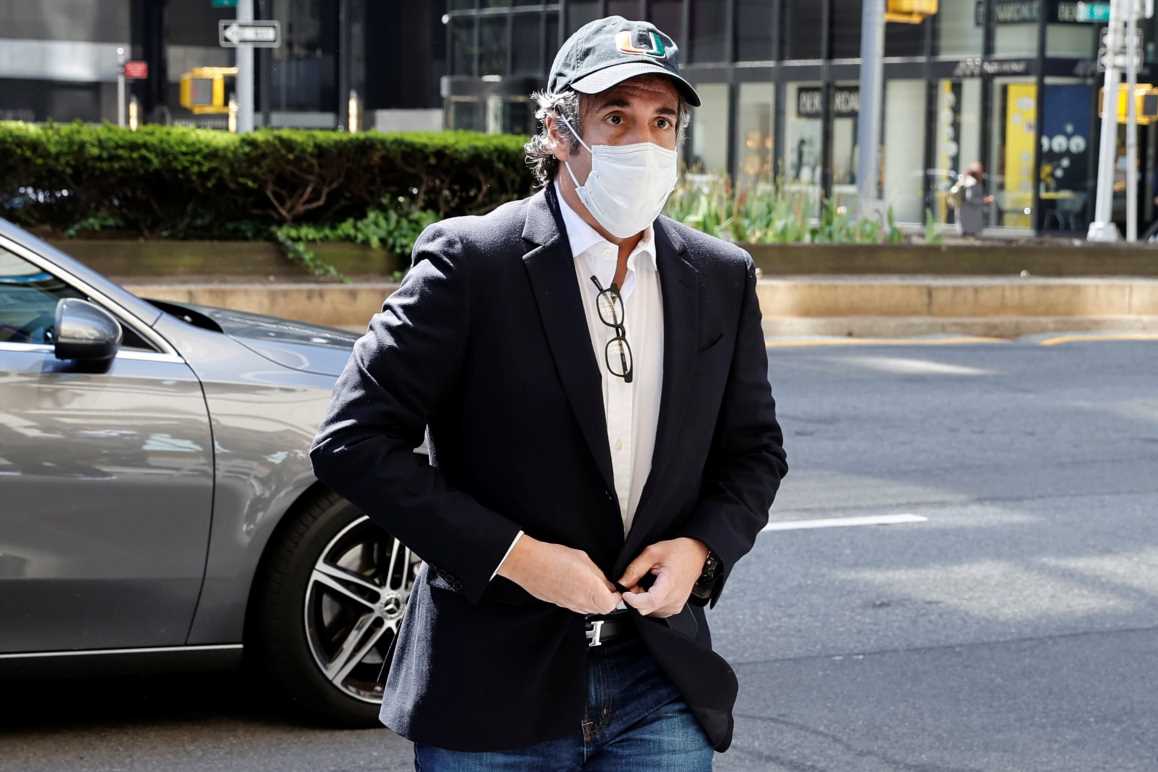 Michael Cohen was released from prison Friday, a day after a judge ruled that President Donald Trump's former lawyer was improperly returned there in retaliation for failing to agree to a ban on publishing a planned book about Trump.

"I just spoke with my client as he left FCI Otisville," said Cohen's lawyer Danya Perry.

"He is extremely gratified that the court upheld his fundamental constitutional right to speak freely and publicly, and he looks forward to doing exactly that."

Cohen, whowas first furloughed from the prison in late May, was picked up by his son, who drove him back to their apartment on Manhattan's Upper East Side. He  will serve out the remainder of his three-year criminal sentence there under home confinement.

Cohen, 53, originally was furloughed as part of a Bureau of Prison's program to reduce inmate population during the coronavirus pandemic.

But he was taken into custody on July 9 at a meeting with a U.S. Probation official to discuss the conditions of his home confinement.

Jeffrey Levine, another lawyer for Cohen, said that during the meeting Cohen had balked at the condition that would ban him from speaking to reporters, posting on social media and publishing a book. Cohen plans to publish that book, which will be critical of Trump, before the 2020 presidential election.

Prosecutors said Cohen became combative at the meeting and refused to agree to any of the conditions, such as a ban on speaking to felons, having family members do his food shopping and submitting to electronic monitoring.

Cohen sued the Justice Department and Bureau of Prisons this week seeking his release. He claimedhe was reimprisoned because he is writing the Trump book.

"The purpose of transferring Mr. Cohen from furlough and home confinement to jail is retaliatory, and it's retaliatory because of his desire to exercise his First Amendment rights to publish a book and discuss anything about the book or anything else he wants on social media and others," Hellerstein said.

Hellerstein also noted that officials had not warned Cohen that he would be sent back into prison if he did not agree to the conditions without any negotiation.

The Bureau of Prisons denied that Cohen's imprisonment was retaliation, saying Thursday that any such assertion "is patently false."

But Vera Eidelman, staff attorney with the ACLU's Speech, Privacy, and Technology Project, which assisted Cohen's legal fight, said Friday, "With this release, the Trump administration would do well to remember that it cannot put someone in prison for writing a book critical of the president."

Trump has denied their claims.

Cohen will be subject to a number of restrictions on his movement, employment and contact with other people as part of his home confinement.

But the restriction sought by federal probation officials that he not speak to reporters, post on social media or publish a book is likely to be whittled down considerably, given the judge's ruling.