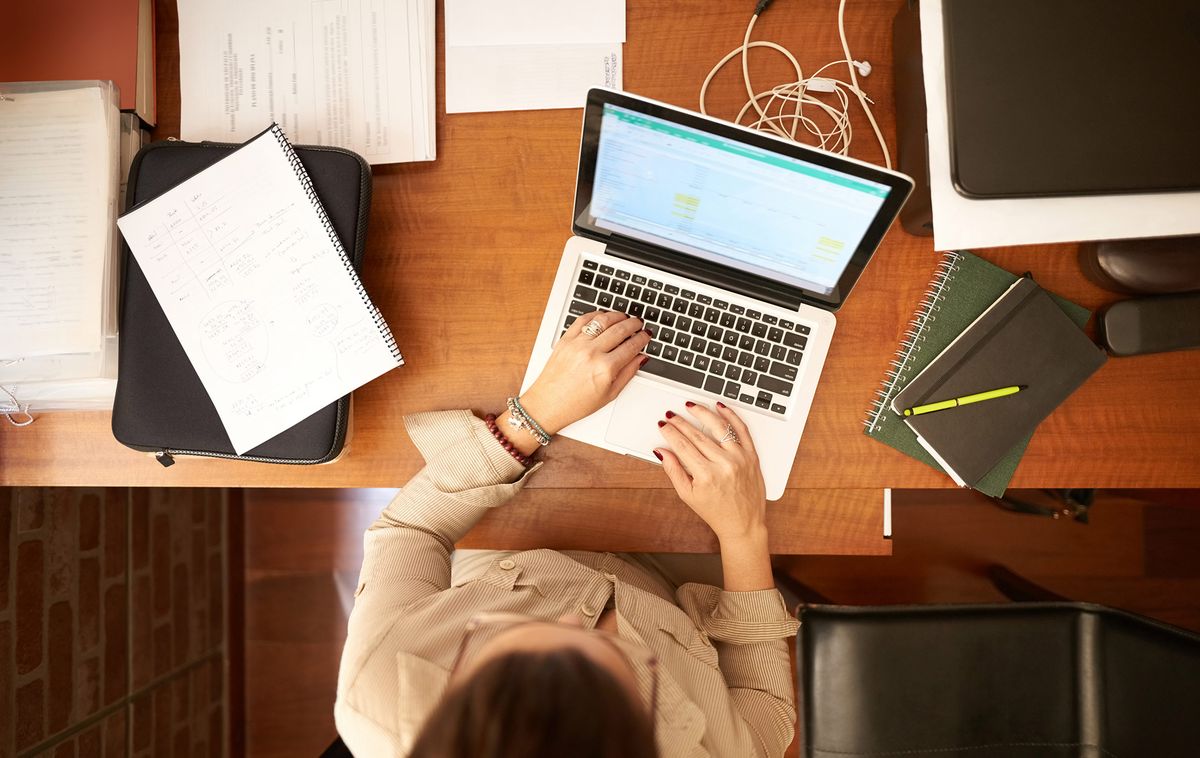 Act surprised, even if you aren’t. And make them feel awful.

That’s the first thing you should do if your boss says you’re being laid off, said Roy Cohen, who spent 14 years as an in-house career coach at Goldman Sachs Group Inc. and now runs his own career consulting business.

“Always convey utter, absolute shock,” he said. “The goal is to make them feel bad. That way, if you do want to try and negotiate a better package, there is some potential they may feel guilted in some way.”

An avalanche of layoffs has been moving across the global corporate landscape, in almost every industry, as businesses assess their long-term strategy in a post-pandemic world. Last week, American Airlines Group Inc. said it might let go of 25,000 employees, or 29% of its U.S. workforce. On Monday, U.K. retailer Marks & Spencer Group Plc announced 950 job cuts, and on Wednesday Bloomberg reported that Germany’s Daimler AG might cut about 20,000 jobs.

Prepping yourself to play head games is one strategy to try if you worry your job might be next. But there are many more practical steps to take. Being laid off will still suck, but it will hurt less if you’ve put plans into motion. Here are some ways to do that, and some pitfalls to avoid.

Resist the preemptive strike. The stress of uncertainty may prompt fantasies about beating your company to the punch and quitting. Don’t do it! And don’t accept a company’s offer to let you resign rather than be let go.

“A lot of people think that if they resign, it looks like they’ve been in the driver’s seat,” Cohen said. “But in this market, where getting fired is the norm, explaining to future employers that you chose to resign will sound very odd and quite frankly raise questions about your credibility.”

That said, “if you have a gut feeling that you might lose your job, trust that instinct and plan for it,” said Lindsey Pollak, author of “The Remix: How to Lead and Succeed in the Multigenerational Workplace.” “A lot of people are feeling somewhat paralyzed right now in fear. An important goal is to get out of that paralysis and move into a place of action.”

Know your unemployment benefits. In the U.S., with many state unemployment-insurance plans swamped with claims, it pays to know in advance what information you’ll need in order to apply for benefits so you can file as quickly as possible. A lot of state-specific unemployment-related groups have been created on Facebook and Reddit, where people ask questions and share tips on hacking through government bureaucracies.

Copy your contacts. Among many workers’ most valuable assets are the contacts they’ve built up over the years. If you don’t already have current information for business contacts stored in a file on your phone or personal computer, start the process. Copy any samples of work a future employer might want to see, while being careful not to run afoul of non-compete clauses and company policies governing proprietary data.

Sniff out severance. Try to find your company’s termination and severance policy. Dig up your letter of employment or contract to see if it mentions severance. If it doesn’t, quietly ask around and look on a site like Glassdoor.com to see if it’s mentioned in company reviews. In the U.S., for firms that offer severance, the norm is one or two weeks of pay for each year of employment, maxing out at about six months, though executives may get a year. If you work at a large company, check if there’s a group for former employees on Facebook. You may be able to message members for intel.

Your company may not budge, but try to negotiate. “Ask for everything and more,” Cohen said. “More money. Your bonus. The ability to exercise stock options or receive differed compensation. Access to your work phone during the severance period. The worst they can do is say no.”

Raise your profile. Yes, this means updating your resume and LinkedIn profile. Highlight your success in working remotely. But before polishing a LinkedIn profile, go into privacy settings and turn off automatic notifications to your network if you want to keep changes low-profile. (If you don’t want someone at work to see profile updates, you can block specific people.) If you think a layoff is coming and want to look for a new job discreetly, a feature LinkedIn added this year lets you adjust your status to “#OpentoWork” and to specify who can see that: only recruiters, or everyone. (LinkedIn itself announced layoffs of about 960 people on Tuesday.)

Build up savings, pay down debt. Having a few months of expenses saved can avoid the need to take on expensive credit-card debt, or skipping payments and hurting your credit score. Sometimes costs can come out of left field: Consider the $3,000 or so that returning expatriates to New Zealand may be asked to pay for their required two weeks of hotel quarantine. Aim to save six months or more of living expenses. That sounds high, but remember, that’s not necessarily six full paychecks. You want enough to cover essentials: housing, car payments, utilities, internet, mobile phones, health care. While employed, an easy way to get started is to set up automatic direct deposits from your paycheck into a savings account, so you don’t even think about spending the money.

Stay flexible. While employed, get in touch with former colleagues who have moved to consulting or project work, and if you’re let go, consider going that route, which could eventually lead to a full-time job. One bright spot is that with remote work more common, more employers are willing to look further afield for candidates. To spark ideas for new directions, check out the site 50 Ways to Get A Job.

Be a creative networker. Finding groups on Facebook and LinkedIn is the first step, but look into what’s offered by your university’s career office, professional groups you belong to and ask around for private Facebook communities connected to your industry that you may be able to join.

Perfect your video presence. Practice using Zoom, Skype, Google Hangouts or whatever video conferencing program an interviewer might choose. Record yourself in a mock interview with a friend. Use a neutral background, wear solid colors, and remember to silence your phone and computer pop-ups.

Beware of being called back early from work abroad. The typical industry practice is that employees working abroad are repatriated before they know that they will be terminated, said Katrin Razzano, a vice president at relocation firm Graebel Companies. That way, the person can be fired on home turf and a company won’t run afoul of a foreign country’s rules around laying people off.

Search out bright spots. There are always growing areas, even in dire economic situations. In Singapore, for example, gross domestic product plunged an annualized 41.2% from the first quarter of the year to the second, led by contractions in travel-related industries. But the Singaporean fintech sector has been growing quickly, even in the pandemic, and an expansion by global private banks in Singapore has intensified rivalry for talent, according to Bloomberg Intelligence analysts. As well, interest from Hong Kong-based companies in exploring a move to Singapore has increased.

— With assistance by Berber Jin