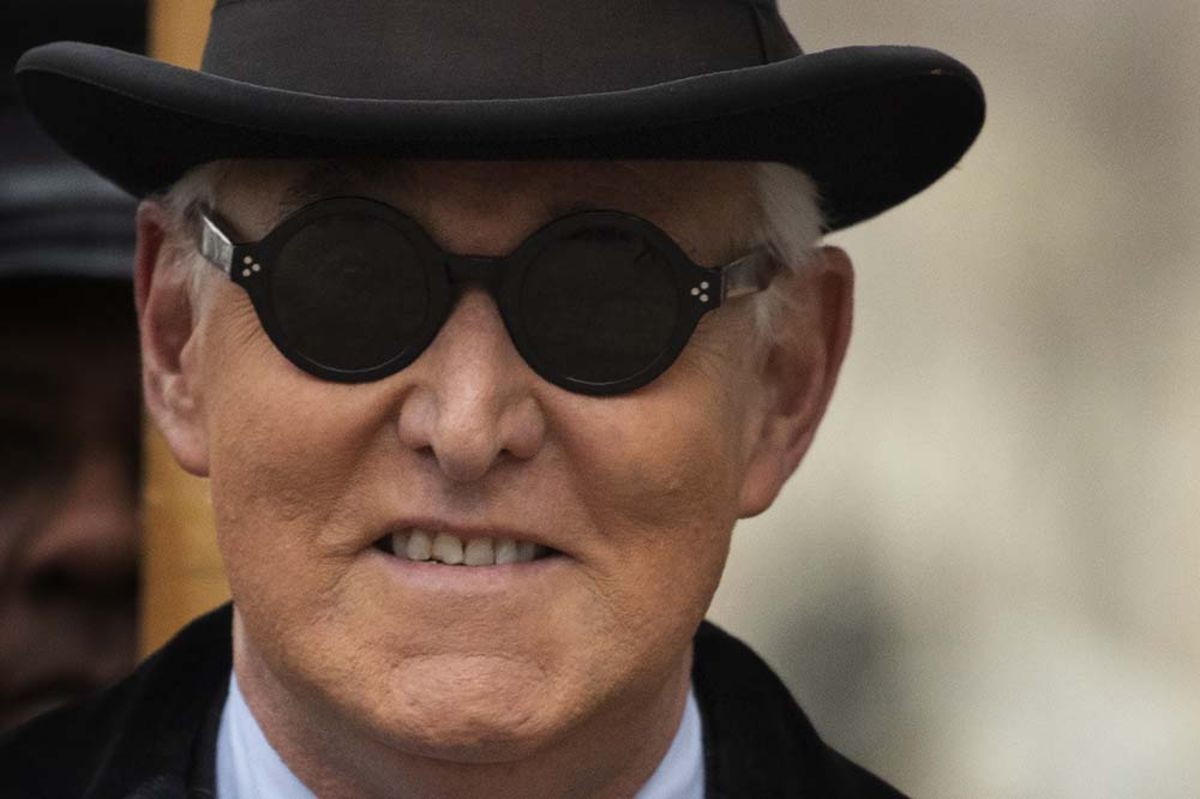 Roger Stone’s commutation by President Donald Trump spares the Republican operative from spending more than three years at a federal lockup in rural Georgia, but his legal journey is far from over.

Even after Trump’s controversial act of clemency for his longtime friend and political booster, Stone’s conviction from November — for lying to Congress during the probe into Russian election interference — is still intact. That’s because Trump’s act of clemency wasn’t the full pardon he could have handed down.

A pardon would have required Stone to abandon the appeal he filed in April after U.S. District Judge Amy Berman Jackson in Washington denied his request for a new trial. Stone, 67, has said he’s eager to clear his name and overturn a conviction he says is the result of a politically-biased judge and jury — claims frequently echoed by Trump.

“A pardon includes acceptance of guilt and ends the appeals process. The commutation allows me to go forward with the appeals,” Stone said in a text message on Saturday.

Mimi Rocah, a former federal prosecutor in Manhattan who wasn’t involved in Stone’s case, predicted that Stone’s push for a new trial “will fail, but that is at least part of why” he was only commuted by the president.

The commutation could also benefit Trump by making it easier for Stone — a self-described political dirty trickster — to plead his Fifth Amendment constitutional right against self-incrimination if he’s subpoenaed. That would be harder to do if he’s been pardoned, said Rocah.

Stone’s chances before the U.S. Court of Appeals in Washington, which has more judges appointed by Democrats than Republicans, are far from clear. Hours before the commutation was announced the court rejected Stone’s emergency motion to delay reporting to prison on July 14, finding he failed to prove he was in any particular danger from an outbreak of the coronavirus at the facility.

An appeal assures that all the facts tied to Stone’s case — including evidence that Trump knew about WikiLeaks’ plans to release hacked emails damaging to his 2016 rival, Democrat Hillary Clinton, and that Stone lied to protect Trump — will be rehashed in the months ahead.

It also means Attorney General William Barr’s Justice Department will continue to defend its case against Stone on appeal, despite abandoning the case against another Trump ally, former National Security Adviser Michael Flynn.

Stone said the appeal will reveal “extraordinary corruption and misconduct” by the judge, jurors and the prosecutors, as well as alleged failures to let him present all the evidence he wanted for his defense.

“I have appealed my conviction on constitutional ground because in her zeal Judge Jackson made many errors,” Stone said in the text message. “She granted a motion by the government prohibiting me from raising the issue of misconduct by the special counsel, the FBI, the DOJ or any member of Congress in my defense.”

Elie Honig, a former federal prosecutor, said the ongoing appeal sets up a “bizarre” situation in which a Trump ally is still fighting his Justice Department in court.

The appeals court in June ordered Stone to file a brief outlining his arguments by Aug. 17. The Justice Department, which still fully supports its case against Stone, must file an opposing brief by Sept. 16. A hearing with oral arguments could take place before November’s election.

“I was charged on politically-motivated, fabricated charges and was denied a fair trial by an unbiased judge, an honest jury, and uncorrupted and non-political prosecutors,” Stone said in a statement last week. Stone — the last person charged during Special Counsel Robert Mueller’s 22-month investigation into election interference — has said the entire Russia probe “had no legal basis and was mounted for political purposes.”

Stone’s request for a new trial was based on claims that a jury foreperson concealed her anti-Trump views and was biased against him from the start, a belief based on her social media posts that were publicized after the jury was chosen. Jackson rejected those arguments and ruled the jury had acted fairly.

Stone’s arguments on appeal will likely be broader. In May he filed a preliminary document with the appeals court that said he’d seek review of Jackson’s rulings on what evidence he was allowed to present to the jury. He argues, for example, that the government’s witnesses lied, and that WikiLeaks didn’t receive stolen Democratic emails from Russia, a finding central to the claims against Stone.

Jackson in February sentenced Stone to 40 months in prison for his lies and tampering with a witness to protect Trump. The judge, in denying his request for a new trial, said the evidence of Stone’s guilt, including his own text messages and emails, was overwhelming.

Stone’s request for a new trial “is a tower of indignation,” wrote Jackson, a Barack Obama appointee who’s also been attacked by the president on Twitter. “But at the end of the day, there is little of substance holding it up.”