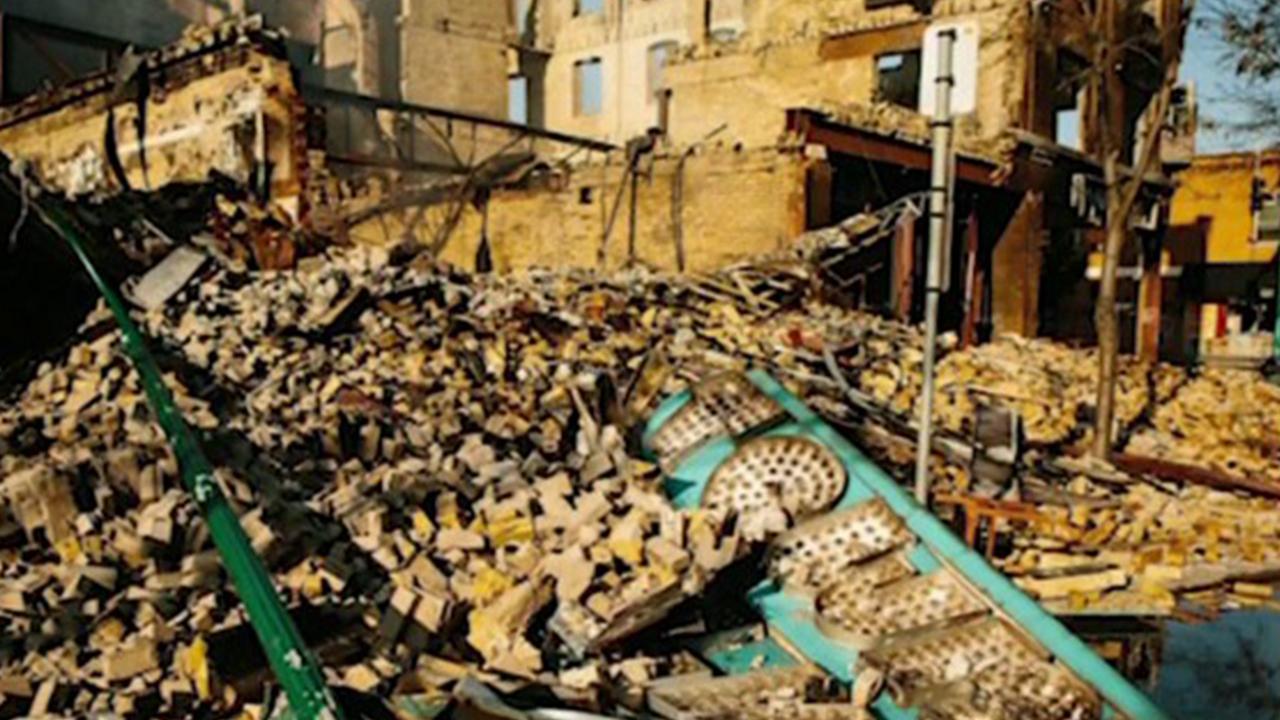 Owners of diner destroyed in riots: Minneapolis is still our home

Minnesota Democrat Rep. Ilhan Omar says she wants to “tear down” the “systems of oppression” that exist in our economy. Her stated aim is to fight economic inequality, but the reality of the ideology of “dismantling” she and so many politicians on the left have voiced is the destruction of livelihoods and hope in vulnerable communities.

Minnesota, Omar’s home and mine, has become a tragic Exhibit A for what “tearing down the system” too often looks like. As rioters and looters ravaged minority neighborhoods in Minneapolis, those of us who warned that the damage to businesses and property would have lasting negative effects were derided.

IF THE $600 WEEKLY UNEMPLOYMENT BOOST ISN'T EXTENDED, IT'S NOT JUST LAID-OFF WORKERS WHO WILL SUFFER

Justice, we were told, is bigger than property. Tearing down is the beginning of building something better.

The problem is that those who participated in the dismantling seem far less interested in doing anything about the rebuilding.

As Michael Tracey writes in the Wall Street Journal, “The national media might have ‘moved on’ from the riots in Minneapolis, but residents have nowhere to go. Much of the Twin Cities is still in ruins. Boarded-up storefronts still display makeshift notices that read “black-owned” or “minority-owned” to ward off further destruction.”

This is not what justice and economic equality look like.

The rhetoric of “dismantling” may work for politicians and activists who thrive on attention, but it’s the unglamorous reality of re-building that America’s struggling communities are crying out for.

Justice is indeed bigger than property, but it’s not smaller. The destruction of livelihoods, whether through looting, the absence of law enforcement, or heavy-handed government taxation, regulation, and restriction, will always be a barrier to real justice, because it deprives people of the resources that give them agency and voice in their communities.

Omar says her call to “tear down” systems of oppression is meant to fight economic inequality. But her support of policy programs like the Green New Deal would have the opposite effect.

Wide swaths of the American economy would be wiped out by new regulation and restrictions. Private investment would dry up as higher taxes siphoned money to the federal government.  Power would be taken out of the hands of local business and local communities and instead be even more concentrated in D.C.  It would be an equality of diminished opportunity, not prosperity.

All of us should share the goal of advancing economic outcomes in minority communities. And, in fact, in the years prior to the coronavirus pandemic, we were seeing striking gains. Late last year, thanks to a strong labor market and growing economy, the unemployment gap between Black and white workers dropped to an all-time low of 2 percentage points.

It took forced government shutdowns of the economy to reverse that progress, underscoring just how important accelerating and expanding — not tearing down — access to private sector growth is to fighting inequality.

We have much more work to do and nobody should be satisfied with a smaller gap. But that’s all the more reason to get our policy right, not throw away the gains we’ve seen in favor of vague, extreme, and illogical ideology.

The rhetoric of “dismantling” may work for politicians and activists who thrive on attention, but it’s the unglamorous reality of re-building that America’s struggling communities are crying out for. And justice demands that we hear them.

Professor Brian Brenberg is a Fox News contributor. He is Chair of the Program in Business and Finance and Executive Vice President at The King’s College in Manhattan. Follow him on Twitter: @BrianBrenberg