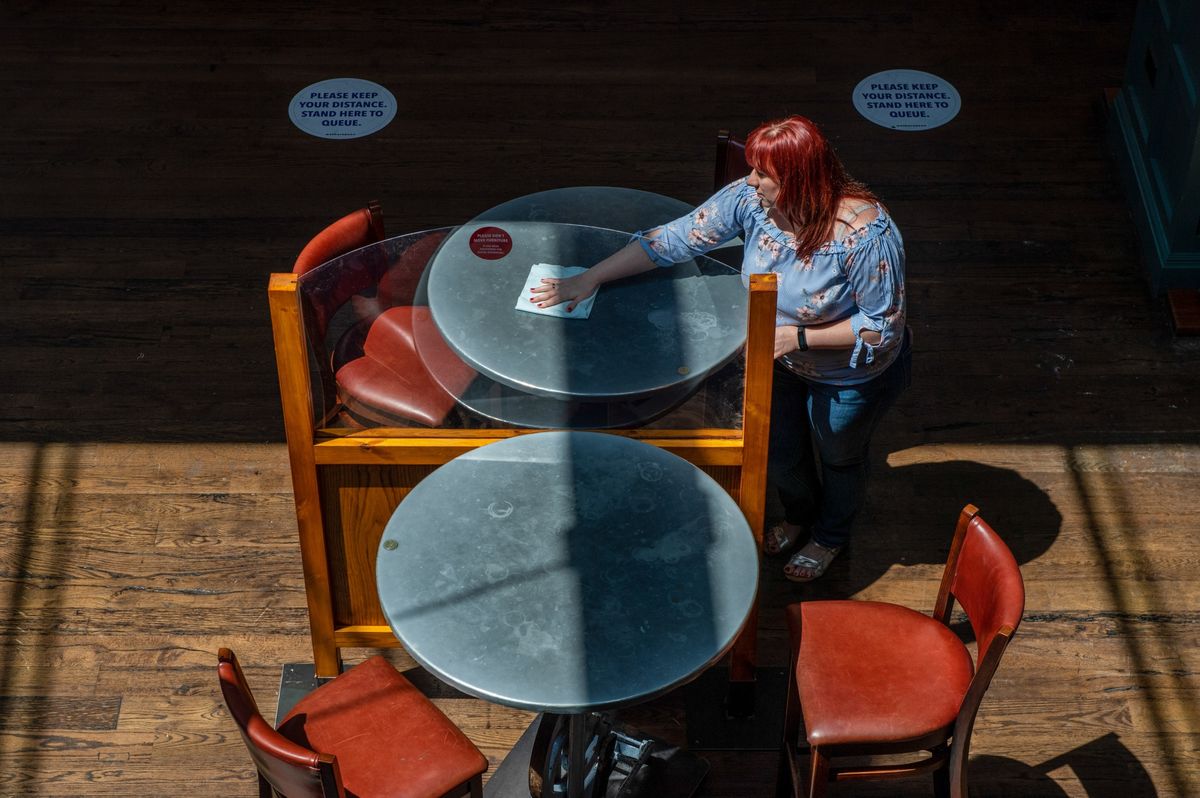 As of today, restaurants in England can reopen. While that could herald a rush of customers, the date didn’t come soon enough for some — a swathe of establishments have closed permanently.

With Covid-19 still spreading and the outlook bleak, restaurants will need cash to survive the bad times. They’ll also need to adjust their business models to meet the demands of service in an era of social distancing. Private equity can help with both.

Emma Reynolds, founder of the Tonkotsu chain of ramen noodle shops, is familiar with the advantages of finance from these pools of private capital. She said if she hadn’t received a 5 million pound ($6.2 million) investment in 2019 from private-equity firm YFM Equity Partners, she would now likely be out of business. It wasn’t just about the money.

Sales plummeted after the government ordered all restaurants and shops closed in late March, though Tonkotsu managed to bring in revenues equivalent to around 25% of the pre-Covid take by offering delivery. YFM convened daily support calls, provided advice on how to deal with creditors and banks, and shared examples from other portfolio companies, she said.

“They were really good at crisis management and offering support and advice,” she said. “It helped us to stay solvent.”

Plans to nearly double the number of Tonkotsu outlets to 20 sites are a year behind schedule, but can still happen, said Mike Clarke, investment director at YFM. He expects to keep investing in restaurants and says eateries will turn to outside capital as the government withdraws its support. This included a furlough program, which let companies park staff on government-funded payrolls, and state-backed loans.

Read more: The Retail Apocalypse Is Getting Even Darker for U.K. Landlords

It may be surprising that the likes of private equity are still seen as a potential savior for restaurants. Companies backed by PE firms had an especially hard time qualifying for government rescue finance, said Kate Nicholls, chief executive officer of trade group UKHospitality.

There was confusion at first over how to assess portfolio companies for state-backed loans. Some banks looked at the private equity fund’s total revenue when appraising whether a single restaurant brand could qualify. That meant some eateries missed out on loans designed for businesses of their size, she said.

PE-backed steak house group Hawksmoor, popular with City of London dealmakers, was among those deemed ineligible for government finance because leverage levels were too high — loan notes issued by its investors in lieu of equity were counted as debt.

Russell Norman, co-founder of the Polpo chain of Venetian cicchetti restaurants, is aware of the pitfalls of seeking private equity backing. In recent years, he attempted three times to expand his chain to make it more attractive to investors. The efforts only resulted in a diminished bank balance and no partnership that could provide funding and other support.

This left him facing the pandemic without a war chest from a deep-pocketed backer, and the threat of running out of money if business did not recover by the end of the year.

“If income is zero and outgoings continue you will bleed dry,” he said.

So restaurants are clamoring for support. Andrew Smith, who in June finished raising around $100 million for a U.S.-focused restaurant investment fund called Savory, said a large number of American locations are asking him for help, including some “super strong brands.” He wouldn’t elaborate on any names except to say they include those that normally would not talk to him.

Smith, who is based in the U.S. and founded the Four Foods Group, said British and American markets face a shake-up. Even fine dining establishments will need to rethink their business, and might need to consider offering delivery, he said.

That dovetails with the view of YFM’s Clark. He said one consideration for new Tonkotsu locations is whether they fall within coverage areas of delivery service providers such as Deliveroo and Uber Eats. Other ideas including pared-down menus, kitchen side doors so delivery bikers don’t clutter up main entrances, and perhaps physical barriers, like plexiglass, between tables.

This is not to say all PE firms are pushing to invest. KKR & Co. Inc. is seeking buyers for some of the chains in Casual Dining Group, which it took control of in 2018. The group, whose brands include Bella Italia, Cafe Rouge and Las Iguanas restaurants, has begun to shutter more than a third of its 250 sites, and lay off staff.

Clarke also points out that firms that can’t generate sales will start needing cash again in the fall as government support is withdrawn. In addition, restaurants need to be prepared to close down again if the virus resurges, he said.

Meanwhile, getting creative may be the best way forward. Owners of big chains with large city center locations and landlords unwilling to adjust the rents are figuring out how they can adapt, said Sarah Willingham, a serial entrepreneur and dragon on television’s “Dragons’ Den,” Britain’s version of America’s “Shark Tank.”

“You talk about social distancing in these chains, and if their fixed overheads remain the same you won’t make any money, and you will be lucky to break even,” she said. “You have to be flexible and pivot your business model.”

The chain of bars she part-owns, The London Cocktail Club, is about to introduce a line of prepackaged drinks. The inspiration for this came in part from the bars in her home town of Brighton, on the U.K.’s southern coastline, which started delivering drinks to peoples’ homes.

If restaurants can find a way to navigate the crisis, they may find their customers waiting for them.

“I don’t think the industry will ever go under,” said Savory’s Smith. “People still need to eat.”

— With assistance by Richard Vines