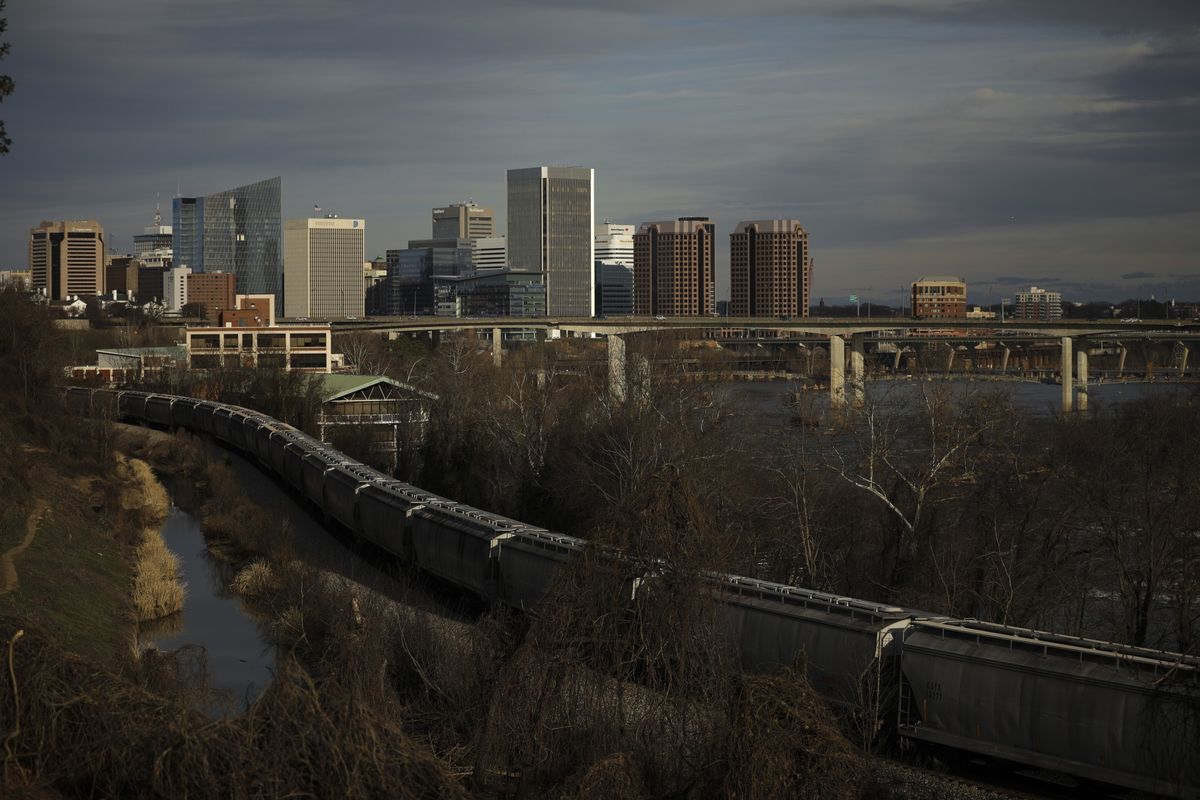 Three weeks ago, Virginia Governor Ralph Northam wrote an urgent letter to the chief justice of the Virginia Supreme Court. He feared that a wave of evictions would swallow thousands of struggling tenants in Virginia, and the existing state and federal regulations would not be enough to stop it. The governor needed the court to order a stop on eviction hearings for 30 days in order to give the state time to stand up its emergency response.

“A subset of tenants, including those who are most vulnerable, may be evicted from their homes in the midst of this global pandemic,” Northam wrote in his June 7 memo. “To that end, my Administration is working to establish a comprehensive rent relief program that will provide targeted financial assistance to households still at risk of eviction during the pandemic.”

The next day, the Virginia Supreme Court obliged. This was the court’s fifth extension of a declaration of judicial emergency across the commonwealth since the beginning of the pandemic. The eviction moratorium would give the Northam administration time to build out a rent relief program as well as an eviction diversion pilot program, another factor in the governor’s request for more time. Northam asked for the pause on evictions to carry over into July, since neither the rental assistance program nor the eviction diversion pilot would be in place until after July 1. “In the meantime, thousands of unlawful detainer proceedings may move forward over the next month,” he wrote.

But on June 22, the court lifted the moratorium. Or rather, the court decided not to renew another 21-day extension to the emergency order. Courts may immediately resume hearing eviction cases unrelated to rent, per the unanimous Virginia Supreme Court order, while eviction hearings over failure to pay will resume after the emergency edict expires, on June 29 — right before the July rent due date.

Not to worry, says the governor. Help from the state will arrive just in the nick of time. “We are in the process of finalizing a rent relief program and will roll it out when the moratorium is set to expire, on June 29,” says a spokesperson for Northam.

Virginia’s housing advocates fear that the emergency aid will arrive too little, too late. “Evictions are coming on Monday and this rent relief program hasn’t even been announced yet,” says Elaine Poon, managing attorney of the Charlottesville office of the Legal Aid Justice Center. “How long is it going to take to be implemented or for money to reach the localities? For the word to get out? Virginia is already struggling with unemployment processing.”

As in other states, the scale of Virginia’s housing emergency is vast. Many thousands of Virginia renters could soon face eviction for missing the July rent — or for failing to make up for late rent payments for April, May or June. A weekly survey conducted by the U.S. Census Bureau to measure the toll of the pandemic finds that about 30% of some 1.67 million renter households in Virginia have little or no confidence in their ability to pay the July rent next week. The same survey finds that vulnerable residents (households earning under $25,000 in annual income) struggled to pay the last month’s rent.

The rent relief program may not be up the task. According to Poon, the Virginia Department of Housing and Community Development asked the Northam administration for $200 million in funds for the rent relief program. The agency is only getting a quarter of that request — $50 million, which comes from the federal purse allotted to Virginia via the CARES Act. Even the state agency is lowballing it, according to the National Low Income Housing Coalition, which pegs the annual cost for meeting Virginia renters’ assistance needs at $1.6 billion due to the pandemic. (Maryland also just announced it would devote $30 million from CARES Act funds to rental assistance; NLIHC puts its actual need at $1.8 billion.)

Plus, what may be an underfunded mandate is set to launch with just 48 hours before its intended recipients need the money in hand. That leaves precious little time to advertise the program to tenants or get buy-in from landlords, leaving open the possibility that many households eligible for aid will go without. Some families may wind up homeless as a result. “It’s very difficult to imagine that a program can be implemented that quickly, certainly not by Monday, certainly not by July 1, when it comes to infrastructure and funding and what kinds of wrinkles we’re going to discover, the hard way,” Poon says.

Under the circumstances, the obvious move for the state would be to play for time. After all, the Virginia Supreme Court extended the judicial emergency five times already; what’s three more weeks in a pandemic? Northam appears to understand the need: His office made the case against resuming eviction hearings before the state’s rental assistance program was in place. Yet as the Richmond Times-Dispatch reports, Northam is now calling for circuit courts to individually extend a ban on evictions, leaving the matter to the discretion of individual judges.

“This case shows the courts’ role in policymaking: The governor would obviously like to extend the moratorium, but lacks the authority,” says Salim Furth, senior research fellow at the Mercatus Center at George Mason University. “Since the Virginia Supreme Court declined to extend beyond June 28, all the governor can do is ask lower courts to further suspend evictions in their own circuits. In terms of effectiveness, my guess is that the ideological sympathies of the circuit courts will play a role, as will their own physical capacity.”

By punting to the circuit courts, Northam has to settle for a miserable status quo. Back in May, during a brief interregnum when Virginia courts were allowed to resume non-emergency hearings, several did exactly that. At least 13 out of 120 total circuit courts set up ad hoc protocols for social distancing in order to start chipping away at the backlog of eviction filings and other cases. Tenants who showed up for Virginia’s first pandemic eviction hearings weren’t necessarily aware of their rights. A Petersburg woman I spoke with in May — a furloughed, single, African-American mother of an autistic child — feared that she might catch Covid-19 by venturing out for her hearing and transmit it to her elderly father. She didn’t know she could ask for a continuance due to her loss of income.

This is the common refrain about pandemic evictions: The federal CARES Act and various state and local laws afford a number of protections to out-of-work and struggling families, but if renters don’t have access to a lawyer, what are those protections worth? Most courts don’t have an affirmative way to ensure that landlords aren’t filing illegal evictions, putting the burden of production on tenants. Ending the statewide eviction moratorium may very well mean letting the chips fall where they may.

Furth, who wrote a brief on ways that jurisdictions can slow evictions even after eviction bans expire, says that there are steps that Virginia and other states should take. The Michigan Supreme Court issued a directive earlier in June ordering Michigan courts to prioritize eviction cases that involve criminal activity, destruction of property and violent behavior before missed rent. For those cases, Michigan courts must hear cases alleging 120 days of nonpayment before those alleging 90 days (or 60 days or 30 days) of missed rent. Furth says that policymakers should encourage landlords to renegotiate rents with tenants, pointing to model guidance put out by the San Francisco Apartment Association. He also recommends that local leaders sweeten the pot by offering development rights or zoning variances to property owners who forgive rent for their tenants.

Virginia’s political landscape is an obstacle for Northam or other lawmakers who might like to see more rights for renters. Old Dominion is only recently a blue state; it hasn’t built up the same progressive bona fides as other Northeastern states. This year, the state has seen large rallies in favor of armed militias and against life-saving masks. When it comes to tenant protections, Virginia is closer to red states than its recent elections might suggest. And renters in conservative areas are likely to have a tough time of the pandemic. Property laws in Texas, for example, mean that justices don’t have the leeway to consider job loss or sickness when weighing an eviction case, as Juan Pablo Garnham and Meena Venkataramanan explain in the Texas Tribune. Some cities and counties in that state have established temporary grace periods to give tenants time to come up with overdue rent, and some counties still have local eviction bans in place. One these deferral periods end, the Lone Star State’s landlord-friendly policies tend to boil down to yes-or-no questions about contracts — virus or furloughs or other extenuating circumstances be damned.

The tsunami of evictions predicted by many housing experts may not fully crash into Virginia on July 1. Once the federal $600-a-week boost to unemployment benefits expires in July, however, the ranks of Virginia residents who aren’t able to pay their rent may jump dramatically. According to the census survey, 31% of Virginia renters reported using the one-time federal stimulus payment to meet their basic needs in June; 20% paid for essential needs with unemployment benefits. About one-in-five said they put basic needs on credit cards, while a similar share said they borrowed money from friends or family. Some of those options may not be there by August 1.

As of June 29, Virginia’s rent relief program is live. The portal asks residents a number of questions to establish eligibility for aid, including whether applicants have been laid off, lost child support or fear returning to work due to the pandemic. Those who qualify will need to call a local administrative office to proceed. It remains to be seen whether tenants will receive the aid in time to pay the July rent.

“Some people are saying, ‘Are you asking for an indefinite eviction moratorium?’ The answer is no,” Poon says. “We need a robust rent relief program, which means a sufficiently funded program that can fund payments of back rent and ongoing rent for people in need.”