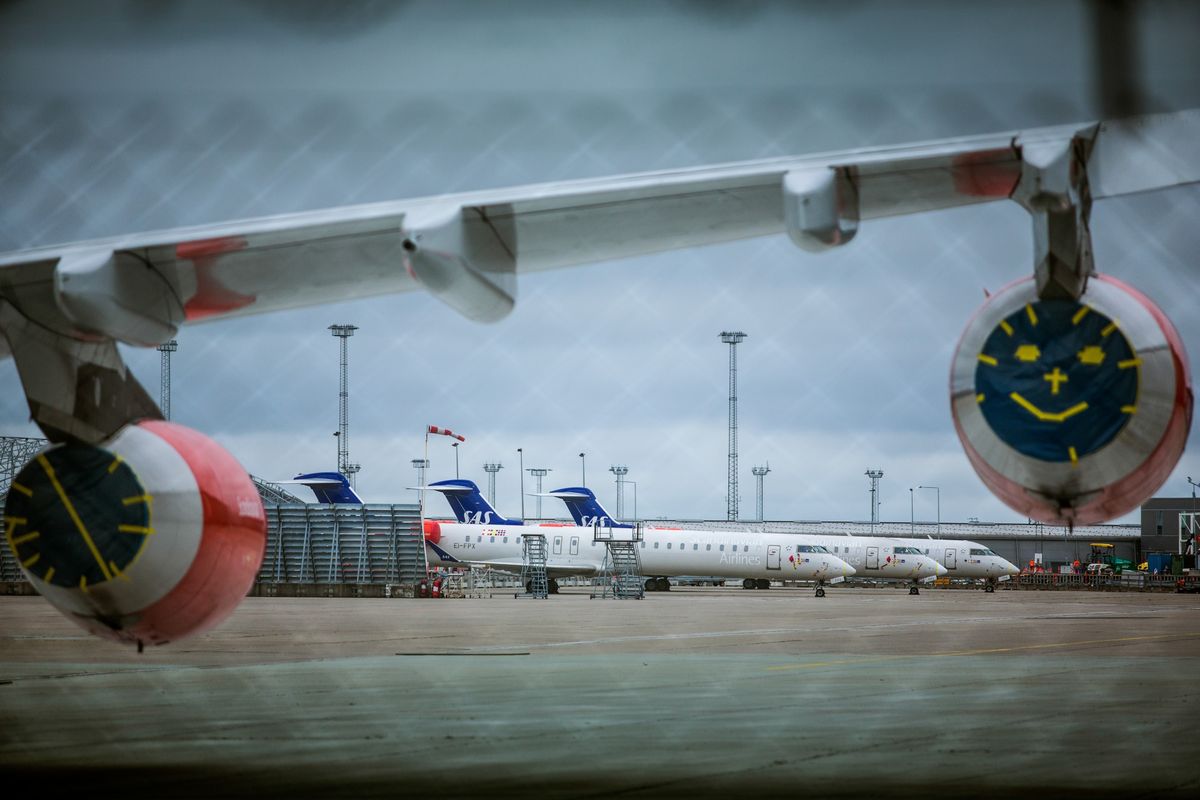 Scandinavian airline SAS AB will raise 12 billion kronor ($1.28 billion) from investors including Sweden and Denmark as it battles to survive a slump in travel demand while facing a squeeze from European rivals.

The plan, also backed by the Wallenberg family, includes share sales, a rights offer and the issue of hybrid notes, as well as conversion of some 3.75 billion kronor of debt into equity, Stockholm-based SAS said in a statement Tuesday.

The refinancing will be accompanied by the elimination of 5,000 posts to help boost efficiency by 4 billion kronor as part of a new business plan. SAS, one of the few European flag-carriers not part of a larger group, is also standardizing around an all-Airbus SE fleet in an effort to minimize expenses.

“Along with the group’s revised business plan, the recapitalization plan will enable us to withstand this crisis,” SAS Chairman Carsten Dilling said in the release. “I would like to thank our shareholders for providing support in these unprecedented and challenging times.”

Shares of SAS traded 2.8%% lower as of 9:35 a.m. in Stockholm, taking the stock’s decline this year to 43%. The company is likely to face a squeeze from larger network carriers and low-cost operators like Ryanair Holdings Plc, though local rival Norwegian Air Shuttle ASA may have receded as a threat, saying Monday it had scrapped a deal for almost 100 planes.

In all, the moves will restore about 14 billion kronor in equity while seeking productivity savings of between 15% and 25%, allowing SAS to continue as a key provider of Scandinavian airline infrastructure, Dilling said.

Copenhagen will remain the carrier’s main focus for inter-continental flights under the revised strategy, with smaller long-haul hubs in Stockholm and Oslo.

SAS pledged to continue with a fleet-renewal plan through 2025 while saying it’s evaluating a replacement for Boeing Co. 737 in the 120 to 150 seat segment. That’s after it placed an order for 50 Airbus A320neo — including 15 leased jets — to replace the 737s.

The governments of Denmark and Sweden, already the two largest shareholders, along with No. 3 owner the Knut and Alice Wallenberg Foundation, have agreed to participate in the offerings.