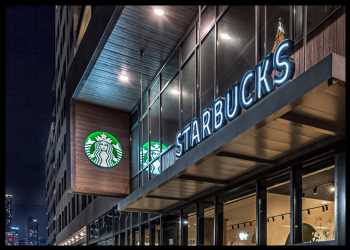 Starbucks is the latest major advertiser to withdraw from advertising on social media platforms.

The coffee giant also said it will continue to have discussions internally and with its media partners as well as civil rights organizations to stop the spread of hate speech.

“We believe in bringing communities together, both in person and online, and we stand against hate speech. We believe more must be done to create welcoming and inclusive online communities, and we believe both business leaders and policy makers need to come together to affect real change,” Starbucks said.

A campaign organized by the Anti-Defamation League or ADL is seeking advertisers to suspend their ad spending on Facebook and Instagram for the month of July 2020.

The “Stop Hate for Profit” campaign has been organized to protest against Facebook’s handling of objectionable posts as well as its moderation approach.

On Friday, Verizon said it has joined the ongoing advertising boycott of Facebook and Instagram. Ice cream brand Ben & Jerry’s as well as various sports and outdoor lifestyle companies have already joined the Facebook boycott.

While the boycott initially began with Facebook, it has now spread to other social media platforms too.

Unilever said Friday it would not run brand advertising on Facebook, Twitter, and Instagram in the U.S. until at least the end of this year. The consumer goods giant noted that more needs to be done by its social media partners in the areas of “divisiveness and hate speech during this polarized election period in the U.S.”

Coca-Cola Co. said it will halt advertising on all social media platforms globally for at least 30 days, saying there was no place for racism on social media.

Facebook has come under intense pressure to improve how it moderates the content on its platform, including recent controversial posts by U.S. President Donald Trump.

In response to the boycott campaign, Facebook chief executive officer Mark Zuckerberg said late Friday that his company would change its policies to prohibit hate speech in its advertisements.

The social media giant added it will expand its policies to better protect immigrants, migrants, refugees and asylum seekers from ads that suggest these groups are inferior or express contempt, dismissal or disgust directed at them.