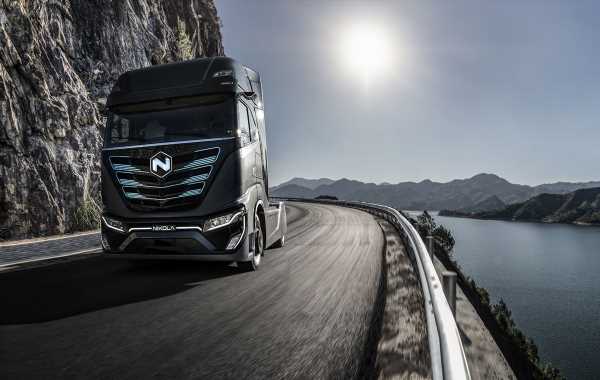 When Kim Dong Kwan joined his family’s business a decade ago, he had one focus: green energy.

That’s what motivated the Harvard graduate to push for an investment in a little-known hydrogen-truck maker, Nikola Corp., two years ago. That paid off: Hanwha Group’s $100 million bet on the unprofitable startup has lifted the fortune of the family running one of South Korea’s largest conglomerates to about $1.7 billion, based on the value of publicly traded holdings.

“Nikola hasn’t sold a single truck yet,” said Ethan Won, an analyst at HI Investment & Securities Co. in Seoul. “But Hanwha’s decision is in line with the global trend moving toward hydrogen technology.”

Hanwha, founded by Kim’s grandfather in 1952, hasn’t always been synonymous with such environmentally friendly initiatives. The company began as an explosives manufacturer to tap growing demand during the Korean War and the reconstruction effort that followed, becoming the country’s first domestic producer of dynamite in 1959. When it started to diversify in the 1960s, it went into industries including petrochemicals and energy, only later expanding to consumer-focused fields such as finance, retail and leisure.

While explosives, defense and petrochemicals remain Hanwha’s primary businesses, accounting for about 45% of revenue last year, the company started touting solar energy as its future growth driver and began pouring money into it a decade ago.

In 2010, it invested in Nasdaq-listed Solarfun Power Holdings Co., a Chinese manufacturer of solar photovoltaic cells and modules, and in 2012 it bought most of Q-Cells SE, an insolvent German solar-panel maker. That led to the creation of the world’s largest manufacturer of solar cells. The combined firm, Hanwha Q Cells Co., was delisted and gave way to Hanwha Solutions Corp., which combines the group’s chemical, energy-solutions and advanced-materials businesses.

“People were very skeptical at first when we set our goal to become a leader in the renewable-energy sector,” Kim said in a video interview for the 2011 World Economic Forum in Davos. “We believe that the most important issue our global community is facing is finding a safe and sustainable source of energy to fuel future growth.”

South Korea’s family-run conglomerates, known as chaebol, are often accused of corruption, abuse of power and widening of social and economic inequality. Hanwha has been no exception.

The group’s chairman, Kim Seung Youn, was convicted at least twice. In 2007, he was sentenced to 18 months in prison for assaulting karaoke bar workers with a steel pipe in revenge for an attack on one of his sons. He was granted a presidential pardon before getting another four years for embezzlement, a sentence that was reduced and later suspended.

The younger Kim, now 36, joined the chairman’s office at Hanwha Group after graduating from Harvard. His work has focused on strategy and overseas marketing for the solar business.

Nikola was flagged as a promising venture in an internal report, and Hanwha invested after Kim’s meeting with the truck maker’s founder, Trevor Milton. Now the Korean company is entitled to supply solar electricity to Nikola’s hydrogen-charging stations.

While Hanwha has a 6.13% stake in Nikola through two private units, regulatory filings show that more than two-thirds of the shares, worth about $1.1 billion, are controlled by Kim and his two younger brothers. That has boosted the fortune of the family, which also owns 36% of Hanwha Corp., the publicly traded holding arm of the group spanning financial services, chemical and solar energy.

Only time will tell if the Nikola bet will work out in the long run — the truck company isn’t expecting to have its first $1 billion revenue year until 2023. But that’s not a concern for the Kims. The investment was made for business purposes and is irrelevant to the family’s personal fortune, according to a company spokesman.

While the elder Kim has been an avid supporter of the solar business, the early years weren’t easy for Hanwha as an excess of solar-component supply from Chinese manufacturers led to stiff price competition.

But the company has managed to get through that. Since 2010, revenue at the solar-energy business has jumped almost 10-fold to 3.7 trillion won ($3.1 billion) last year, according to data provided by Hanwha. In 2019, the South Korean company topped the U.S. residential solar market with a 27% share, almost double from 2018, according to consulting firm Wood MacKenzie Ltd.

And things could get even better. Solar energy, which accounted for 2% of the world’s electricity generation last year, will grow more than any other energy source, comprising 22% by 2050, according to BloombergNEF’s 2019 new-energy outlook report.

“We should not be affected by immediate profits or uncertain business conditions,” Chairman Kim said in a 2011 speech commemorating the conglomerate’s founding. Solar energy is “something we should pursue with beliefs that it can be done and will be done.”

— With assistance by Pei Yi Mak, and Peter Eichenbaum