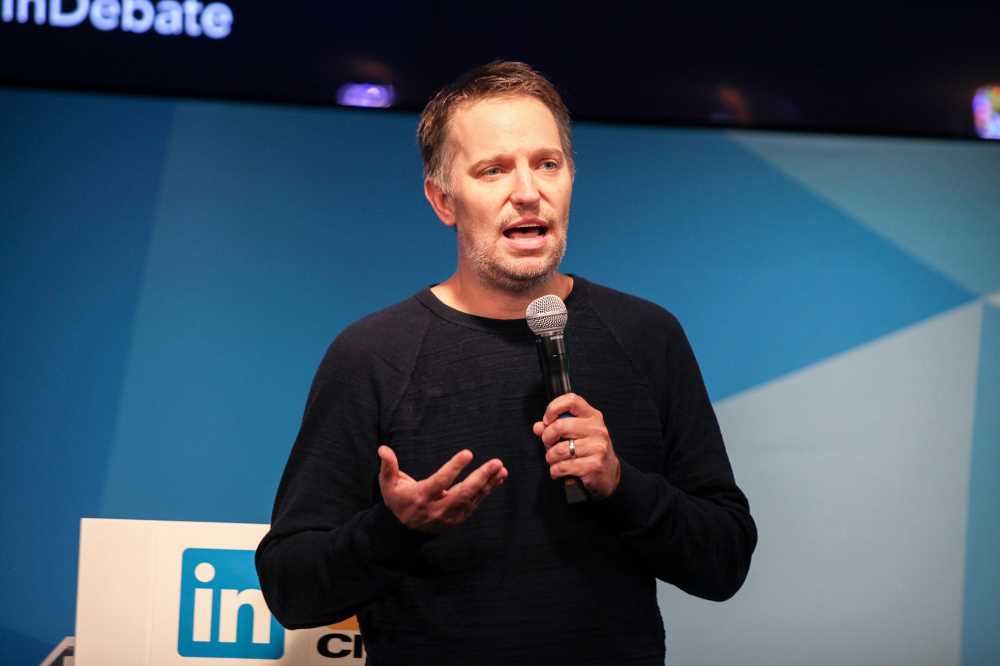 LinkedIn CEO Ryan Roslansky chastised his employees for airing “appalling” views on race during a virtual meeting on inequality that reportedly devolved into a “dumpster fire.”

Roslansky apologized after some staffers at the buttoned-up social network reportedly questioned concerns about police killing black people and likened corporate diversity to anti-white racism during a video town hall held in the wake of George Floyd’s death.

The anonymous comments “reinforced the very hard work we still have to do,” Roslansky said in a Thursday LinkedIn post. He indicated that the videoconferencing platform used to conduct the meeting prevented him from seeing the comments as they were posted.

“We require members on our platform to have real identities and we will not allow anonymous questions in all hands meetings in the future,” Roslansky wrote. “We are not and will not be a company or platform where racism or hateful speech is allowed.”

Roslansky’s missive followed outrage from several LinkedIn employees who said the tone-deaf comments turned Wednesday’s discussion on racial injustice into an “epic fail,” according to the Daily Beast, which first reported on the dustup.

Several commenters suggested that LinkedIn’s efforts to diversify its workforce amounted to discrimination against white people, the outlet reported. Some 47.5 percent of LinkedIn employees are white, 40.3 percent are Asian and just 3.5 percent are black, according to the company’s most recent diversity report.

“It appears that I am a prisoner of my birth,” one “non-minority” commenter wrote, according to the Daily Beast. “This is not what Martin Luther King Jr. would have wanted for anyone.”

“Racial prejudice is rampant in tech companies. As a white person, I’ve experienced it from people of other races too,” another employee reportedly said.

Other commenters suggested that activists ignore police killings of white people and black-on-black crime, arguments often used to downplay concerns about police violence against black people, according to the Daily Beast.

“Blacks kill blacks at 50 times the rate that whites kill blacks. Usually it is the result of gang violence in the inner city. Where is the outcry?” one comment reportedly said.

Other employees chimed in to condemn the comments, calling them racist and upsetting, the Daily Beast reported. One black staffer said the remarks “absolutely destroyed me,” while another person said they “do not feel safe working at this company.”

Roslansky tried to reassure his staff that LinkedIn was committed to stamping out racism. He noted that LinkedIn recently launched free online courses on diversity, inclusion and unconscious bias.

“Many of you shared the hardest part was realizing that this company we love and hold to such a high standard still has a lot of work to do to educate ourselves and our colleagues on how to create a culture that is truly anti-racist,” Roslansky wrote. “We will do that work.”