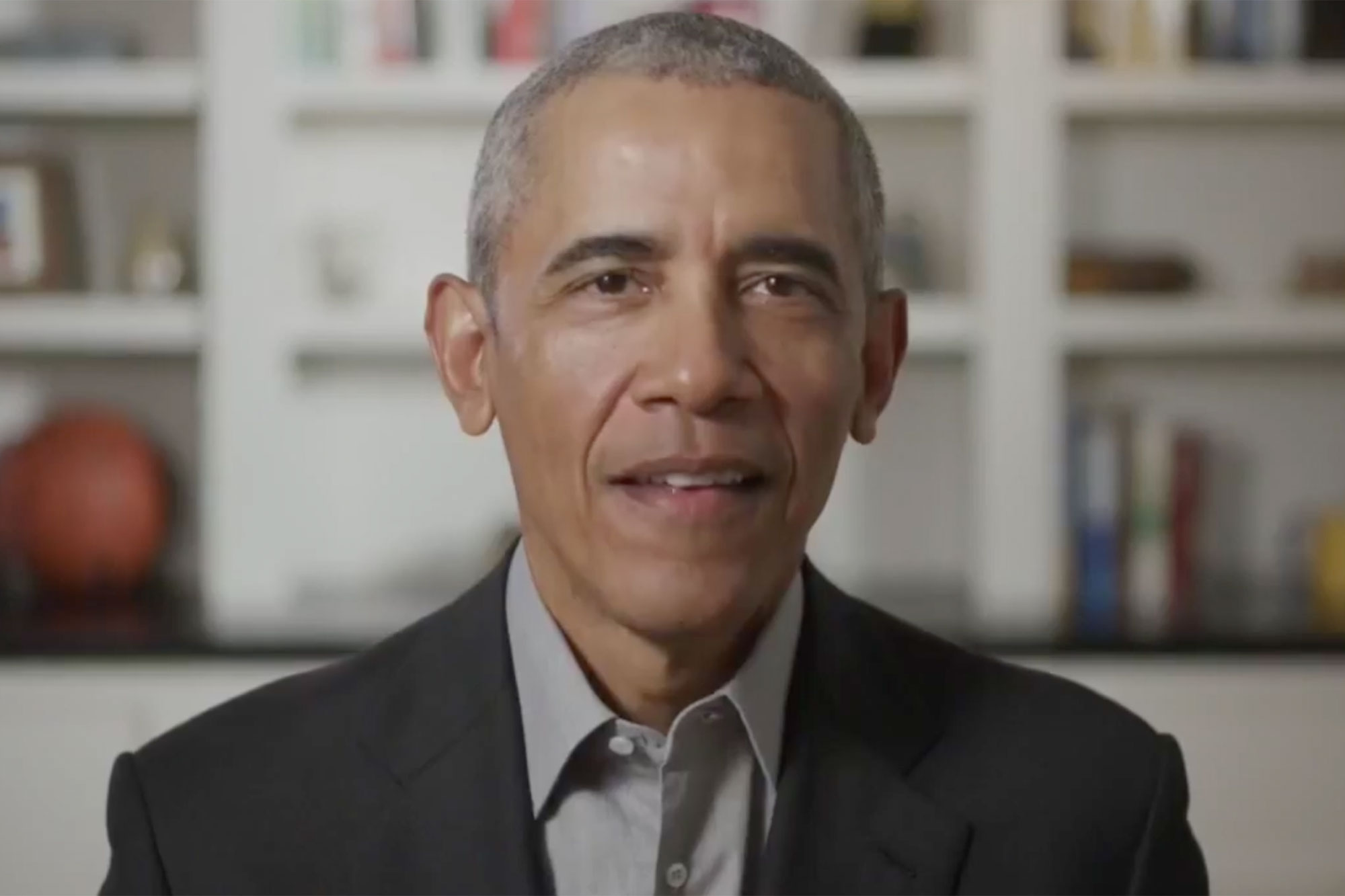 But perhaps the former president's most stirring message was for young black Americans who remind him of his own daughters. Using the language of the often divisive debate over "Black Lives Matter" and "Blue Lives Matter" and "All Lives Matter," the father of two college-student daughters said to their peers:

"I want to speak directly to the young men and women of color in this country who have witnessed too much violence and too much death — and too often some of that violence has come from folks who were supposed to be serving and protecting you."

"I want you to know that you matter. I want you to know that your lives matter, that your dreams matter. And when I go home and I look at the faces of my daughters Sasha and Malia, and I look at my nephews and nieces, I see limitless potential that deserves to flourish and thrive. You should be able to learn and make mistakes and live a life of joy without having to worry about what’s going to happen when you walk to the store, or go for a jog, or are driving down the street, or are just looking at some birds in a park."

That last part was a reference to the incident where a white woman called the police on Central Park birdwatcher Christian Cooper on May 25, the same day Floyd was killed.

Acknowledging their anger, Obama credited young people with helping "to make the entire country feel as if this is something that's got to change. You've created a sense of urgency that is as powerful and as transformative as anything that I've seen in recent years."

All the Quiet, Powerful Moments of Protest You Might Have Missed

Through his My Brother's Keeper initiative at the Obama Foundation, the former president challenged mayors and other local officials to take immediate steps to reform use-of-force policing policies. "The problems and solutions are so painfully real. Chokeholds and strangleholds—just saying 'That's not what we do. You don't need that to effectively restrain someone'" would be a first step, Obama said. Among the other reforms he'd like to see are: requiring de-escalation first before use of force; a warning before pulling out a weapon; and, a duty of other officers to intervene in an improper use of force.

"We need to make sure we now do follow-through because, at some point, attention moves away … protests start to dwindle in size," said Obama. "It's important for us to take the momentum that's been created and say, 'Let's use this.'"

To help combat systemic racism, consider learning from or donating to these organizations: