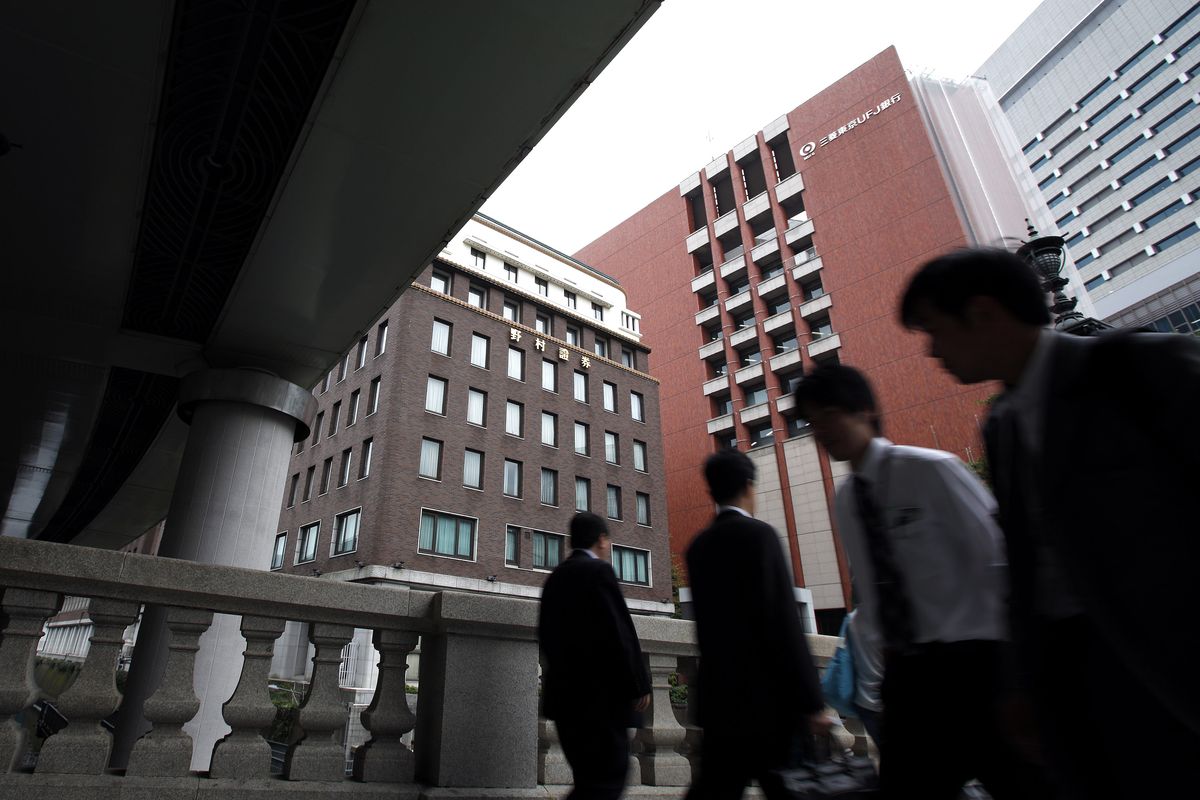 Nomura Holdings Inc.’s use of office space is part of a sweeping review ordered up by its new chief executive as the brokerage looks to shave costs in the wake of the coronavirus pandemic.

Kentaro Okuda said he has instructed each department to discuss the impact of the outbreak and “what’s needed and what isn’t.” Japan’s biggest securities firm will consider cutting space at its Tokyo headquarters and look into its locations overseas, because employees will probably continue to work from home to various degrees in an era of social distancing, he said in an interview.

“Our business environment has begun a dramatic transformation because of the coronavirus and market conditions, meaning that we need a further review” in many areas, Okuda said. He aims to compile the findings by March.

Okuda, who became CEO in April, joins counterparts at global banks such as Barclays Plc and Morgan Stanley in questioning the need for costly real estate in the Covid-19 era. Banks and brokerages are among the biggest tenants in the global commercial property industry, and many were undertaking sharp job cuts and restructurings even before the pandemic broke.

He also signaled a potential curb in its global lending business after setbacks including a drop in the value of its overseas loans led to a surprise net loss last quarter. The brokerage has been expanding merger financing as it seeks to strengthen deal-making and other so-called primary business to stabilize profit and reduce reliance on trading income.

Targets of the review into costs include domestic branches with big lecture rooms. “I think we will likely come to hold seminars through tools like Zoom rather than inviting a lot of people every day to the halls,” he said, referring to the popular video conferencing software.

There may be questions over the firm’s real estate needs abroad, too. Okuda, 56, said he will examine the “location strategy” given that almost all employees overseas are working from home and the ratio “will probably remain at quite high levels from here on.”

Nomura’s roughly 27,000 employees are spread across financial hubs around the world in expensive real estate such as 1 Angel Lane in London and New York’s Worldwide Plaza. The Japanese firm is set to give up some office space in Two International Finance Centre in one of Hong Kong’s prime business districts, people with knowledge of the matter said in March.

“We may stay quiet for a while” in the leveraged financing market because of the current environment, Okuda said, signaling the potential for a “large reduction,” at least in the short term.

To be sure, Nomura has recently been doing well in trading thanks to market swings, the CEO said. And companies may step up mergers and acquisitions in the coming months to survive the economic hardship, providing a boost to the firm’s investment banking business, said Okuda, whose background is in M&A.

Shares of Nomura rose 2.2% at the open in Tokyo on Thursday morning, paring this year’s decline to 12%.

“There’s no change in our efforts to avoid over-reliance on trading business that involves big risks, and strengthen origination business instead,” Okuda said. But the quarterly losses mean that Nomura could have done more in risk management, so “I want to have that re-examined,” he said.