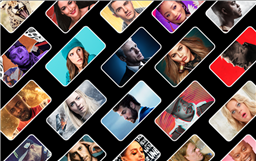 Quibi continues to face headwinds nearly two months after launching, but the mobile-focused streaming startup has told its staff that reports of imminent layoffs are inaccurate.

In an internal memo Wednesday, founder Jeffrey Katzenberg and CEO Meg Whitman said senior executives have agreed to take a 10% pay cut “because it’s the right thing to do.” The Wall Street Journal earlier in the day had reported the startup was contemplating layoffs of up to 10% of its 250-person workforce.

“Nothing has changed since our last company meeting two weeks ago,” the memo said. “Quibi is in a good financial position. As we said in that meeting, we will look for ways to tighten our belt. We are not laying off staff as a part of cost saving measures. We’ve recently added a dozen new Quibi employees.”

Katzenberg and Whitman also disputed a report by the New York Post‘s Page Six that staffers were unhappy that Reese Witherspoon had reportedly made $6 million to narrate a low-rated nature documentary, Fierce Queens. “We are pleased with the performance of Fierce Queens,” the memo said. “The talent compensation was utterly inaccurate. We are grateful for Reese’s continued support of Quibi.

Investors funneled about $1.75 billion into Quibi, which pitched itself as a technology- and talent-rich mobile offering capable of connecting advertisers and content creators with elusive 18-to-34-year-old viewers. Its name stands for “quick bites” — short-form videos lasting less than 10 minutes each. While YouTube has abandoned its subscription tiers, Quibi headed off in the opposite direction, charging $5 a month (or $8 for an ad-free version).

After a heavy round of promotion, with a CES keynote and ads on the Super Bowl and other high-profile ad buys, Quibi launched April 6. Its focus on mobile viewing became a liability during COVID-19 shutdowns this spring, and no shows on its initial slate managed to break through.

The company has drawn about 4.5 million app downloads and 1.6 million subscribers, but many have come via a 90-day free trial and the numbers are not meeting initial targets. Katzenberg, who founded the company via its parent entity Wndrco, and Whitman have acknowledged certain missteps but emphasized the long-term viability of the company. “We’re pretty pleased about where we are,” she told Deadline in May.

Some shows on Quibi have been renewed for additional seasons, and the company has recently announced two new titles, Thanks A Million and Dishmantled.

While advertising inventory sold out, many ad buyers — including those hit hard by the pandemic — have sought to renegotiate terms of their investments. Another unsettling development has been a legal battle with Eko over Quibi’s Turnsyle technology, which Eko claims is built on its proprietary technology. The lawsuit is pending.

We are proud of the work that Jim Toth and the Content team are doing every day. Their integrity and commitment to their work is unparalleled and we are fortunate to have them on our team. They have delivered compelling content that is working great with our audiences.

Nothing has changed since our last company meeting two weeks ago. Quibi is in a good financial position. As we said in that meeting, we will look for ways to tighten our belt. We are not laying off staff as a part of cost saving measures. We’ve recently added a dozen new Quibi employees.

And in regard to tightening our belt, our senior leadership team has volunteered to take a 10% pay cut because it’s the right thing to do.

We are excited about the future. As we shared in our most recent company meeting, the best is yet to come. We are confident in Quibi and the work that you are creating every day.

As the last several days have shown us, there are so many important challenges facing all of us, and we are thankful that we are all able to work together to support each other, and create a platform that can celebrate the diverse voices of our community.