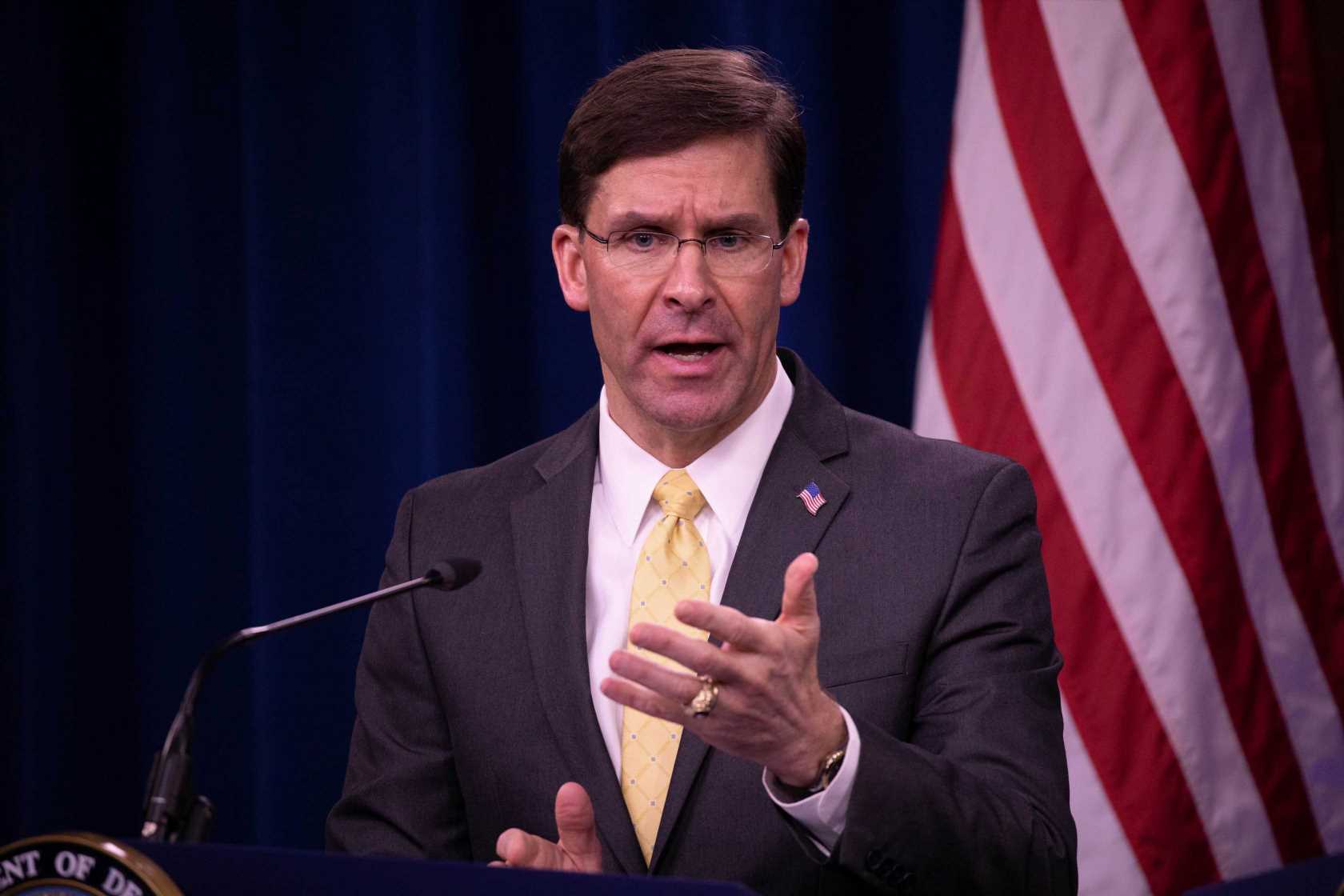 “I do not support invoking the Insurrection Act,” Esper said at a news conference at the Pentagon. “The option to use active-duty forces in a law enforcement role should only be used as a matter of last resort and only in the most … dire of situations. We are not in one of those situations now.”

“I’ve always believed, and continue to believe, that the National Guard is best suited for performing domestic support to civil authorities in these situations in support of local law enforcement,” he added.

Trump has repeatedly threatened to use the Insurrection Act to quell nationwide protests that erupted last week in response to the death of George Floyd, a Black man who died in Minneapolis after a white police officer knelt on his neck for nearly nine minutes.

Should Trump follow through on the threat, he could only deploy federal troops to states where the governments have requested them, or to states where the government is incapable of protecting its citizens. The rarely invoked law was last used amid the 1992 Los Angeles uprising over acquittals in the Rodney King beating, at the request of Republican Gov. Pete Wilson.

At a televised address from the Rose Garden on Monday ― Trump’s first since Floyd’s death one week prior ― the president urged state governors to deploy the National Guard “in sufficient numbers that we dominate the streets.”

Trump also pledged to dispatch “thousands and thousands of heavily armed soldiers” to police the streets of Washington, D.C. He then left the White House to pose for a photo at a nearby church, after federal police cleared the way by releasing tear gas and flash-bang grenades on peaceful protesters in the area.