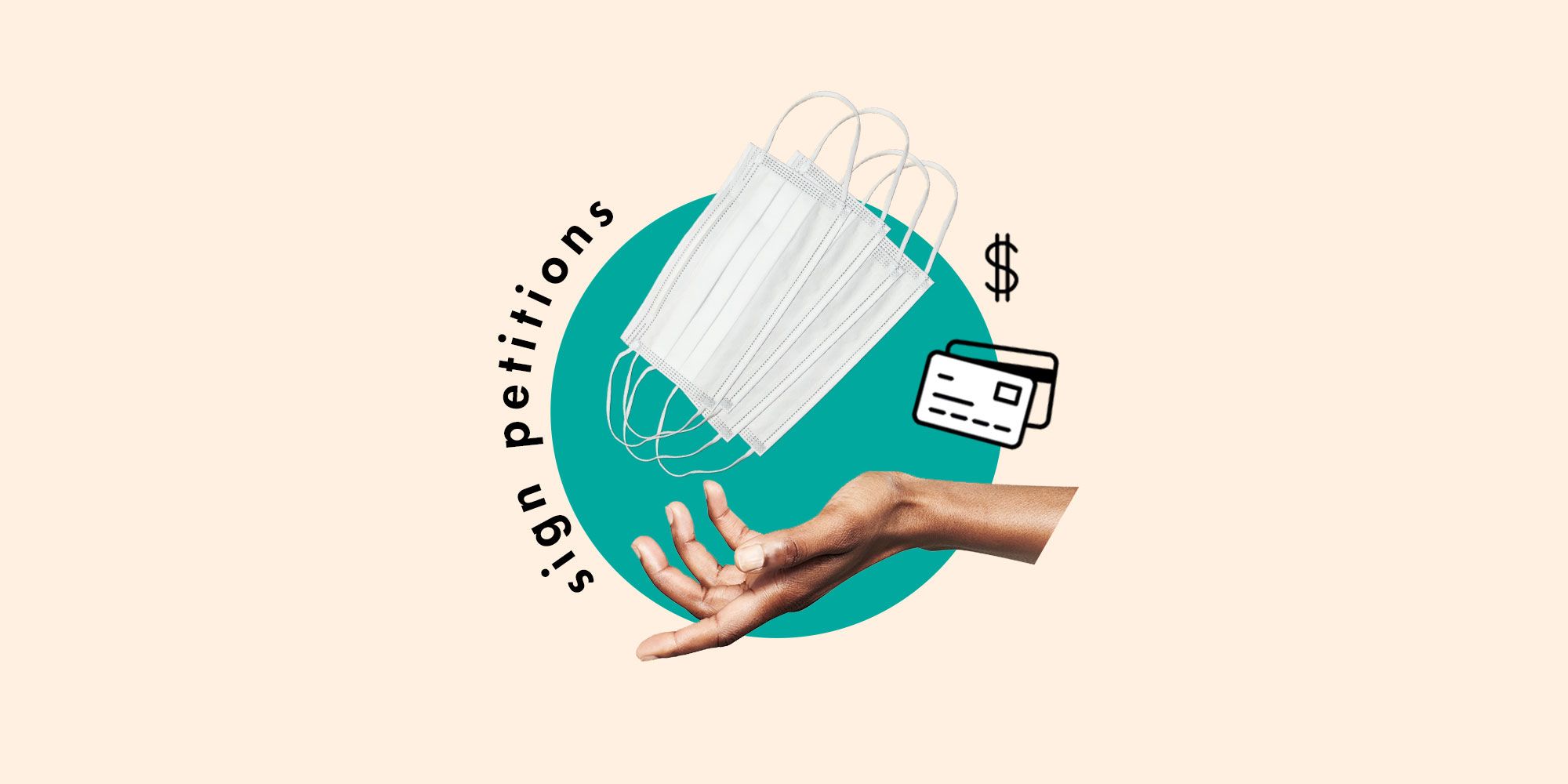 It’s been nearly a week since protests calling for police reform in response to the recent murders of George Floyd, Breonna Taylor, as well as the countless other senseless killings of Black people at the hands of law enforcement. Americans have taken to the streets in dozens of cities across the country, including Minneapolis, New York, Philadelphia, and Los Angeles.

However, not everyone who wants to has the ability to physically attend a protest—there are many reasons for this, all of which are totally valid and understandable. And totally not a problem because there are other ways you can protest.

Below are a number of methods you can use to join and help your fellow protestors and demand justice.

Just like this one in honor of Breonna Taylor., happening on Friday, June 5th at 3 p.m. EST:

PLEASE SHARE IT ON YOUR STORIES — I ALREADY SENT OUT A MASS EMAIL TO MY PETITION LIST. Governor Beshear’s office: (502) 564 2611 District Attorney Tom Wine: (502) 595 2300 Attorney General Daniel Cameron: (502) 696-5300 Senator Rand Paul: (202) 224-4343 / (270) 782 8303 Representative John Yarmuth: (202) 225 5401 Kentucky Senators General Hotline: 1-800-372-7181 If you have time, call in. I know it's tedious, but stay on hold. When they pick up, say this: I am calling on behalf of Breonna Taylor. We demand that John Mattingly, Detective Brett Hankison, and Detective Myles Cosgrove are fired immediately and charged with manslaughter and negligence. We demand that a special prosecutor be appointed to investigate the Louisville Police Department immediately. We demand that a special session be convened to ban no-knock warrants immediately. We demand justice for Breonna Taylor. You cannot shoot an innocent civilian and call it a "clerical error" — we will not have it. @andybeshearky @danieljaycameron

Do some digging and see if there are any other virtual protests happening in your local communities that you can attend.

Ask your friends who *are* planning on physically protesting if they need an emergency contact. Make sure you have their full legal name and date of birth and check in on them every so often so you’re aware of their whereabouts. They should also have your phone number written down on their arm with a permanent marker just in case.

If you have the means, consider donating or buying extra supplies ahead of protests in your area. Some ideas:

Cover the cost of public transit

Know of literally anyone going to a protest? The cost of public transit can add up quickly. Consider covering it for those attending—whether it’s sending a quick Venmo to your friend or literally mailing your transit card that you’re not using at the moment to someone who *will* be using it.

Offer to watch the young children of parents who are actively on the front lines of protests for free—for however long it’s needed. Or, if you’re unable to take care of their children, offer to pay for a babysitter.

Through your Instagram story, in your group chats, on your feed. Share any resources that you think could be helpful for protestors, like this viral graphic that’s been passed around social media:

BE SAFE. Here’s our guide on being prepared for safe protests. PLEASE READ ⬇️ . 1. LOOK OUT FOR THINGS THAT DON’T SEEM RIGHT. There are increasing reports and investigations that white supremacists may be infiltrating these protests, breaking windows and destroying property. If anything seems off to you, DOCUMENT IT. Always check who is organizing. . 2. FOLLOW THE DIRECTIONS OF GRASSROOTS BLACK ORGANIZERS. They have been at this a long time and are disciplined in the ropes of community organizing and demonstration. It IS a discipline. Follow trusted leaders whose goal has been the focused pursuit of justice. If they just showed up, that’s a red flag. . 3. HAVE A BUDDY. Make sure someone is keeping an eye on you and check in on them. . 4. STAY SAFE and take care of each other. 💜

Continue to call your elected officials and demand reform and justice. You can do this over the phone or by email. Here’s an email written by Instagram user Maasai Godwin to get you started:

Please click the link in my bio, it will automatically take you to a prewritten email. The emails of the elected officials are already imbedded. All you have to do is type your name and where you are from. We all must do what we can to fight these injustices. #blacklivesmatter ✊🏽

There are countless bail funds accepting donations, which will in turn help combat our country’s mass incarceration problem. You’ve probably heard of The Minnesota Freedom Fund and North Star Health Collective, but they’ve since paused on accepting any more donations. Here are some more to consider:

You’ve heard it already, but keep adding your name to petitions. A few to add your name to:

Keep speaking out against injustice and for police reform on social media, to your parents, coworkers, friends. Don’t use the fact that you can’t physically attend a protest as an excuse to be silent. Put your money, time, and effort where your black box on Instagram is.

They’re most definitely not okay right now. Do your part and take time out of your day to check in with those who are struggling and who are on the front lines.