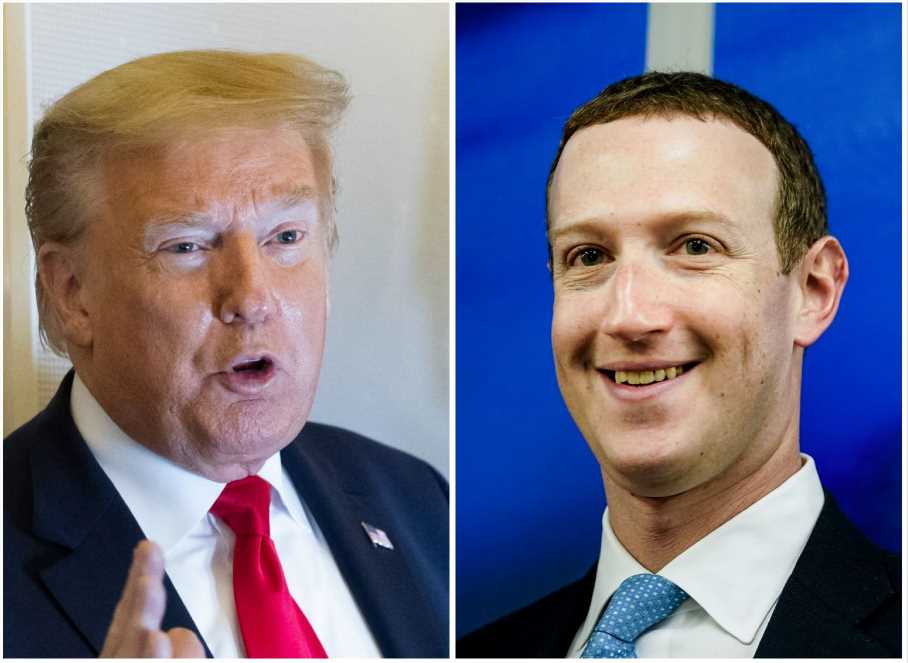 Facebook employees are speaking out against CEO Mark Zuckerberg and his non-response to President Donald Trump’s violent rhetoric about people protesting the death of George Floyd on the platform.

Over the weekend, numerous employees went on Twitter to share their feelings toward the company not taking action on Trump’s post calling protesters, many of whom are people of color, “THUGS” and threatening to send the National Guard.

“Any difficulty and we will assume control but, when the looting starts, the shooting starts,” the president wrote on all of his social media pages including Twitter, Facebook and Instagram.

Trump sent the missive on Friday morning in response to the eruption nationwide over Floyd, a Black man who died after a white police officer knelt on his neck. Twitter applied a warning label that indicated the message violated rules against glorifying violence. The platform left the tweet up for view with the warning, writing that it “determined that it may be in the public’s interest for the Tweet to remain accessible.”

Zuckerberg neglected to take similar action on his own platform. He shared a lengthy Facebook post on Friday, writing that he’d “been struggling with how to respond to the President’s tweets and posts” and had a “visceral negative reaction to this kind of divisive and inflammatory rhetoric.”

Despite that, the 36-year-old said that Facebook’s “position is that we should enable as much expression as possible unless it will cause imminent risk of specific harms or dangers spelled out in clear policies.”

“Although the post had a troubling historical reference, we decided to leave it up because the National Guard references meant we read it as a warning about state action, and we think people need to know if the government is planning to deploy force,” he wrote, adding that the message “does not violate our policies and is important for people to see.”

After Zuckerberg posted that note, Facebook employees of all levels shared their disagreement with the CEO’s stance on Twitter. Many employees stressed the importance of not staying silent and that they strongly do not support any post that incites violence.

On Monday, some employees tweeted about staging a virtual walkout in protest of Zuckerberg. Employees requested time off to support the ongoing protests and added an automated message to their emails to share their support, according to The New York Times.

“We recognize the pain many of our people are feeling right now, especially our Black community,” a Facebook spokesperson told HuffPost in response to employees speaking out against Zuckerberg. “We encourage employees to speak openly when they disagree with leadership. As we face additional difficult decisions around content ahead, we’ll continue seeking their honest feedback.”

The statement follows another post Zuckerberg shared late on Sunday night that said, “Facebook needs to do more to support equality and safety for the Black community through our platforms,” though it did not directly address employee concerns.

The post noted that the brand will be donating $10 million to criminal justice groups and that the Chan Zuckerberg Initiative, Zuckerberg and wife Priscilla Chan’s philanthropic program, has spent about $40 million a year “for several years” to “overcome racial justice.”

“We expect to be in this fight for many years to come. This week has made it clear how much more there is to do,” he said.

If you’re a Facebook employee interested in speaking about your feelings toward Zuckerberg’s approach to Trump’s rhetoric, email jenna.amatulli@huffpost.com.