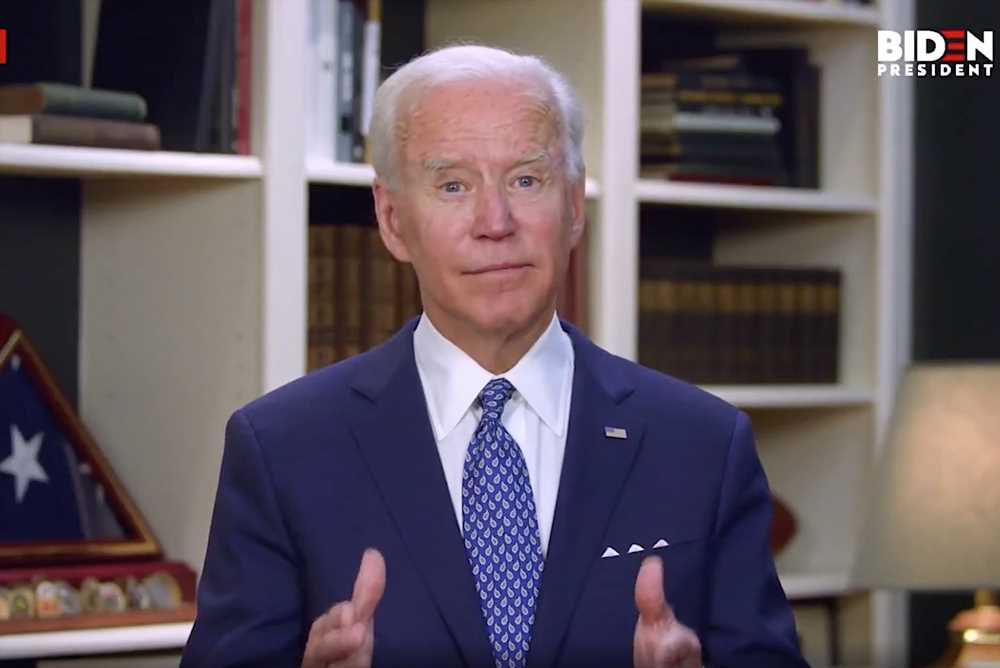 In a live address on Friday, presidential candidate Joe Biden said the killing of George Floyd was “an act of brutality” that “denied him of his very humanity.”

Biden’s emotional speech came before the arrest of Minneapolis police officer Derek Chauvin, who was later charged with Floyd’s murder. Before the speech, the candidate spoke with Floyd’s family.

Biden said that Floyd is the latest victim of America’s racist history, and mentioned Eric Garner, who like Floyd also cried out, “I can’t breathe,” while he was being killed by police in 2014.

“They’re the latest additions to the endless list of stolen potential, wiped out unnecessarily. It’s a list that dates back more than 400 years; black men, black women, black children, the original sin of this country still stains our nation today,” Biden said.

The former vice president also addressed President Trump’s tweets that were labeled by Twitter as “glorifying violence” and criticized the president for his lack of leadership, calling the killing and its aftermath a “national crisis.”

“This is no time for incendiary tweets. It’s no time to encourage violence. This is a national crisis,” Biden said. “We need real leadership right now, leadership that will bring everyone to the table so we can take measures to root out systemic racism. It’s time for us to take a hard look at the uncomfortable truths. It’s time for us to face that deep open wound we have in this nation.”

Biden said there needs to be justice for Floyd as well as police reform and accountability. But he also called on citizens to make it their duty to understand and confront the scourge of racism that permeates American society.

“I believe it’s the duty of every American to grapple with it and to grapple with it now. With our complacency and our silence, we are complicit in perpetuating these cycles of violence,” Biden said. “Nothing about this will be easy or comfortable, but do we simply allow this wound to scab over once more without treating the underlying injury, we’ll never truly heal.”

Finally, Biden spoke of equality and change that is needed in order for healing to come to fruition.

“The very soul of America is at stake. We must commit as a nation to pursue justice with every ounce of our being. We have to pursue it with real urgency. We’ve got to make real, the promise of America, which we’ve never fully grasped. That all men and women are equal. Not only in creation, but throughout their lives,” Biden said, adding, “Again, to George’s family, thanks for taking the time to talk to me. I promise you, I promise you, we’ll do everything in our power to see to it that justice is had for your brother, your cousin’s case. God love y’all. Folks, we got to stand up. We got to move. We got to change.”