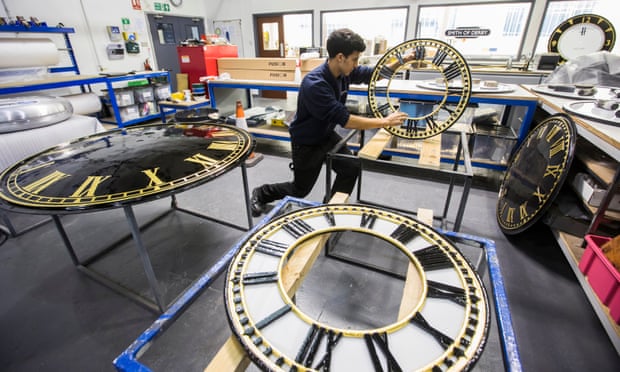 Next month was supposed to bring 12 months of festivities to Derby, with a series of commemorative events celebrating three centuries of proud manufacturing history. The pandemic stalled those plans and then, last week, the city’s industrial pride was dealt another blow. Derby’s biggest private-sector employer, jet engine manufacturer Rolls-Royce, announced that a worldwide slump in air travel meant it would cut 8,000 jobs in its civil aerospace business.

So the future for many is uncertain, but Derby can rely on its past for work. On the banks of the River Derwent, construction has just restarted on the Museum of Making. It occupies the site of a 1721 silk mill which the city says was the world’s first factory. It will now open next year, on the mill’s 300th anniversary. In pride of place will be a Rolls-Royce Trent engine, built in Derby in 2018, says Tony Butler, director of Derby Museums.

“Rolls-Royce touches the lives of so many people in the city,” he says. “It has done for nearly 100 years, either through directly working for them, through family members or by working for the supply chain.”

Derby remains a major manufacturing centre, with a significant role in aerospace, automotive and train production. As well as Rolls-Royce, it is home to Canadian transport company Bombardier, where 2,000 staff build trains, and Japanese carmaker Toyota, whose 2,500 workers at the nearby Burnaston factory are about to restart production of the Corolla.

If Derby has done well to maintain its industrial strength through 300 years of economic change, it is paying a price for still punching its weight in the 21st century. Manufacturing brought skills and good salaries to the region, but now leaves Derby exposed to an downturn, according to analysis from the Centre for Cities thinktank.

Out of 62 British cities and large towns it tracked, Derby is forecast to be the third most badly hit by coronavirus, after Crawley and Luton, thanks to its reliance on the aviation and automotive sectors.

“Some of this is luck of the draw,” says Paul Swinney, director of policy and research at Centre for Cities. “Very specific sectors are going to be hit hard by this, and there are no easy answers to what can you do for a place like Derby.”

For one local leader, the answer is to lean a little less on that manufacturing tradition. “We need to diversify our economy,” says Paul Simpson, chief executive of Derby city council, fresh from chairing a telephone conference of the city’s new coronavirus economic recovery task force. “We’re proud of the major industries, the manufacturing, but there is an inherent risk. You can’t have all your eggs in one basket. When something like this comes along, it is an economic shock.”

The council says planned economic investment outside the manufacturing sector will continue, including three property development schemes – new homes, shops and offices – worth £450m. Simpson adds that several companies are still expressing an interest in being based in Derby, though he declines to give details.

Local firm Acres Engineering hoped spring would herald a spending spree from corporate customers including Rolls-Royce, following 2019’s Brexit uncertainties and election. Based in Melbourne, a few miles south of Derby, it makes production support equipment, gear that manufacturers such as Toyota, Bombardier, Siemens and JCB use to lift and move components around their factories.

“With the big manufacturers, the concern is that they’re going to try and look after their cash now,” says managing director Luke Parker, “and a lot of what we make is classed as investment. If you have a workshop trolley, you’re not necessarily going to buy a new one.” He’s worried about “quite a long period of hardship” ahead.

In search of clients and sales, Acres has created new products including a foot-operated door handle called a “footle”. Yet the firm’s turnover now stands at just 40% of usual monthly levels, below break-even, and 40% of staff remain furloughed. 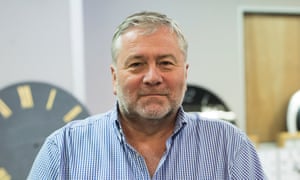 Britain’s manufacturers are generally gloomy: over a third (36%) of those surveyed by manufacturers’ organisation Make UK say it will take over a year to return to normal trading.

Clockmaker Smith of Derby is more hopeful, having weathered many storms in its 164-year history. It has been making clocks for places from St Paul’s Cathedral to Shanghai’s Custom House since 1856.

Managing director Bob Betts says the family-owned company received around a quarter of its usual level of orders, even during the lockdown, and maintenance and service contracts have continued. “We are quietly confident that we will start to see business come back,” says Betts, who hopes orders will return from hotel and leisure developments.

One job Smith’s apprentices have had has been restoring a clock made for Derby’s Guildhall in 1842, which will be displayed in the Museum of Making when it opens.

When Derby finally celebrates its 300 years of manufacturing, it will also face the challenge of attracting the industries of the future.

Britain’s manufacturers fear the government is about to throw away all its good work during the Covid-19 crisis with a panicked response to easing the lockdown.

The chancellor, Rishi Sunak, has already privately made it clear that he is concerned about adding to public sector debt. Yet Treasury cash will be needed to revive the economy or much of the funds deployed so far will be wasted.

One instance of penny-pinching can be found in the state-backed business rescue loans. Mid-sized manufacturers are one of the targets of the loans, but the demand that companies renegotiate all their other loans and mortgages to make the Treasury the lead creditor has deterred many from using this facility.

Sunak’s refusal to make up the shortfall in university and further education funding is another concern. Manufacturers conduct much of their research with universities, and a recent bailout of the sector excluded research funding. There was a skills shortage before the Covid-19 outbreak and it will be acute next year in key sectors, say manufacturers. Without a fully functioning university and FE sector, that situation is going to get worse.

Make UK, the lobby group for manufacturers, says guidance on safe ways to work is another area Whitehall must work on. Money, though, is the key to getting firms back up and running after months with factories almost idle.
Controversially, the Treasury is reportedly looking at proposals to acquire stakes in nationally important companies – such as key manufacturers – that cannot access state loans and are in dire financial peril. Make UK says many firms might require the government to take a stake in them in order to survive.

Another key to unlocking much-needed business investment would be a scrappage scheme for old IT and machinery, which would “incentivise firms to invest in new technologies that will increase automation, productivity, output and exports”, says Make UK.

Its warning is clear: without funds to wake up the economy and shore up manufacturing, the recession is likely to be longer and deeper.
Phillip Inman