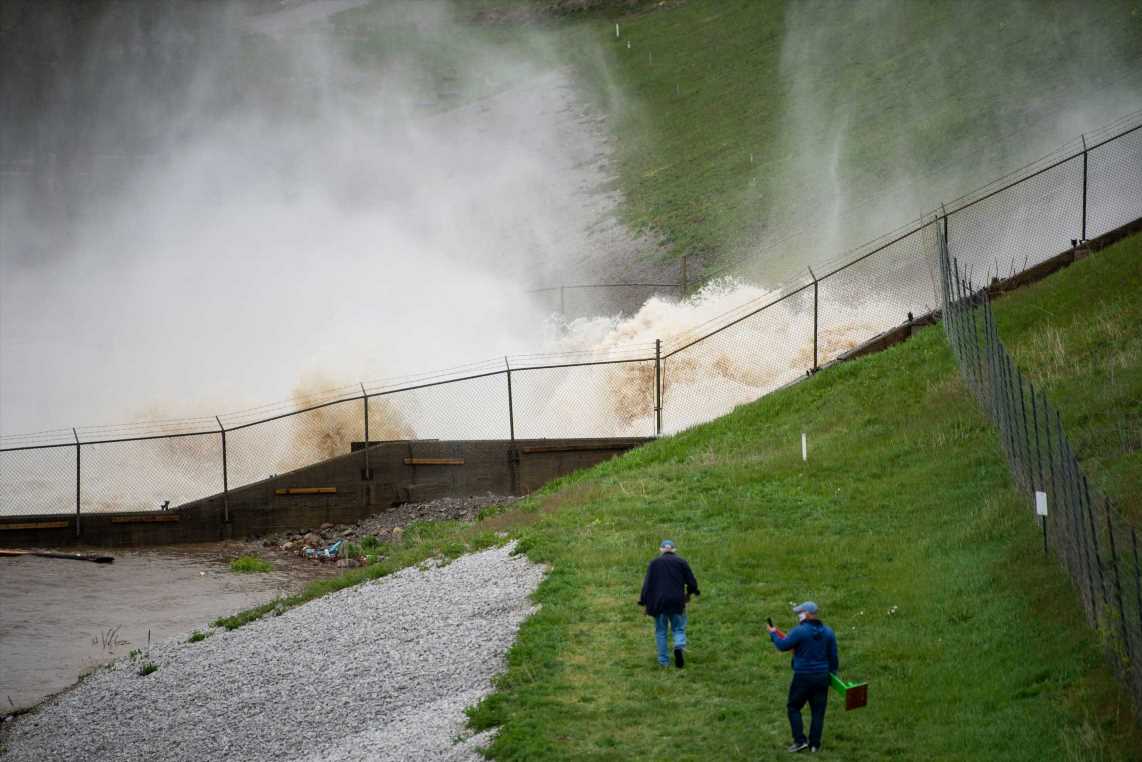 Michigan Gov. Gretchen Whitmer warned residents on Wednesday that dangerous floodwaters are expected to rise in the state.

“We are anticipating the height being around 8 p.m. tonight” in Midland County, Whitmer said at a midday press conference, adding that the floods have already been “devastating.”

More than 10,000 people have been forced to evacuate their homes in central Michigan due to what the National Weather Service called “catastrophic dam failures” at the Edenville Dam. The nearby Sanford Dam is currently overflowing.

“This is going to be hard, but we are anticipating several feet of water across this area,” Whitmer said. “It is a tough time to be sure, but we are going to get through this.”

Experts describe the flooding as a 500-year event, the Democratic governor added.

There have been concerns about the Edenville Dam for at least two years. Built in 1924, the dam was rated as in unsatisfactory condition by the state in 2018. That same year, the Federal Energy Regulatory Commission revoked the license of the company that operated the dam due to noncompliance issues.

“This incredible damage requires that we hold people responsible,” Whitmer said. “This was a known problem for a while and that’s why it’s important that we do our due diligence and take action.”

As residents prepare for the worst, President Donald Trump said he was monitoring the situation and thanked first responders in tweets on Wednesday. But that didn’t stop the president from also threatening to “hold up funding” for Michigan during a rage tweet over the state mailing out absentee voting applications, which the president falsely claimed were actual ballots. (Trump later revised that tweet to call the mass mailing of applications “illegal.”)