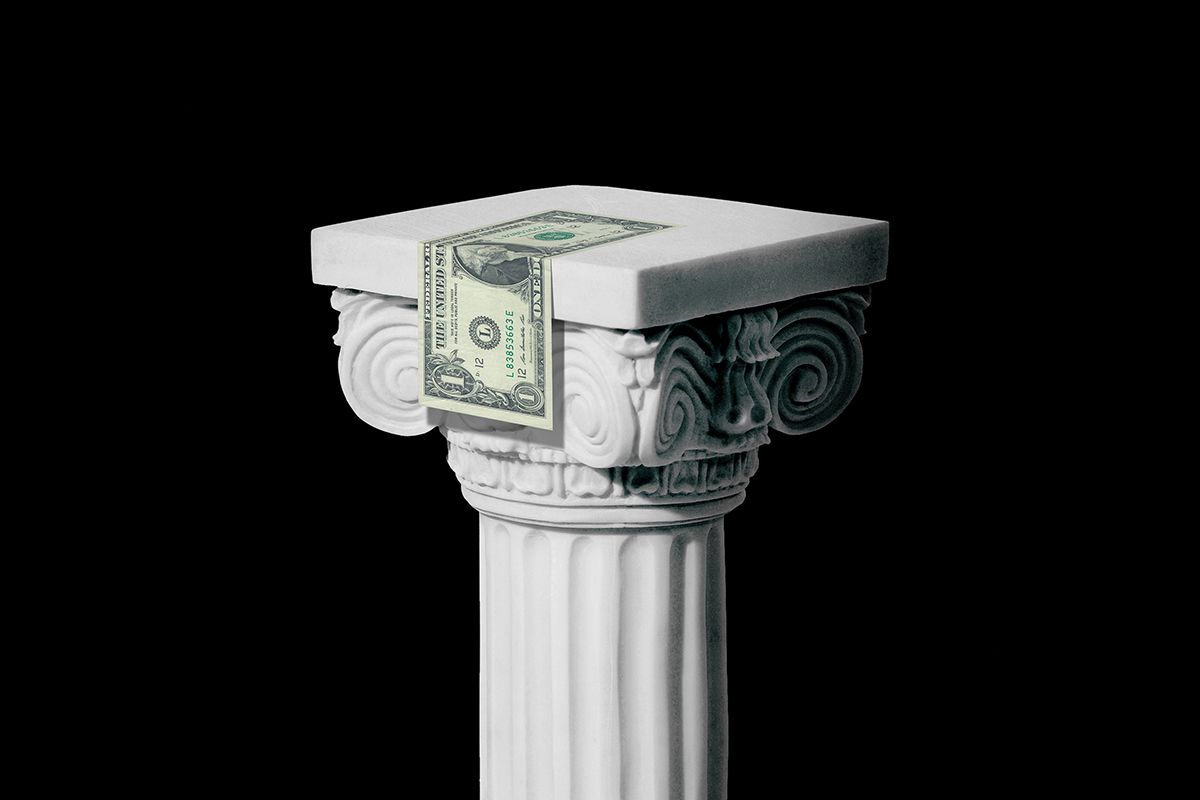 Back in August, then-Bank of England Governor Mark Carney gave a speech in Jackson Hole, Wyo., about the problem of the U.S. dollar. The issue, as he identified it, was not that the dollar’s fundamentals are weak, but that they’re too strong. Even as the U.S.’s share of worldwide gross domestic product steadily shrinks, the dollar’s share of global transactions has only grown. This mismatch proves dangerous when, in the process of fulfilling its domestic mandate, the Federal Reserve makes moves that have huge ripple effects around the world.

Why is the dollar so popular? For years people have been crying about how U.S. policymakers have abused its strength and unique global position. They point to the burgeoning Fed balance sheet, the massive national debt, or the huge trade deficit that the U.S. has run with the rest of the world. But the simple fact is that people use the dollar because other people use the dollar. As fund manager Eric Lonergan has argued, a currency is like a social network or a language. People learn English because other people speak English. People use Facebook because their friends and family use Facebook. And if you’re doing business around the world, there’s a good chance you’re using dollars because that’s what other people are using.

Of course, nobody has to do any of these things. There are movements made up of people who proudly reject linguistic monoculture, who focus their efforts on preserving endangered languages rather than accepting the inevitability of English. There are those who don’t use Facebook (or any social media) and instead communicate and socialize in other ways. To make these choices means giving up some efficiency in favor of some other value.

This trade-off—giving up efficiency in exchange for something else—is precisely what people are talking about as they discuss what a post-Covid-19 society will look like. The failure of rich countries (notably the U.S.) to source basic equipment has increased calls for domestic manufacturing and placed a renewed focus on the resilience of supply chains instead of their optimization or efficiency.

We can begin to see how the dollar may slowly cede its dominant role. An inward turn by the U.S. in manufacturing goods would deprive export-oriented economies around the world of a supply of dollars. Those economies, having seen their access to dollars evaporate in the blink of an eye during the pandemic, will come out of this crisis with a new understanding that the U.S. won’t always be the consumer of last resort.

More countries may decide that participating in the existing, highly efficient, dollar-dependent global trade model isn’t worth the risk if those dollars can disappear in an instant. (And it’s not just manufacturing—tourist dollars will almost certainly be scarce for a long time.)

Ultimately, the fate of the dollar is unlikely to be binary. Thanks to its liquidity and universal recognition as a stable standard of value, its dominance won’t disappear overnight. And there’s nothing ready to take its place. Other major currencies, such as the euro, the yen, and the yuan, all have their own structural flaws. Some people hope that some neutral currency such as Bitcoin or gold will reemerge. But since nobody’s expenditures are denominated in these assets, it’s doubtful that people want to collect revenue in them.

And so the solution to Mark Carney’s dilemma may be a gradual receding of the dollar on the world stage. More countries may opt to fund themselves in their own currency, seeking stability from global volatility instead of optimizing for growth. Regional currency blocs may become more popular. In the end, if countries prioritize resiliency over scale and efficiency, all sorts of new options will emerge that depend less on the dollar.

Weisenthal co-hosts Bloomberg TV’s What’d You Miss? and is news director for the Americas at Bloomberg. This column doesn’t necessarily reflect the opinion of Bloomberg LP and its owners.

Read this next: The crisis reminds us that nothing beats dollars, writes Shawn Donnan