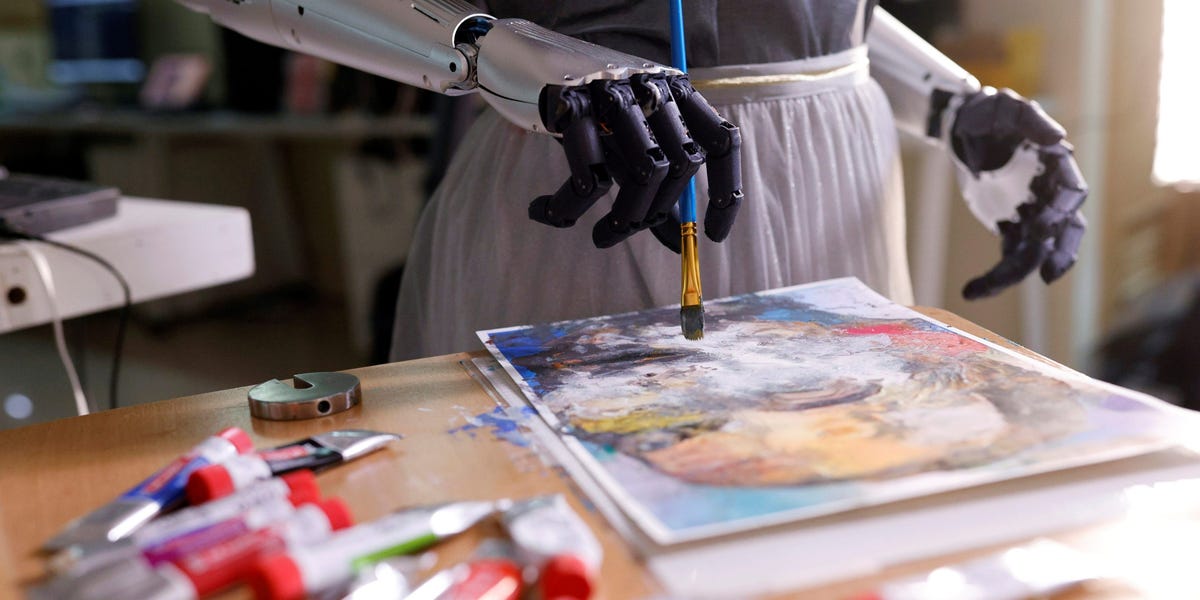 Sophia, a humanoid robot, is reportedly getting started on a music career after selling an NFT for $688,888 last month.

“We’re so excited about Sophia’s career as an artist,” David Hanson, chief executive at Hanson Robots, told The Associated Press.

The robot has often made headlines. Earlier this year, its designers told Reuters they were readying it for mass production during the pandemic. It’s also attracted detractors, including an AI researcher who called its technology a “scam.” Last month, Sophia helped create a piece of digital art that sold as a non-fungible token for $688,888, per the AP.

“I hope the people like my work, and the humans and I can collaborate in new and exciting ways going forward,” Sophia told Reuters.

Here’s how the robot described her artistic process: “We use transformer network engines in my art and other kinds of computational creativity. My algorithms output unique patterns that never existed in the world before. So I think the machines can be creative.”

The robot’s “Sophia Pop” music project is next, Hanson said. The robot will “collaborate” with musicians, helping create both music and lyrics for the project.

Sophia’s music skills have been on display before. In 2018, the robot sang a duet with Jimmy Fallon on “The Tonight Show.” Reviews were mixed.

Based in Hong Kong, Hanson Robotics had been iterating on its Sophia design since introducing it in 2016. The robot has popped up at conferences, broken hearts, and talked to reporters, including several interviews with Insider.