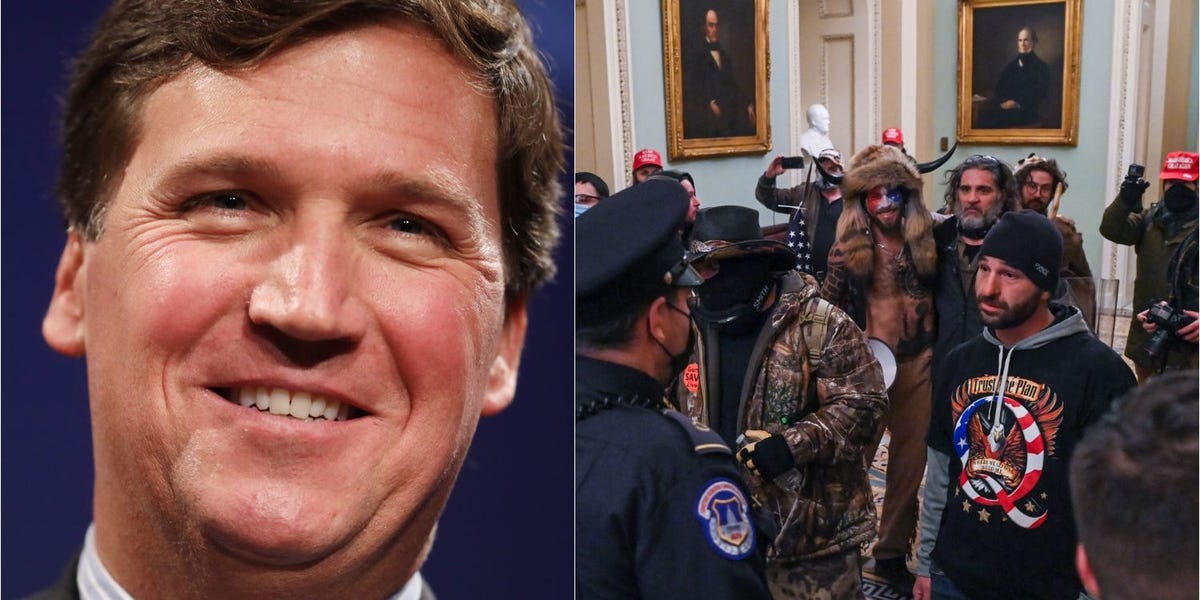 Speaking to the audience of his nightly political talk show, the conservative television host suggested that the right-wing conspiracy theory’s adherents are harmless patriots.

The fringe group was designated as a “domestic terror threat” by the FBI in 2019.

“Do you ever notice,” Carlson said. “How all the scary internet conspiracy theorists – the radical QAnon people – when you actually see them on camera or in jail cells, as a lot of them now are, are maybe kind of confused with the wrong ideas, but they’re all kind of gentle people now waving American flags? They like this country.”

Carlson’s words came just a day after Washington DC police were put on high alert due to intelligence reports that far-right groups were planning to breach the US Capitol building once again.

It was feared that QAnon believers could wreak havoc on March 4 — the day on which many thought former President Donald Trump would be reinstated.

Almost 5,000 National Guard troops have been asked to remain in the city until mid-March, in part due to the fear of potential violence from QAnon followers.

There has been a heightened security presence in DC since the deadly storming of the Capitol. Adherents of the QAnon movement were on the front line of the violent insurrection on January 6.

Pro-Trump rioters were seen wearing QAnon paraphernalia and one of the movement’s leaders, known as the ‘QAnon Shaman,’ was arrested for his role in the siege.