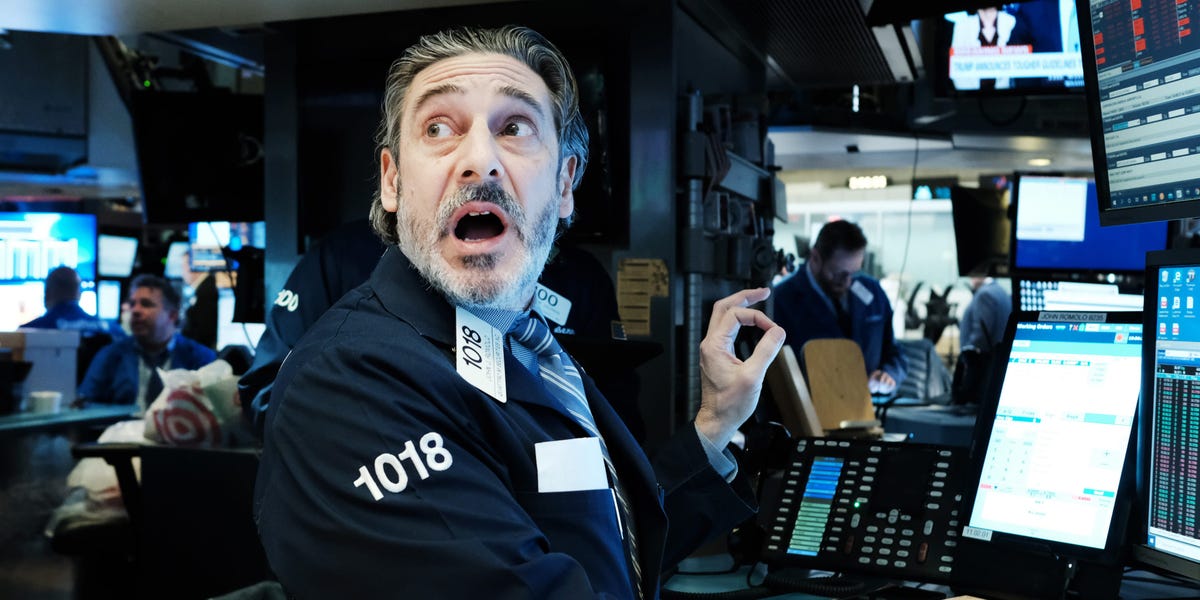 Did it feel like the market turned upside down last week?

Over the last few days, stocks went through one of their worst stretches since last March. A strong jobless claims report last Thursday extended the sudden rise in bond yields as investors wondered if the economy’s revival would lead to greater inflation, and to higher interest rates if the Federal Reserve ends its stimulus programs.

The spike in bond yields caused a sell-off in high-growth stocks, like tech, that have been at the forefront of the market for more than a decade. A big contingent of investors have said for years that a sustained increase in interest rates would be bad news for those types of stocks, which dominate major indexes.

But the most significant questions are where this is going, and whether it’s going to be a short blip or a long-term problem for stocks.

Credit Suisse analysts say the “problem level” for stocks is around 2%. That would mean stocks aren’t in the danger zone yet, but suddenly they’re not so far off.

“On the global strategy team we can see the 10 year potentially rising to 1.8-2%,” wrote a team of analysts including Andrew Garthwaite and Robert Griffiths.

That’s because of the gap between manufacturing growth and the amount of growth that’s priced into yields right now, the possibility that the economy will expand more than expected this year thanks to ongoing stimulus efforts, and the increase in US wealth and consumer savings over that time.

Yields tend to rise that way during periods of strong economic growth, which means consumer spending — good news for consumer-oriented companies as well.

But those are general guidelines. To help investors pick the best stocks for that environment, the Credit Suisse analysts screened the firm’s “Buy”-rated stocks to find the ones whose five-year performance correlates most closely with the performance of the 10-year US Treasury note.

Those stocks are ranked here from lowest to highest based on the strength of that correlation.