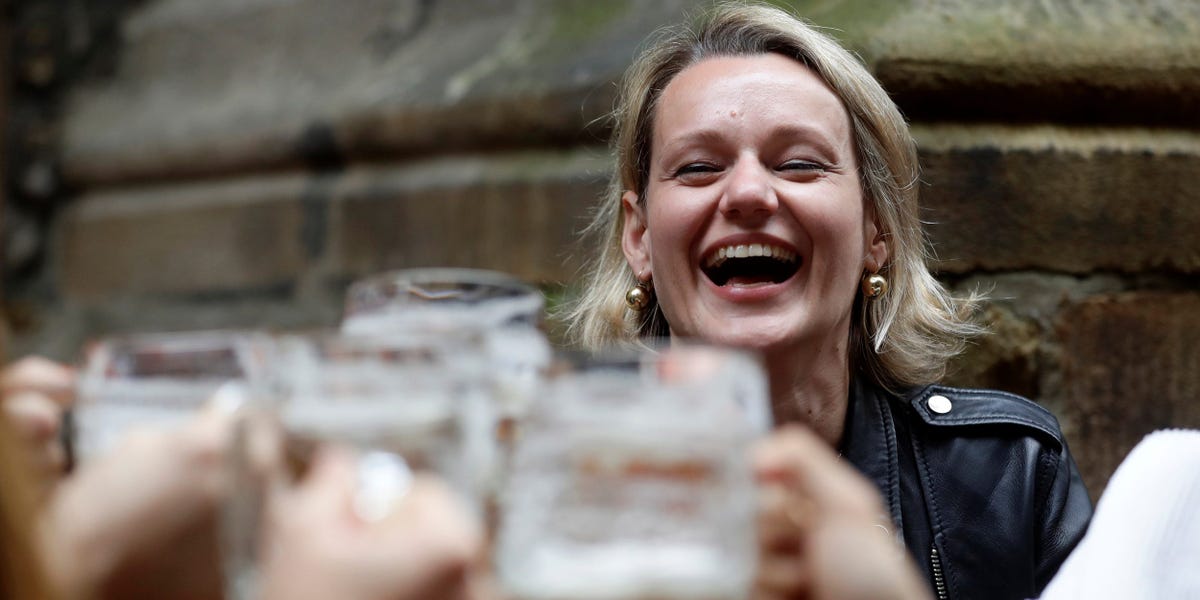 Vaccines are rolling out and picking up speed. There’s finally a light at the end of America’s long coronavirus tunnel as massive advances in public health provide reason to be optimistic about 2021.

But the world that reopens won’t be the same one that shut down nearly a year ago, and the good news could go beyond a return to “normalcy:” the American economy of the 2020s could be the best in decades, with real optimism about enough jobs being created to put 10 million-plus Americans back to work.

The pandemic has already transformed the personal and professional worlds in ways that will have long-lasting repercussions.

First, the Biden administration wants to “go big” on a $1.9 trillion stimulus that could supercharge the economy when the world comes out of lockdown (without overheating it), following more than $3 trillion of stimulus spending in 2020. Second, regulatory actions announced at the end of the Trump era have the potential to reshape the tech sector that dominated the first two decades of the 21st century and still dominates the stock market.

And finally, the world of work was changed to a largely remote one, with ripple effects for both worker productivity and across the housing market. With office workers doing their jobs from home, the era of the “superstar city,” where New York and San Francisco hoovered up the best jobs and talent, may have ended in 2020.

President Joe Biden promised in mid-February that big stimulus spending would bring the economy “roaring back” but all of these changes may add up to more than just a new “roaring twenties,” but a whole new economic era.

Because of prior stimulus, American consumers are sitting on approximately $1.6 trillion of pent-up spending after 11 months of solitary leisure activities, according to Commerce Dept. figures released on Friday.

In other words, the boom is coming. And based on the three drivers outlined below, the ensuing recovery could usher in a wholly unique era of American economic prosperity.

As momentum gathered for Democratic passage of Biden’s stimulus in February, Wall Street banks began to upgrade their projections for economic growth, factoring in expectations of a successful vaccine rollout.

A team of JPMorgan strategists led by John Normand wrote on February 12 that the economic expansion over the next year “will be much stronger than average” on account of pent-up demand, augmented incomes through stimulus, and support from the Federal Reserve including quantitative easing. US strategists at the bank believe the consumer’s recovery will be the dominant theme for 2021 with “blowout expectations for the rest of the year.” 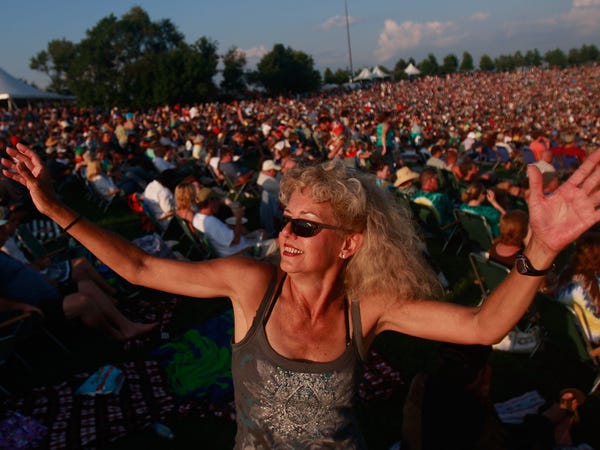 Bank of America strategists led by Candace Browning Platt wrote that the service sector is “like a coiled spring waiting to be let loose,” with a reopened economy not just meeting demand repressed by the pandemic but also boosting employment since some services sectors account for an outsized share of jobs.

BofA’s Michelle Meyer agreed, writing that it was time to “fasten your seatbelts” as evidence pours in to support the view of strong economic growth in 2021 — in fact, “the strongest in nearly four decades.” Rather than a coiled spring, she wrote of a “rubber-band” cycle, with a big decline leading to just as fast a snapback.

The recovery should avoid the sluggishness of the post-2008 decade, according to Meyer, because of healthy household savings and aggressive stimulus, two interrelated factors. Finally, BofA’s Ethan Harris wrote that while the 2010-2019 recovery was the slowest in history, the 2021 recovery may be among the fastest.

The Commerce Dept. data from January show consumer finances are strong, as the $900 billion stimulus passed in December boosted spending by 2.4% and personal household income by 10% — the second highest on record.

(2) A tech breakup could create (a lot) more jobs

The FAANG (Facebook, Apple, Amazon, Netflix, Google) stocks drove 40% of the stock market rebound in July 2020, per BofA Research, but what if they get broken up in the 2020s?

As the Trump administration drew to a close in 2020, the Dept. of Justice and Federal Trade Commission launched respective actions against Google and Facebook. The case against Facebook, in particular, seeks a true break-up including the forced separation of Instagram and WhatsApp. These cases wouldn’t reach the trial stage until well into the new decade, but they have the potential to transform the economy.

Scott Galloway, professor of marketing at NYU and well-known tech industry pundit, told Insider that Facebook, WhatsApp, and Instagram could be worth more if they were forced to break up into three separate companies — and this could translate into more jobs for workers, more opportunities for entrepreneurs, and more value for investors.

As independent companies, Instagram and WhatsApp could engage in aggressive hiring that they previously couldn’t do under Facebook, he said. What’s more, with Facebook and other monopolies weakened, investors would be more willing to allocate more funds to more companies that challenge these big tech players. 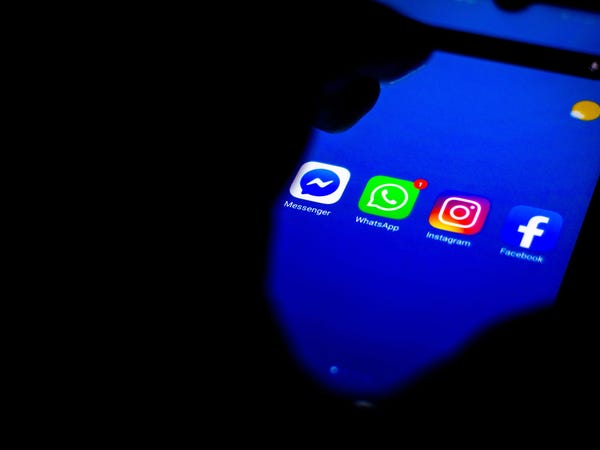 “Consider that two years after the federal government broke up Rockefeller’s Standard Oil into 34 separate firms, their combined value had doubled,” Galloway added. “The companies spun out of the breakup of AT&T in 1983 outperformed the S&P 500 for the next decade. We’ll see the same thing in big tech.”

A 2018 report by anti-monopoly think tank Open Markets Institute, called “America’s Concentration Crisis,” revealed just how many industries have come to be dominated by certain power players in recent years. Three companies hold 85% of social networking site market share — Facebook comprises 70% of that share alone. It’s a similar story for the search engine industry, where the two largest firms own 97% of the market share, with Alphabet leading the way at 91%.

Matt Stoller, director of American Economic Liberties Project and author of “Goliath,” a 100-year history of antitrust policy, also said that a tech break-up would benefit the economy.

“Facebook is suppressing the growth of new and vital sectors of the economy by refusing to allow anyone else to create innovations within the social networking space,” he told Insider. “It’s similar to IBM, which blocked the creation of a software industry until the antitrust case of the late 1960s forced the company to unbundle its hardware from its software.”

Around the 1990s, the “superstar effect” became a feature of the American economy. The concept explains the vast difference in earnings between a star and a superstar in the same field. Think: Michael Jordan, Bill Gates, and New York City.

But there’s another word for the dynamic when a superstar gobbles up most of the gains: monopoly. Stoller has argued for years that a shift in antitrust regulation since the 1970s has allowed for the rise of more monopolies across the economy, resulting in less competition and greater inequality. Starting in the 1970s, Stoller wrote for Vice in 2019, regional inequality widened as a result of airlines cutting routes to the rural, small, and medium-sized cities they no longer needed to serve in a more concentrated economy. 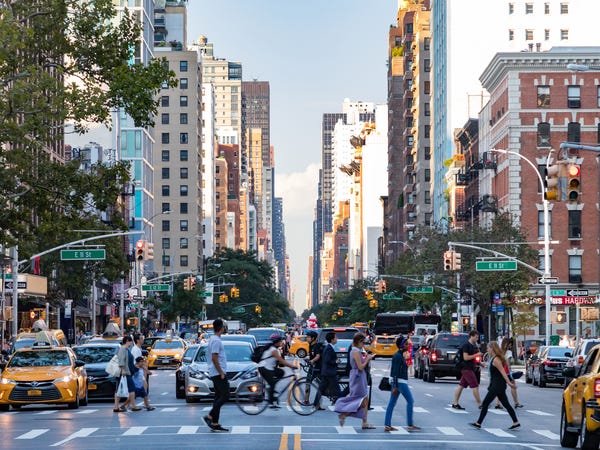 New York City, the country’s media and finance hub, had 10.1 million employees in its metropolitan area in November 2019, and Los Angeles, center of the entertainment industry, had 6.2 million employees. San Francisco, the heart of tech, has 2.5 million employees, although that doesn’t account for the millions more in the Bay Area’s other cities: Oakland and San Jose. These three superstar cities house more jobs than some entire states have alone: Consider Alabama’s 2 million employees in the same time period.

But when it comes to cities, the pandemic may have snapped that thread, freeing up remote work for white-collar employees on a massive scale. So what happens when the workers that were locked for decades into superstar cities — especially San Francisco and New York — are free to fan out around the country? The answer could well be a new era of more broadly shared prosperity and a correction to decades of increasing regional inequality.

The labor and real-estate markets both still have underlying inequities. Service workers still have to physically report to their jobs while remote workers don’t, and some of those who have fled expensive addresses have endured salary cuts. Meanwhile, the housing market got so expensive in 2020 that it’s discouraged many from the dream of homeownership for good.

Richard Florida, urban studies theorist and economics professor at the University of Toronto, told Insider that remote working will accelerate the movement of families out of superstar cities into suburbs and the 1% who are seeking lower taxes. Anywhere from 14 million to 23 million remote workers plan to move, mostly from big cities, an Upwork study found in October. 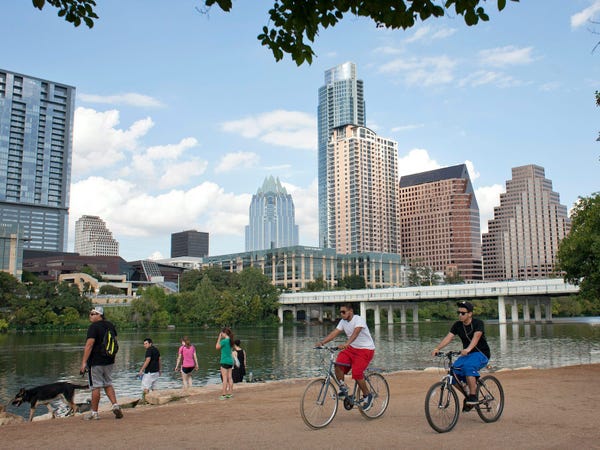 Florida doesn’t see bigger cities going away, though, predicting a resurgence as we inch closer to widespread vaccination, even if remote work is likely here to stay. He did predict that post-pandemic cities will be reshaped and revived by a newfound focus on interpersonal interaction that facilitates creativity and spontaneity.

“Even as offices decline, the community or the neighborhood or the city itself will take on more of the functions of an office,” he said. “People will gravitate to places where they can meet and interact with others outside of the home and outside of the office.”

Insider’s Josh Barro has already argued that 2021 should be great for the economy in general. Indeed, markets hit record highs at the turn of the year, seemingly pricing in a vaccine-led recovery. Just a few months later, it’s beginning to look like the biggest boomtime for the US economy in a generation. Some experts have even floated the idea of a new “Roaring ’20s,” with animal spirits unleashed after roughly 18 months of isolation, as pent-up capitalist energy explodes when lockdown finally lifts.

Instead of flappers and a jazz revolution, we’ll have digital nomads and zoom concerts, but one thing is certain: increased competition among cities and technology companies, if done right, has the potential to improve life for all Americans over the next decade.