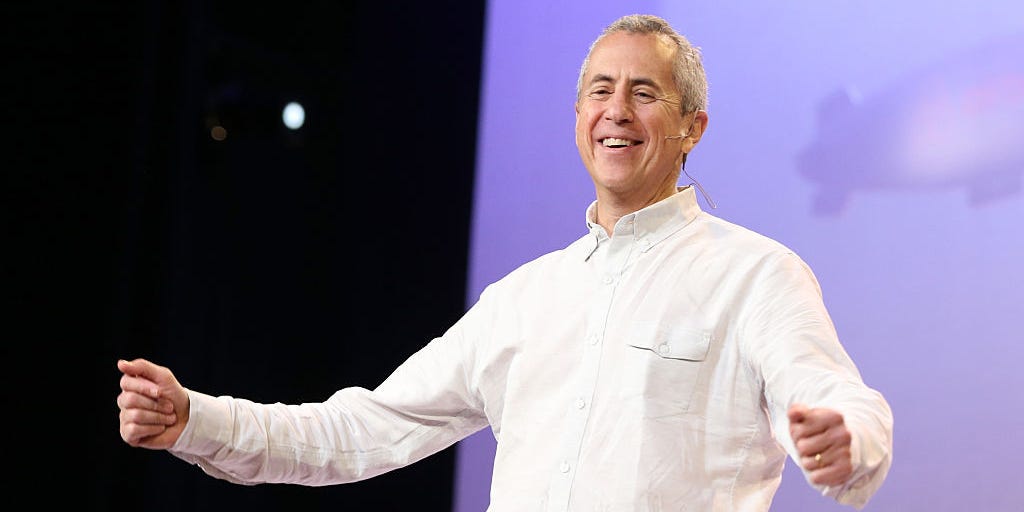 At the onset of the pandemic, restaurants were shutting down operations to curb the spread of COVID-19  –  a crisis that would end up crippling the economy for months.

Hundreds of restaurants never reopened and new unit growth came to a grinding halt. In this environment, most investors would back away from investing in the industry, but not Ophir Sternberg.  With every crisis comes opportunity, and Sternberg is among several entrepreneurs and hospitality titans joining the SPAC craze to quickly take emerging restaurant brands public through shell companies.

“This is an industry that is going through this major shake-up and transition and there will be some real winners that will come out of it. That’s why we intend to capitalize on it,” Sternberg, a real estate entrepreneur, told Insider in a recent interview.

Sternberg joined a special purpose acquisition company, OPES Acquisition Corp., in March with the intent of finding a chain he could take public and grow. Over the summer when COVID-19 cases were surging, OPES bought emerging Florida-based burger brand BurgerFi in a deal valued at $100 million.

“It was a pretty crazy time to buy a restaurant brand, but over the years, in my investment career, some of the most successful deals I’ve done have been contrarian moves,” Sternberg said.

Sternberg is not alone in his contrarian business strategy. 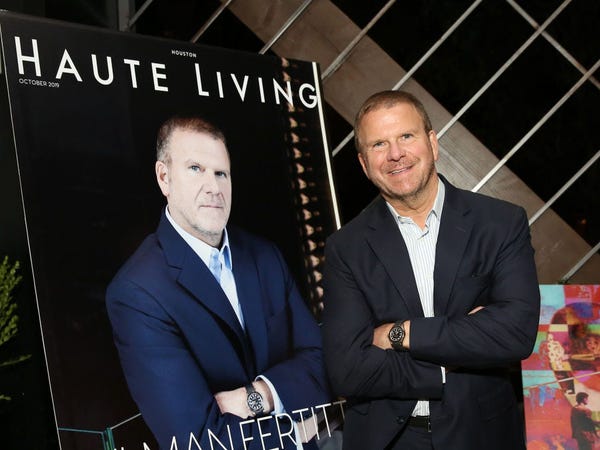 “With the COVID disruptions throughout the United States, there’s going to be unbelievable restaurant and gaming opportunities, either through M&A, redevelopment, and rebranding,” Fertitta told potential investors last week when he announced his intention to take his hospitality company public through a merger with the SPAC, FAST Acquisition Corp. “I’ve always grown my company and buy when others are weak.”

Analyst Mark Kalinowski told Insider the dizzying number of restaurant SPACs is an indicator that “acquisition activity” in the restaurant industry will remain high throughout 2021.

A SPAC, or a special purpose acquisition company, allows a business to go public quickly and is typically less expensive than a traditional IPO because there’s less paperwork, said Kalinowski, of Kalinowski Equity Research.

In 2020, SPACs raised a record $80 billion in proceeds, according to a 2021 report by Baird. In late January, Goldman Sachs said SPAC IPOs accounted for more than 50% of US IPOs last year.

The frenzy to create shell companies to go public has spilled over into 2021. In the first three weeks of the year, 56 US SPACs have been brought to market, according to Goldman Sachs.

“Given low-interest rates and strong investor interest in higher-growth businesses, we expect more investor capital to flow to SPACs, which have become increasingly mainstream and institutionalized, with participation by well-recognized sponsors and high-profile individual,” Baird said in its 2021 report.

In the restaurant industry, there’s no one more high profile than Meyer, founder and CEO of Union Square Hospitality Group, and Fertitta, the owner of a string of casual and fine dining restaurants and casinos such as Golden Nugget Hotel and Casino, Bubba Gump Shrimp Co. and Morton’s The Steakhouse.

On Friday, Meyer filed to raise $250 million for USHG Acquisition Corp., a SPAC.

The shell company intends to merge with one or more “culture-driven” businesses in the following sectors: technology, e-commerce, food and beverage, health and retail and consumer goods, according to a regulatory filing.

“We are passionate about combining with a purpose-driven business that is scalable and built for the long-term. We will invest in a market leader whose greatest moat is its talent and heart,”  Meyer, who will serve as the chairman on the SPAC, wrote in the filing.

While Meyer is looking to build on his hospitality first-driven empire, Fertitta said he’s going after opportunities created in an economic crisis especially in the casino business.

“There were some huge deals out there that happened in the gaming industry in the last 18 to 24 months that we didn’t think that we could capitalize on without being a public company,” he said. “We’re tired of missing out on major opportunities.”

As such, Fertitta said his hospitality company, Fertitta Entertainment, will become more of a gaming company.

“It’s the old big box theory. Why open up 50 restaurants that do a million dollars each instead of a casino that does 50 million,” he said.

Still, he said his company will “continue to do restaurants.” 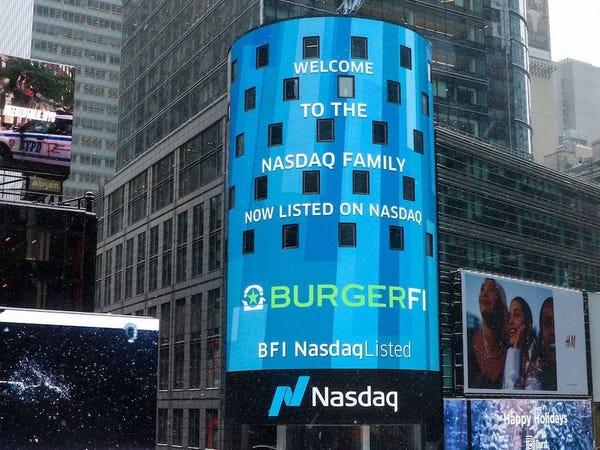 BurgerFi’s Sternberg is taking the same opportunistic approach  – something he learned during the Great Recession when he gobbled up a lot of “great” New York real estate.

He said the pandemic has shed a light on strong and weak restaurant brands. He became chairman and CEO of OPES Acquisition Corp. last year to find a high-quality restaurant chain he can grow.

BurgerFi, which is  a 125-unit fast-casual chain, fit the bill.

Besides serving a quality Angus beef burger, Sternberg said BurgerFi had a strong digital business. The chain is also growing revenue through a ghost kitchen partnership with REEF Technology, and adding more drive-thrus, which became a vital ordering channel during the pandemic.

Sternberg expects to add 30 to 35 more BurgerFi locations in 2021, while also looking to grow the BurgerFi portfolio with another premium fast-casual brand.

“That’s the space we are looking to stay in,” he said.

Some SPACs are taking a broader look at the industry including Tastemaker Acquisition Corp., which formed in January.

Led by the former CEO of smoothie chain Jamba, Tastemaker is looking at the entire restaurant “ecosystem” including food tech, restaurants, and equipment companies, co-CEO Dave Pace told Insider in a recent interview.

“We’re looking at well run growth companies. We’re not looking for broken companies that we can buy on the cheap and fix and then take public,” said Pace, who led Jamba when it was acquired in 2018 by Roark Capital Group’s Focus Brands.

Unlike other restaurant SPACs, Pace said Tastemaker is also scouting companies that service restaurant chains, but might “fly under the radar.”

“Companies that don’t have big brands but they have big businesses supporting restaurants,” Pace said.

He said the recent surge in restaurant-focused SPACs confirms the vast number of opportunities in the industry to take well-managed companies public.

Bite Acquisition Corp., which filed in late January to go public and raise $150 million, is looking to combine with brands that have “robust development potential in national and international markets,” according to a regulatory filing.

“We intend to combine with a business that currently has moved, or is easily adaptable, to new approaches to customer communications and ordering, understands the dynamics of serving customers at its restaurants and at home, and has adopted new guest-facing and control/systems technologies,” according to the S-1 filing.

Kalinowski said these SPACs are ultimately looking at a few options. Buy and grow an emerging brand, or buy something of value “on the cheap.”