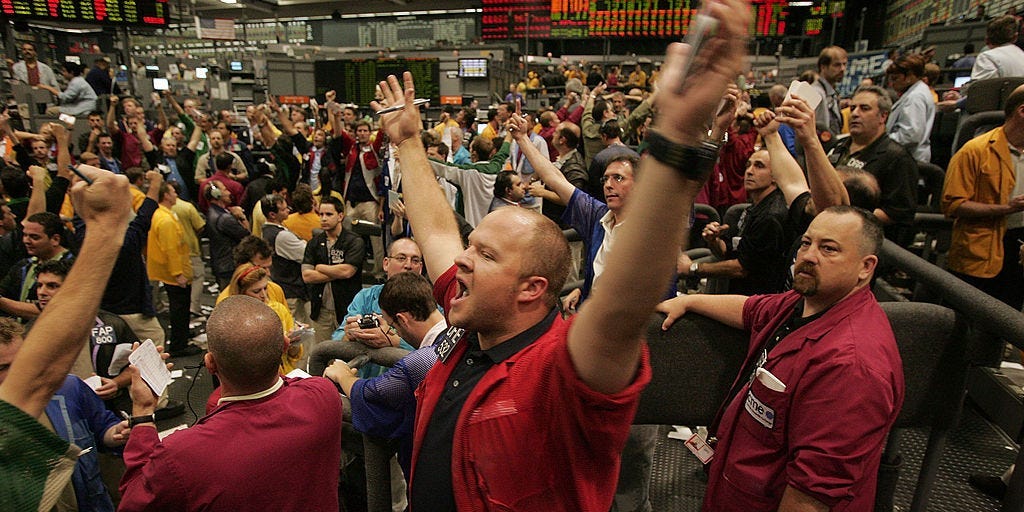 At the start of the year, JPMorgan equity analysts advised investors there would still be upside opportunities in the market, despite what could be a “rocky” first quarter with COVID-19.

What transpired was a very strong two-month rally that built on the soaring gains in the small- and mid-cap market over the previous year. The Russell 2000 index has gained nearly 16% so far in 2020, compared with a 4.5% gain in the S&P 500.

Despite the already impressive gains, equity research analyst Eduardo Lecubarri and his team said they were still bullish on small-to-mid cap stocks, which they define as having a value of between $100 million and $5 billion, in a February 4 research note.

“We stick to our view that 2021 will be a stockpicker’s paradise with big money-making opportunities if you are willing to go against the grain,” Lecubarri said.

Read more: It could take just 2 catalysts for pockets of speculation to snowball into a widespread bubble, one global strategist says. He recommends 3 ways to capitalize on this frothy environment.

The strategy framework is an objective view on the state of smid-cap stocks. It analyzes a range of components from the macro, to fundamentals and valuation, to sentiment and technical analysis.

The framework suggested a recovery that should result in margin expansion pushing smid-cap earning growth into double digits, Lecubarri said.

“One of the reasons we remain constructive about SMid is that, while consensus expectations for 2021 may prove optimistic, 2021’s YoY expansion in margins should drive double-digit earnings growth, as economic activity recovers, commodity prices remain subdued, and wage inflation slows for a while,” Lecubarri said.

This is one of the main reasons the analysts are bullish on smid-caps, even though there could be pullbacks in the rest of the first quarter.

SMid-cap stocks are a “stockpicker’s paradise” because some are overvalued, while others show over 50% recovery upside, Lecubarri said.

In the note, Lecubarri broke down the firm’s views on positioning in smid-cap market. Overall the firm is overweight small-and-mid cap stocks compared to large-cap stocks.

JPMorgan is overweight in smid-caps in the UK, Ireland, Finland, Denmark, Germany, Austria, Switzerland and the Netherlands.

“We remain OW the UK, but you have to pick your battles. What we mean is that, while the broad UK SMid market may not be as clear a ‘BUY’, given the degree of uncertainty brought about by Brexit, we do see plenty of opportunity at the stock level within an overall picture that is not all bad,” Lecubarri said,

The bank is neutral, meanwhile, on US smid-caps.

“The region benefits from its more organized and faster vaccination plan, which should yield a more speedy economic recovery; but it suffers from a) the most leveraged corp balance sheets, b) lower FCF, and c) less recovery upside as it has suffered far less than Europe from COVID-19 on EPS, or GDP;” Lecubarri said.

Investors should focus on valuation and run away from pricey multiples, Lecubarri said. And when looking at sectors think about recovery and valuation. Look for firms with solid balance sheets and that are not structurally damaged.

“This takes us out of Energy, Financials, and Real Estate where we see structural headwinds, and out of Healthcare, Tech where valuations seem too demanding,”  Lecubarri said. “And so it leaves us OW Industrials, Materials, and Consumer (discretionary and staples… but preferring the former) in Continental Europe, while in the UK we are OW Materials, Industrials, Cons. Discretionary, Food, Beverages & Tobacco, and Utilities (the latter due solely to its valuation discount).”

Based on this outlook, the analysts provide a list of high-conviction ideas in the small-and-mid cap area. They also use this list to run a hypothetical long/short portfolio.

The ideas are broken down between investment opportunities and stocks to avoid.

The approach is a mixture of bottom-up and top-down analysis of over 17,000 smid-cap stocks globally. This means that not all the stocks listed as investment opportunities, or stocks to avoid, will be covered by JP Morgan equity analysts.

Read more: UBS says buy these 20 discounted small-cap and mid-cap stocks expected to take off in 2021 — including one that could rally 60%

Lecubarri and team recommend investors look at the list as stock ideas, rather than a source of recommendations.

The team uses four fundamental thematic screens to help find the ideas with the smid-cap universe that align with their strategy framework views.

We list the 22 investment opportunities in the smid-cap space highlighted by JP Morgan:

Analyst comment: “Down big despite resilient business, trading at a discount to broader mkt, with M&A potential due to unlevered BS (recent acquisition backs this). Parts of the business in structural decline but a slow one.”

Analyst comment: “Recovery play. Has underperformed despite business not structurally damaged. BS less leveraged than in the past. Valuations near trough and below mkt.”

Analyst comment: “Down big from ’19 high, solid BS, a FCF yield ~7%, and clearly exposed to a recovery in global activity levels.”

Analyst comment: “A stock that is down big from highs, trading at a big discount to hist avg multiples, despite its solid balance sheet and the fact that it is structurally benefiting from COVID-19”

Analyst comment: “Recovery play with demand for paper moving higher YoY along with pricing. Pulp prices near troughs after 18 mths of down. Down big since 2019, despite solid BS and steady FCF generation.”

Analyst comment: “Down big despite resilient business with solid operating momentum. Self help due to restructuring plan. FCF yld to move into double digits as capex drops to 6% of revenues. “

Analyst comment: “3.6 Bill order book = huge visibility + Decent FCF yld + recovery play after having corrected so much in 2019 for no reason. JV in UK show momentum and visibility. Solid BS. “

Analyst comment: “Down big from highs, with a solid balance sheet and strong FCF generation. Among cheapest in the industry. Cement exposure hated and discounted but minging exposure should recover. “