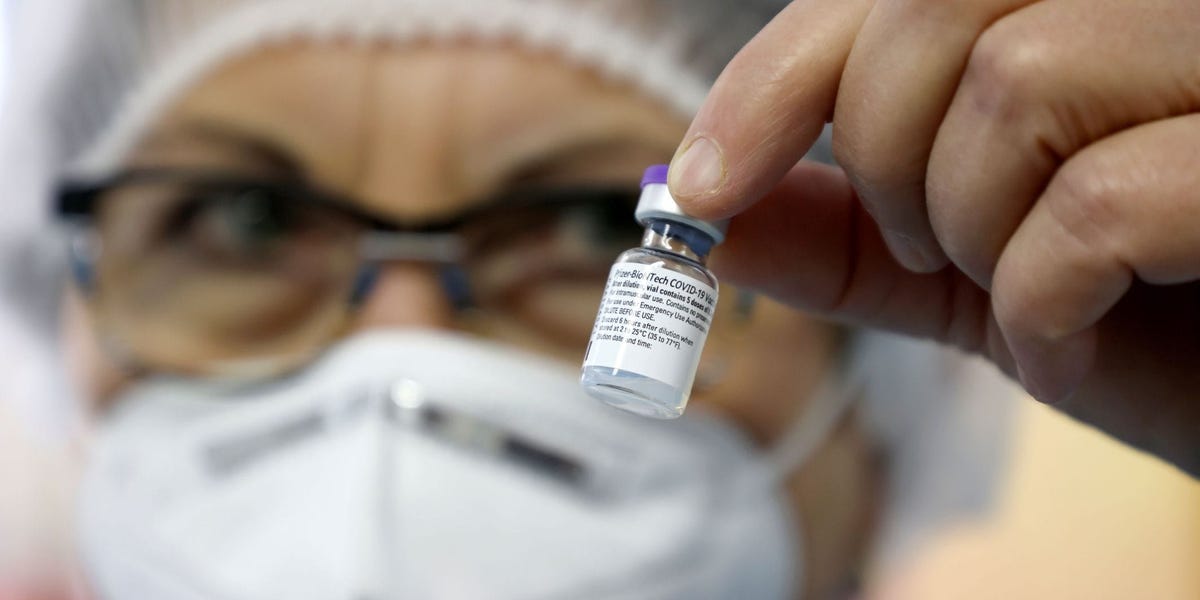 The EU has threatened to limit exports of coronavirus vaccines to other countries after British-based drugs firm AstraZeneca said EU countries will receive millions fewer jabs than they had ordered.

EU officials issued the warning after AstraZeneca, which manufactures COVID-19 jabs in the UK, last week informed Brussels that it would be delivering "considerably" fewer jabs in the coming weeks than the bloc has ordered due to production problems.

In response, the EU's health commissioner Stella Kyriakides indicated that Brussels would consider placing export limits on coronavirus vaccines which are manufactured within the EU.

That includes the Pfizer vaccine, which is manufactured in Belgium and which has been crucial in the UK's vaccination efforts.

"Vaccine developers have societal and contractual responsibilities they need to uphold," Kyriakides tweeted on Monday following meetings with AstraZeneca officials.

She added: "We want clarity on transactions and full transparency concerning the export of vaccines from the EU.

"In the future, all companies producing vaccines against Covid-19 in the EU will have to provide early notification whenever they want to export vaccines to third countries."

In response the UK's vaccines minister Nadhim Zahawi said that while supplies of the vaccine are "tight," he was confident the UK would receive enough doses to meet its target of vaccinating 15 million people by mid-February.

"I'm confident we will meet our mid-February target and continue beyond that," he told the BBC on Tuesday.

The row comes amid growing concerns in the EU about vaccine supply.  The European Medicines Agency first approved the Moderna vaccine for use in member states a month ago and has since approved the Pfizer vaccine, but the bloc's vaccination rate has fallen well behind that of countries including the United Kingdom.

AstraZeneca's warning that it would not be able to fulfill the EU's whole order comes after Pfizer also announced a temporary slowdown in vaccine supply to the EU earlier in January.

"I can understand that there are production problems but then it must affect everyone in the same way," told broadcaster ZDF, according to Reuters.

"This is not about Europe first but about Europe's fair share," he said, before saying that export limits should be placed on vaccines, per Reuters.

Both AstraZeneca and the German health ministry also denied reports in the German media that AstraZeneca's vaccine was ineffective on people over 65.

The German health ministry said that the reports appeared to be based on a misreading of data. Germany's health minister Jens Spahn said he expected the EU's vaccine to be approved on Friday.

Our Brexit Insider Facebook group is the best place for up-to-date news and analysis about Britain’s departure from the EU, direct from Business Insider’s political reporters. Join here.