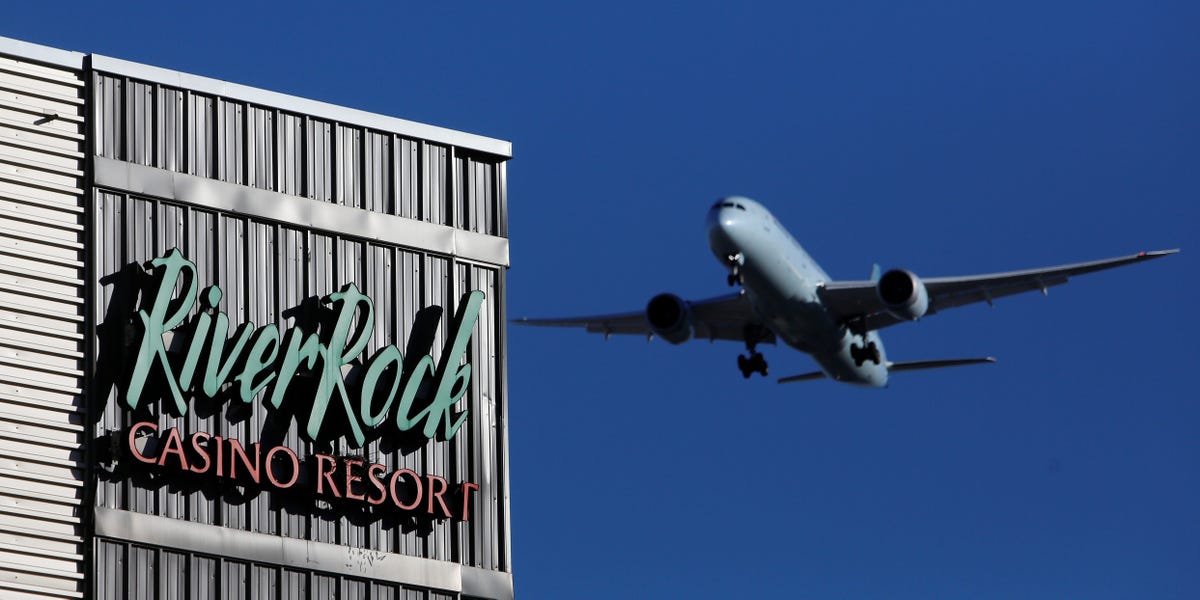 The chief executive of a Canadian casino company has resigned after he was caught violating the country's lockdown measures to get a COVID-19 vaccine.

Rod Baker, CEO of the the Great Canadian Gaming Corp., and his wife, actress Ekaterina Baker, traveled from Vancouver to Whitehorse, Yukon on January 19. Two days later, the couple broke the territory's 14-day quarantine rule by flying by private plane to Beaver Creek, where they pretended to be new hires at a local motel so they could get the vaccine, the Globe and Mail reported, citing court documents.

They were only caught by authorities after they asked to be taken straight to the airport after getting the jab. They were charged with misleading authorities about the vaccine, as well as violating Yukon's Civil Emergency Measures Act, a spokesman for the territory's cabinet office told Bloomberg. They were both charged with breaking emergency coronavirus rules and fined 2,300 Canadian dollars ($1,809), CBC reported.

Baker resigned on Sunday and the Great Canadian Gaming Corp announced his resignation the next day but didn't mention the charges or give any reason for his departure.

Baker had been CEO of the company, which is valued at nearly $2 billion, for a decade. The company, which operates 22 casinos across four Canadian provinces, is also in the midst of a $2 billion deal to be bought by the hedge fund Apollo Global Management.

Read more: The MyPillow guy says God helped him beat a crack addiction to build a multimillion-dollar empire. Now his religious devotion to Trump threatens to bring it all crashing down.

As of Monday afternoon, Yukon had administered 3,952 COVID-19 vaccines doses. The territory has no active cases of the virus, and has only recorded one death over the course of the pandemic. British Colombia, where the couple lives, has 4,392 active cases.

Baker isn't the first CEO to come under fire during the pandemic. In October, a report by Semler Brossy Consulting Group found that big businesses have been protecting their executives' pay during the pandemic by rewriting bonus plans and changing performance targets, including writing off worst-performing months.

But not all business leaders have taken this approach. Some temporarily forfeited their paychecks amid the pandemic, including the cofounders of Lyft, executives at Airbnb, and the CEO of Marriott. Disney's Executive Chairman Bob Iger gave up his salary for 2020, while the top five Comcast executives donated theirs to charity.

And executives at Pfizer, the US drugmaker who developed the first coronavirus vaccine used in the west, have said they'll wait their turn to get a shot.

If you have a story about the coronavirus pandemic you’d like to share, email us at covidtips@businessinsider.com.