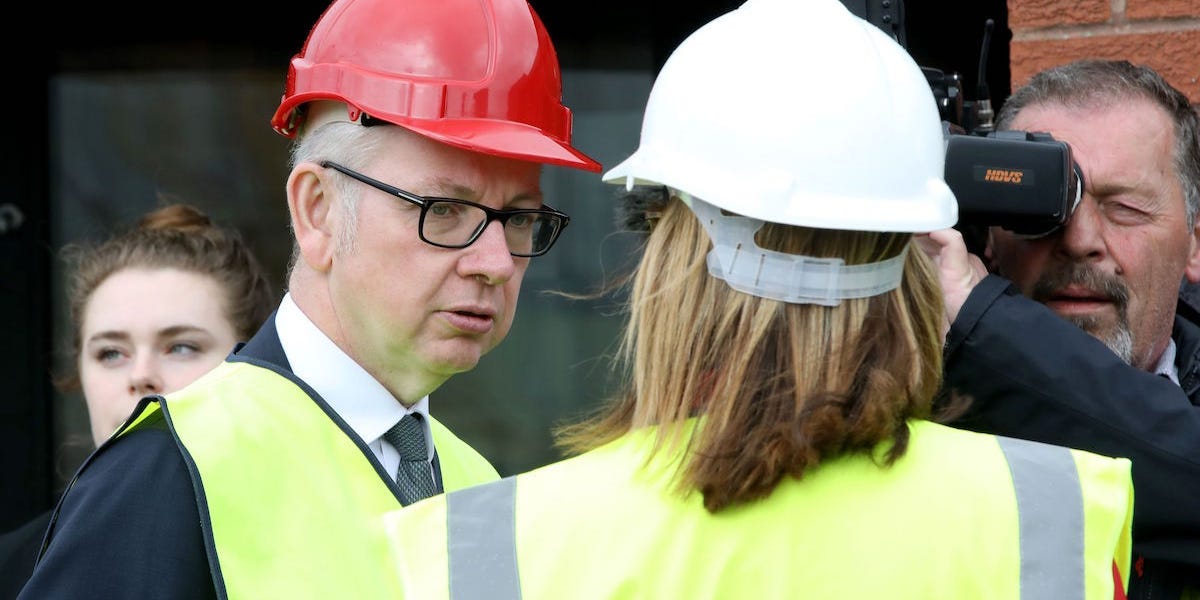 Less than 20% of businesses in Northern Ireland feel ready for the end of the Brexit transition period in less than four weeks' time, according to a stark new survey, as Boris Johnson's UK government comes under growing pressure to postpone the introduction of a host of new checks on trade across the Irish Sea.

Fewer than one in five businesses in Northern Ireland across a range of sectors including retail, food & drink, and manufacturing feel prepared for new Brexit arrangements to take effect on January 1, according to the findings of a mass survey by the Northern Ireland Business Brexit Working Group (NIBBWG), published on Saturday.

The 250-plus businesses that took part in the survey said that a lack of information from the UK government on how Northern Ireland's trade with the rest of the UK would work from next year was the main reason they wouldn't be ready on time. They also cited the impact of the coronavirus pandemic on their ability to prepare for Brexit.

The figures are the latest to paint an alarming picture of business readiness ahead of the January 1 cliff edge. In less than four weeks the Brexit transition period will end and the protocol for Northern Ireland will come into effect.

Under the terms of the protocol, Great Britain will break away from European Union trading rules, while Northern Ireland will continue to follow them in order to avoid a hard border with the Republic of Ireland. It will result in an array of new checks and procedures for trade across the Irish Sea from Great Britain to Northern Ireland. These include customs declarations, strict health & safety requirements for food and animal goods, and new product labels.

However, with just weeks to go until the New Year's Eve cliff edge, businesses in Northern Ireland are still waiting for key details on how these major changes will work in practice. Industry leaders in the province last month urged the EU and UK to postpone the implementation of the protocol, warning that businesses won't be ready on time.

A NIBBWG spokesperson on Saturday called on the UK government and EU to agree an implementation period for Northern Irish businesses, to "ensure that trade can continue without disruption in the short-term."

Business leaders like those on the NIBBWG have for months warned Johnson's government that major retailers and supermarkets would stop serving Northern Ireland if they didn't get clarity over how Brexit would impact trade across the Irish Sea.

The UK Food and Drink Federation on Thursday released new survey findings showing that 40% of UK food & drink businesses plan to either reduce supplies to the province or stop them altogether, due to a lack of clarity over how getting goods there from Great Britain will work.

Business Insider reported in the summer that major companies were considering pulling out of Northern Ireland due to the cost and uncertainty of Brexit, including one well-known supermarket. Dominic Goudie, the Food and Drink Federation's head of international trade, said some of the businesses that responded to the survey "would be familiar to shoppers."

Also on Thursday, the Northern Ireland Meat Exporters Association's Connall Donnelly wrote to Michael Gove, the Chancellor of the Duchy of Lancaster, warning that "as a result of a lack of timely clarity from a government on a whole range of issues and irrespective of the outcome of FTA negotiations, the NI meat industry cannot be ready" for January 1.

In his letter, Donnelly called on the UK government to agree with the EU as 12-month phasing in of the Northern Ireland protocol, citing a "number of fundamental issues that remain unresolved or where the existing (proposed) guidance is unworkable." Northern Ireland's meat industry needs more time to adapt to the government IT systems being developed, Donnelly said, and is waiting for financial support to deal with costly new paperwork for animal goods, known as Export Health Certificates.

Most details regarding how the Northern Ireland protocol will work are being thrashed out by UK and EU officials in Joint Committee talks. Gove, the chief UK official in the Joint Committee negotiations, recently said he hoped that the committee would be able to "provide a degree of certainty" in early December.

Prime Minister Johnson's government is expected to make an announcement on the Northern Ireland protocol early next week, amid speculation that the UK and EU might agree to delay its implementation to give affected businesses more time to prepare. Multiple business leaders on Friday told Business Insider they were expecting an announcement no later than Tuesday.

Asked on Friday about a potential announcement next week, Prime Minister Johnson's spokesperson said: "The Joint Committee process is ongoing and we will update in due course."

Our Brexit Insider Facebook group is the best place for up-to-date news and analysis about Britain’s departure from the EU, direct from Business Insider’s political reporters. Join here.