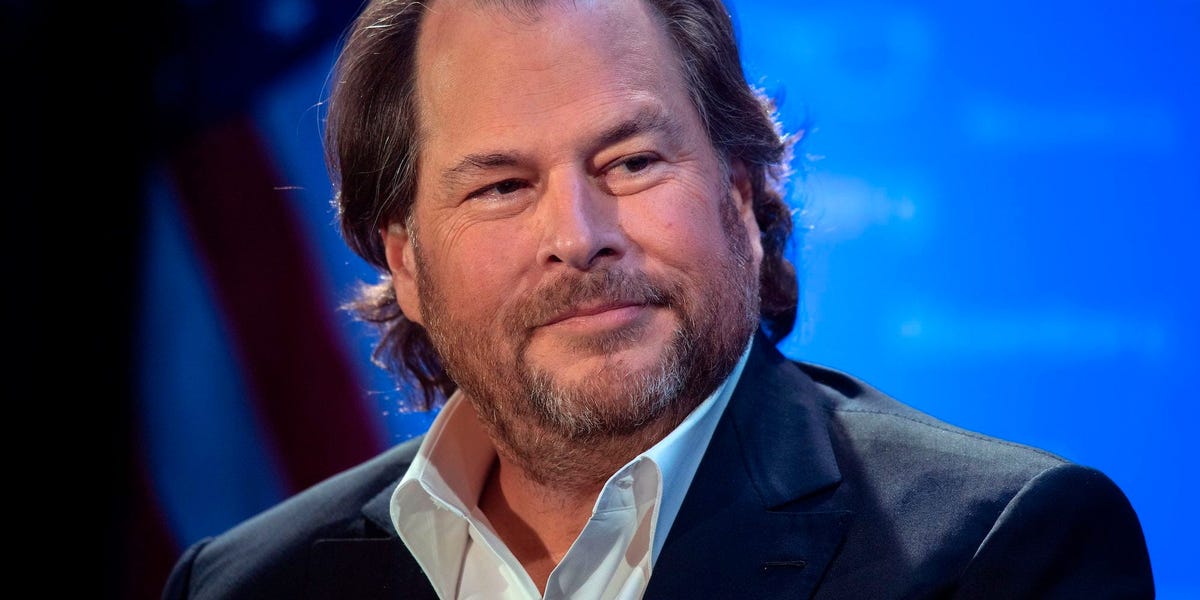 Salesforce and Microsoft have a long rivalry — and it's stronger than ever if CEO Marc Benioff's most recent comments are any indication.

When the New York Times recently asked Benioff about his history with the Washington-based firm, the Salesforce CEO quipped, "What's that company? How do you spell it?"

The interview followed the news of Salesforce's monster $27.7 billion acquisition of workplace messaging app Slack, a deal that turned the cloud giant into an even bigger competitor to Microsoft.

Salesforce's acquisition of Slack sets the cloud giant up perfectly to further compete with Microsoft, whose Teams service is included in its Microsoft Office suite. The chat app has gone directly head-to-head with Slack in the workplace messaging arena, which has seen a burgeoning business during the pandemic amid a widespread shift to virtual work. However, Slack has seen relatively flat growth rates this year.

Slack will add a well-oiled workplace chat app to Salesforce's repertoire. And as Business Insider's Paayal Zaveri reported, Slack and Salesforce's deal also unites the two in their mutual animosity for Microsoft.

CEO Stewart Butterfield has called Microsoft an "unsportsmanlike competitor," and Slack filed an antitrust complaint against the company in the EU in July, alleging that its practice of including Teams into its Office suite is anti-competitive. Butterfield will remain CEO of Slack, which will become an operating unit of Salesforce.

Salesforce's $27 billion acquisition of Slack marks the cloud giant's largest deal in its history as well as one of the largest acquisitions in the software industry. For comparison, Microsoft shelled out $27 billion for LinkedIn in 2016.