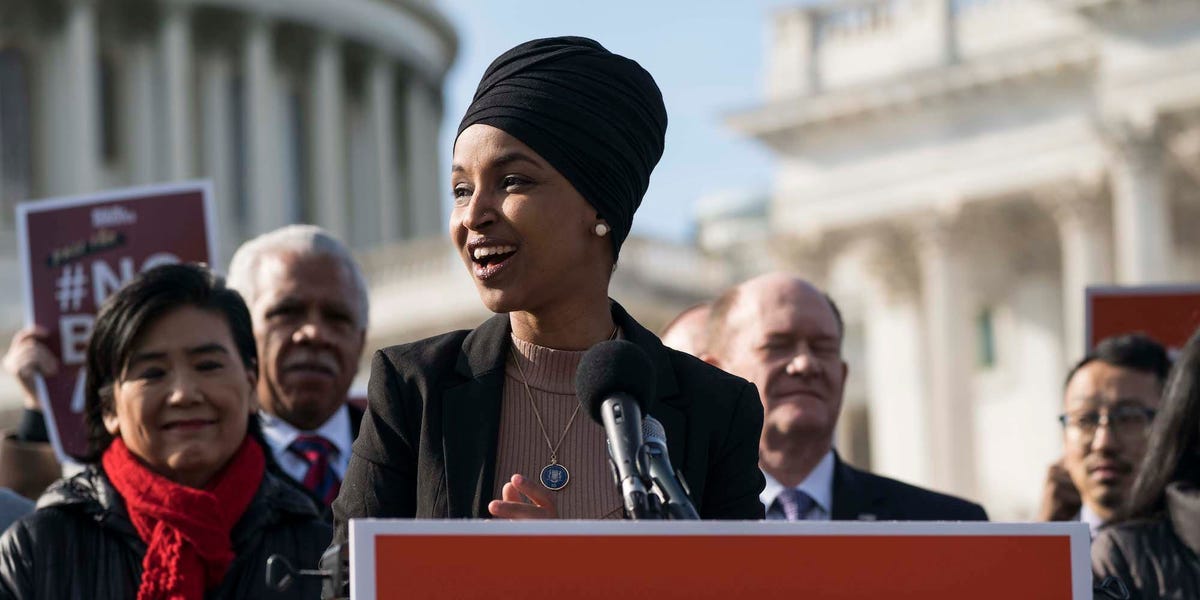 "Mr. Bezos, We, elected representatives, legislators, and public officials from around the world, hereby put you on notice that Amazon's days of impunity are over," the lawmakers wrote.

The letter accuses Amazon of underpaying and intimidating its workers, contributing to climate change, and paying unfairly low taxes.

This follows co-ordinated protests on Black Friday, November 27, against the e-commerce giant. Under the slogan "Make Amazon Pay" employees, trade unionists, and activist groups protested the tech giant, demanding that it pay workers higher wages, put an end to employee and union surveillance, and commit to more meaningful sustainability efforts.

The 400 signatories include lawmakers from 35 countries. US Democratic Representatives Ilhan Omar, Rashida Tlaib, Ro Khanna, and Jamaal Bowman added their names to the list.

In response to the Black Friday protests, Amazon said in a statement: "Amazon has a strong track record of supporting our employees, our customers, and our communities, including providing safe working conditions, competitive wages and great benefits, leading on climate change with the Climate Pledge commitment to be net zero carbon by 2040, and paying billions pounds in taxes globally." Amazon has also denied spying on its workers.

Business Insider has approached Amazon for comment on the open letter.

"Today, we pledge to stand with this movement in every congress, parliament, and statehouse where we work," the lawmakers wrote.

They accused the e-commerce giant of circumventing its responsibilities.

"The world knows that Amazon can afford to pay its workers, its environmental cost and its taxes. And yet – time and again – you have dodged and dismissed your debts to workers, societies, and the planet," they said.

"While your personal wealth has risen by around US $13 million per hour in 2020, [Amazon] workers enter dangerous working conditions, enjoy little or no increase in their pay, and face retaliation for their efforts to defend themselves and organize their colleagues," they wrote.

Read more: Here's the internal map of the 95 most powerful executives under cloud boss Andy Jassy

Amazon raised its frontline workers' pay by $2 per hour as hazard pay in March, which it then cancelled at the end of May. Last week, the company announced it would grant holiday bonuses of $300 to full-time and $150 to part-time workers — although the company confirmed to Business Insider the bonuses will be taxed.

The letter also accused Amazon of failing to address its contribution to climate change.

Amazon's announced its climate pledge in 2019 to commit to net zero-carbon emissions across its business by 2040 and Jeff Bezos has set up a private $10 billion "Earth Fund." But both internal and external activist groups have challenged Amazon, saying if it's serious about climate change it needs to bring forward its net-zero deadline to 2030 and sever its contracts with the fossil fuels industry.

Finally, the lawmakers accused Amazon of paying low tax rates. In 2019 Amazon paid $162 million in federal corporation tax (1.2% of the pre-tax income it reported that year) after two years of paying none at all, due to various deductions and tax credits.

In Europe the question of Amazon's taxes, like those of other US tech giants, has become hotly debated as they are able to base themselves in nations with favorable tax schemes. It was served last month with a notice from France's Finance Ministry instructing it to pay a new 3% digital services tax on revenue generated in the country.

"Amazon pays all the taxes required in every country where we operate," an Amazon spokesman told The Guardian in April. "Corporate tax is based on profits, not revenues, and our profits have remained low given our heavy investments and the fact that retail is a highly competitive, low-margin business," they added.

You can read the lawmakers' full letter here:

We, elected representatives, legislators, and public officials from around the world, hereby put you on notice that Amazon's days of impunity are over.

Last Friday, 27 November, workers, activists, and citizens around the world joined forces to demand justice from Amazon. Today, we pledge to stand with this movement in every congress, parliament, and statehouse where we work. In short, we write to you now with a single commitment: to Make Amazon Pay.

The world knows that Amazon can afford to pay its workers, its environmental cost and its taxes. And yet – time and again – you have dodged and dismissed your debts to workers, societies, and the planet. Your great wealth is based on the skills of your workers and the care they receive from their friends, family and communities.

These are the very people who risked their health and that of their loved ones to supply goods to consumers and make you enormous profits. But while your personal wealth has risen by around US $13 million per hour in 2020, these workers enter dangerous working conditions, enjoy little or no increase in their pay, and face retaliation for their efforts to defend themselves and organize their colleagues. We pledge again, alongside your workers, to Make Amazon Pay.

Your company's rise to dominance has come with extraordinary costs to our environment. While you have personally acknowledged the climate emergency among the defining challenges of our era, Amazon's carbon footprint is greater than two-thirds of the world's countries.

Your plan for emissions reduction is both insufficient to stay within the environmental boundaries of our planet and difficult to trust given Amazon's record of broken promises on sustainability and financial contributions to climate change denial.

We pledge again, on behalf of our planet, to Make Amazon Pay.

Finally, you have undermined our democracies and their capacity to respond to collective challenges. Your monopolistic practices have squeezed small businesses, your web services have disrespected data rights, and you have contributed a pittance in return. For example, in 2017 and 2018, Amazon paid zero US federal corporation tax. Through your global tax dodging, you damage the public provision of health, education, housing, social security and infrastructure.

We pledge again, for our constituents, to Make Amazon Pay.

We urge you to act decisively to change your policies and priorities to do right by your workers, their communities, and our planet. We stand ready to act in our respective legislatures to support the movement that is growing around the world to Make Amazon Pay.