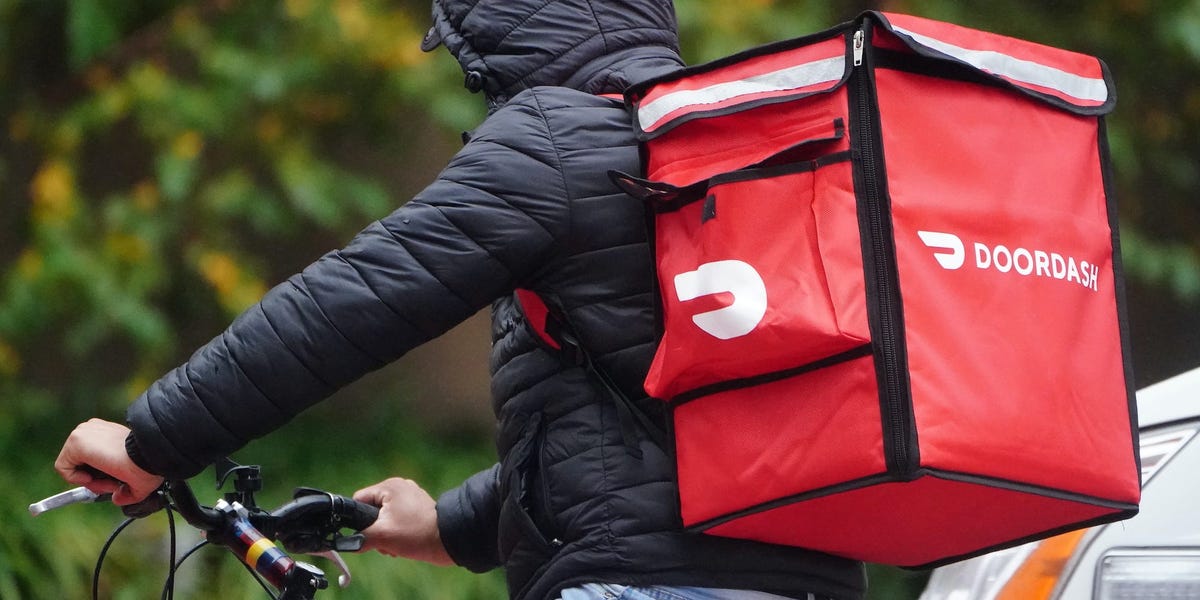 Food delivery startup DoorDash revealed this week it's looking to go public at a mammoth valuation of as much as $32 billion.

Paramount in justifying that fulsome price tag for investors is the astounding growth the company has achieved, especially among existing customers.

Importantly, much of the spending increase comes from repeat buyers, according to DoorDash's S-1 filing — a critical factor that indicates stickiness and bodes well for long-term profitability.

But as the DoorDash commences its initial public offering road show, a key chart in the company's registration document that compares order sales from new and existing customers has come under scrutiny, and experts say the company may need to refile its S-1 to clarify the issue.

Amid the nearly 300-page filing document, some experts have zeroed in on a wonky-looking chart that shows how order sales increased since 2018, distinguishing between the share of gross order value (GOV) coming from existing customers versus new customers.

"The chart is telling us 22%, not 15%. One of those two facts has to be incorrect," McCarthy told Business Insider in an interview.

The simplest explanation is that somebody flubbed the chart, but the data points and the broader story DoorDash tells in its S-1 remains intact.

But the chart is significant not just for the recent growth in consumer loyalty it portrays, but also because it divulges DoorDash's history of customer acquisitions and gross order value dating back to early 2018. Elsewhere in the filing, the company only discloses the underlying numbers for Q1 2019 onwards, McCarthy said.

McCarthy said the chart should be corrected or clarified in an amended S-1 filing to provide investors a better sense of these key consumer behavior metrics.

He's not the only one.

Jay Ritter, a professor at the University of Florida and expert on IPOs, said refiling the S-1 with clarified data was warranted given the significance of the numbers.

The graph in question is "material in terms of figuring out customer acquisition costs (CAC), life-time value of a customer (CLV), and how much of the total addressable market (TAM) has been reached," Ritter told Business Insider in an email. "My opinion is that a new S-1/A would be appropriate."

It may end up being an easy fix with a simple explanation, but the company would likely need to clarify the data in an amended S-1 filing, according to SEC guidelines, which require that "graphic presentations accurately represent their current business" and "are not confusing, do not obscure other prospectus disclosure, or give undue prominence to selected portions of the registrant's business or operations."